New Bird Flu Spreads: What You Need To Know

The deadly H7N9 has advanced beyond mainland China. 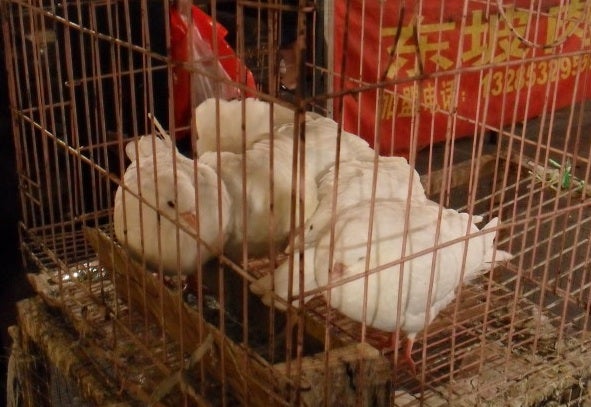 Caged domestic pigeons in a meat market in eastern China. This photo was taken in 2009, in a location several hours north by car from the provinces where confirmed H7N9 cases have occurred. felibrilu on Flickr, CC BY_NC 2.0
SHARE

The avian H7N9 virus keeps spreading in China and even beyond the mainland, with one case confirmed in Taiwan April 24.

We updated you on April 12 about the state of the outbreak. Since then, more people have gotten sick and died, and scientists are still scrambling to better understand how the virus works. Keiji Fukuda, the World Health Organization’s assistant director-general for health, security and the environment, said April 24 in Beijing, “This is an unusually dangerous virus for humans.” 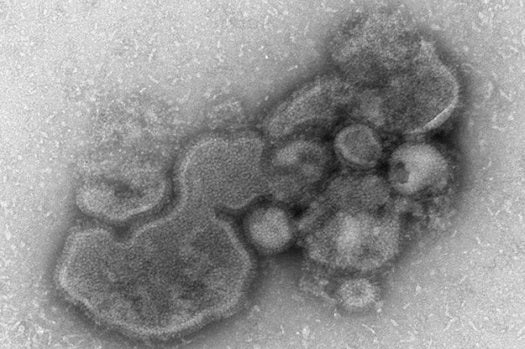 What is H7N9? The virus is a bird flu (a virus that originated from one adapted to attack birds) of a particular type. This outbreak is the first time an H7N9 virus has been found to infect people.

How many people have gotten sick? As of 4 p.m. April 23 in China, the flu has infected 108 people in China, mostly in the provinces around Shanghai, as well as one person in Taiwan who traveled regularly in eastern China. Most infected people have severe symptoms. Twenty-two people have died.

Is this a pandemic? There’s still no evidence that H7N9 spreads easily between people, a trait that’s necessary for a pandemic. Nevertheless, both Fukuda and the U.S. Centers for Disease Control and Prevention have said it wouldn’t be surprising if person-to-person transmission happened occasionally during this outbreak.

How do people get H7N9? At least in some cases, exactly how people are getting sick seems to be a mystery. Taiwanese officials said the infected Taiwanese man hadn’t been near birds when he visited China, nor had he eaten undercooked poultry or eggs.

While some families have had more than one member get sick at the same time, scientists aren’t sure if that means they’re getting the illness from each other, or if they’re simply all exposed to the same birds or other infectious factors, Fukuda said.

H7N9 does seem to move more easily from birds to people than H5N1, the bird flu that began infecting people in Asia in 2003, Fukuda said.

What does it mean when the World Health Organization says this is one of the most lethal flus scientists have ever seen? Many news outlets have reported on Fukuda’s comment that “this is definitely one of the most lethal influenza viruses that we have seen so far.” Fukuda is referring to how many people H7N9 kills, out of all the people it infects. So far, it’s killed 22 people out of 108 confirmed cases.

In the U.S., seasonal flu annually kills anywhere from 3,000 to 49,000 people (it’s different every year) of the five to 20 percent of the country’s entire population that gets infected.

What is China doing about this? The Chinese government has slowed H7N9’s spread by shutting down live poultry markets in hotspot areas, the Wall Street Journal reported.

Compared to its reaction to previous disease outbreaks, such as SARS, the Chinese government is being very open about what’s happening, allowing outsiders to track how much of a threat H7N9 will be, the Washington Post reported. Chinese scientists have published a paper about what happened to the first three people to die from H7N9. They’ve also shared virus samples and genetic information with scientists around the world.