Some places are more content than their GDP per capita would predict. 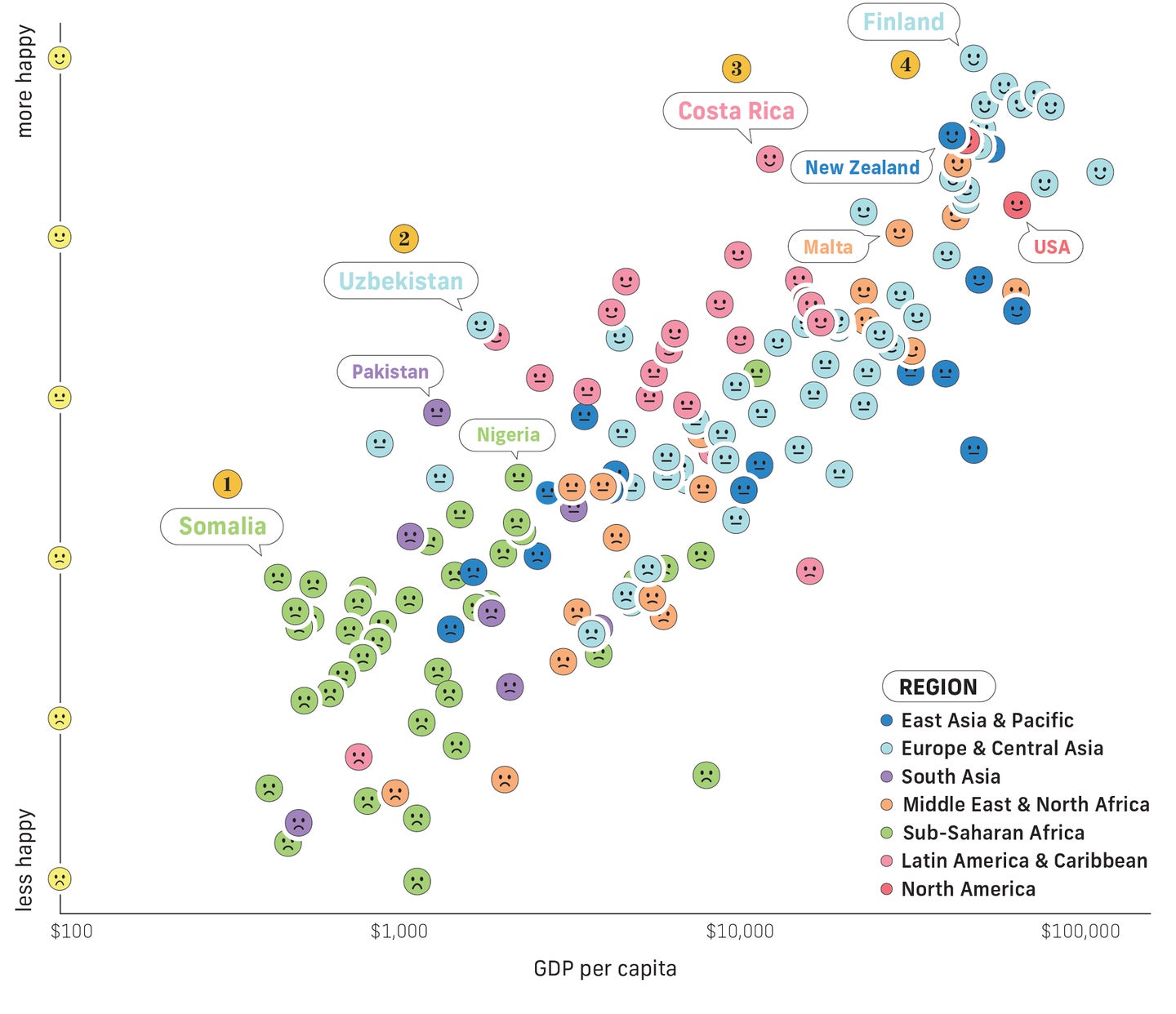 Each year, the makers of the World Happiness Report survey people from more than 150 countries and try to pinpoint a recipe for bliss. Wealth, to some extent, tends to raise contentedness, but several regions are more satisfied than their coffers alone can explain. Some secrets to a cheery existence include solid social support, a long life expectancy, plenty of freedom, and a lack of corruption. Those outliers exemplify how some countries rise above the mean.

1. Somalis enjoy tight-knit families, as their national culture tends to prioritize kin above all else. The resulting support network of female relatives lessens the burdens of childcare (from birth through rearing) on working mothers. Despite a civil war that’s been going on since 1991, surveys suggest it’s one of the most contented countries in Africa.

2. Most Central Asian nations remain dictatorships, so Uzbekistan stands out within the region—and the World Happiness Report indicates that a sense of freedom is a big mood booster. The country has taken some tentative steps against authoritarianism since long-term dictator Islam Karimov’s death in 2016, kindling hope among the Uzbeks.

3. Costa Rica’s Nicoya Peninsula is a “Blue Zone”—a place where locals frequently live past 100. The national average is 81 years, which is already far above Latin America’s average of 75. This longevity varies relatively little across income levels: The poorest Costa Ricans die at a rate 1.5 times higher than the wealthiest, while in the US it’s closer to 3.4.

4. Despite bone-chilling winters, Finland is the happiest country on Earth. It soars above Taiwan, which boasts a similar GDP per capita plus tropical breezes. Slimmer wage gaps and government mandates like long-term paid parental leave and free health care might be key; these perks relieve stressors, giving citizens fewer reasons to frown.