A baby was born with her own twin growing inside her

Here's how fetus in fetu happens. 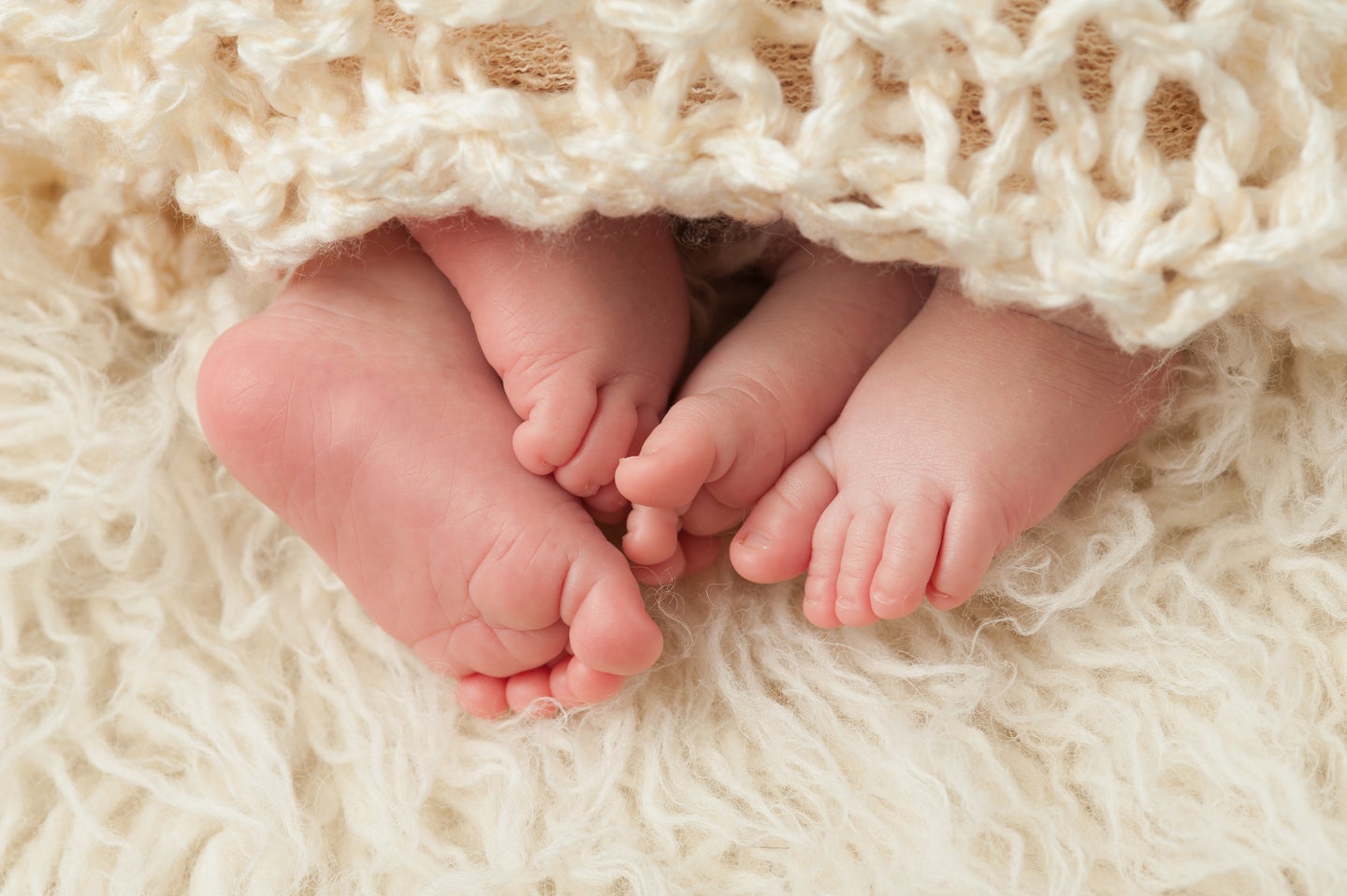 In February, doctors in Colombia delivered a baby girl whose twin was stuck inside her abdomen—and still growing. The New York Times reports that the child is doing well after the successful removal of her parasitic twin, which was partially developed but lacked a heart or brain. The phenomenon where someone carries a twin inside them is called fetus in fetu. It happens in approximately 1 in 500,000 births. You can hear more about it on the podcast below, or read on:

Fetus in fetu, or FIF, sounds much less bizarre and implausible if you understand how embryos form. You can’t just wind back the clock and see tinier and tinier fetuses; at some point, we have to go from being a single cell to being a body-shaped blob of cells to being something actually identifiable as a proto-human. This process unfolds similarly for every one of us, but in twins, some of those steps get a little trickier.

Fraternal twins develop when two eggs are independently fertilized by sperm and successfully implant in the uterus during the same cycle. But identical twins come from a single fertilized egg splitting at some point during the first week, when that single cell (the zygote) is transitioning into a cluster of cells, and then a slightly more complex cluster of cells, and finally a cluster with enough going on that we call it an embryo. During this time, it also makes a journey toward the uterus to latch onto a patch of wall to call home for roughly nine months. Identical twins can split at any time during that week-long window, and the sooner they do, the more independently they develop.

That pair of embryos will grow a lot in the three weeks after they split, but they actually remain flat for that first month of gestation. It’s only around week four that each embryo folds, like a tortilla being rolled into a burrito. It does this in a couple different directions, creating shapes that can eventually form body structures and organs.

Experts think that this is when fetus in fetu happens: if two halves of a recently-split fertilized egg are too close together when they start folding, one can get scooped right into another. The human body is pretty good at working with what it’s got (especially when what it’s got are extremely malleable stem cells) so sometimes, the absorber grows into a healthy fetus with its unfortunate twin tucked somewhere unobtrusive, and no one’s the wiser. The cases we end up hearing about usually come to light only when the living twin—months, years, or sometimes decades later—starts complaining of pain or swelling in their abdomen. This may be because parasitic twins that wind up in this particular spot have ample opportunities to tap into a great blood supply as they grow, which allows them to keep growing and developing. The fact that they’re close to important organs also means a large mass is bound to attract attention (or perhaps even put the living sibling at risk). But these parasitic embryos have also shown up in other parts of the body, including within the skull.

Only a hundred or so cases of this are on the books, but some experts argue that another, more common condition is related, or even a variation on the same phenomenon. We aren’t sure where to draw the line between FIF and teratomas, which are parasitic masses formed by embryonic sex cells that simply migrate to the wrong part of the body and start dividing as if they’re making an embryo. Most say a fetus in fetu will have developed a spine, while a teratoma will not. But it’s not totally clear how much of this distinction has to do with how the masses come to be, where they end up growing, or other, unknown factors. And some researchers have suggested that the distinction should focus more on how organized and recognizable the fetus-like features on the mass appear, rather than a specific piece of anatomy.

One thing we do know is that it’s possible for a fetus to absorb multiple fetuses. Consider, first, how rare it is for a fertilized egg to split into more than two developing embryos: identical triplets occur in about 20 births in a million. Now, consider how rare it is for a fetus to wrap itself around another fetus and carry on growing. A 2008 case study recounts an unfortunate infant born with 11 partially-formed fetuses throughout their abdominal cavity. Doctors had diagnosed the baby with abdominal cysts in-utero, and performed a cesarean section and abdominal surgery to try to save their patient, but the child died several weeks later. “We speculate that events in the first 2 weeks of development resulted in splitting of the original zygote into the host and another cell mass that underwent several subdivisions, resulting in multiple fetuses in fetu and an ovarian teratoma,” the case report states.

Luckily, the latest FIF case had a much happier outcome: a 3D/4D ultrasound helped diagnose the condition at 35 weeks, leading doctors to perform a C-section lest the abdominal mass crush the fetus’s internal organs during a vaginal delivery. Doctors performed laparoscopic surgery to remove the parasitic twin (which was two inches long and lacked major organs of its own) and the girl is recovering well. As prenatal imaging improves, we may become aware of more of these rare events, and perhaps gain a better understanding of how and why they occur.