How long can an event hold humanity’s attention? There’s an equation for that.

Societies forget, and this physicist wants to know why. 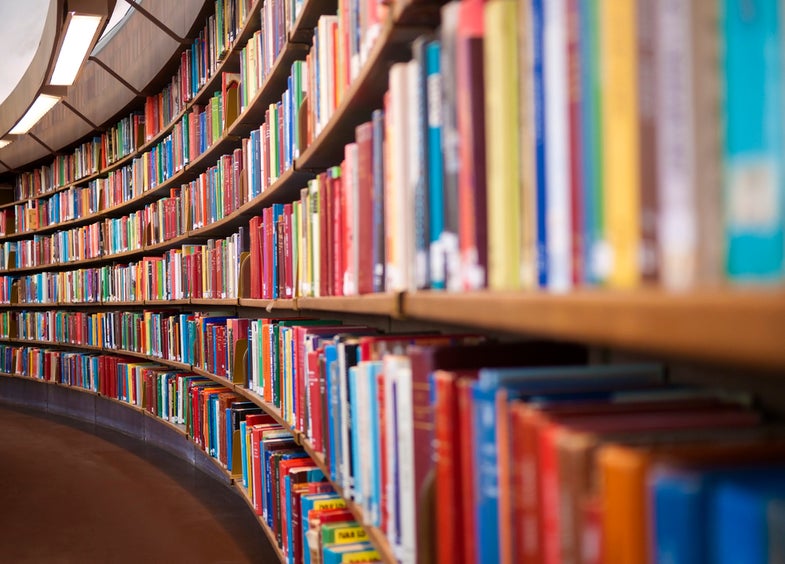 Collective memory is stored in books and other archives. But it still decays. Deposit Photos
SHARE

It’s not often you open a mathematical research paper and find a Pablo Neruda poem. But a new study in the journal Nature Human Behavior begins just like that: “Es tan corto el amor, y tan largo el olvido.” Translation? “Love is so short, forgetting is so long.”

The paper, titled “The universal decay of collective memory and attention,” is an ambitious attempt to turn the slow slippage of cultural memory—the way a hit song lingers, or doesn’t—into a quantitative method for measuring the way our attention to various cultural products declines. It seeks, in other words, to turn the most abstract cognitive phenomenon into a cold, hard equation.

The first step was finding a viable proxy for memory. Lead study author Cristian Candia, an experimental physicist turned social complexity researcher, chose attention. In the 21st century, our eyeballs are so efficiently monitored, our online behaviors so carefully measured, all Candia had to do was turn Wikipedia searches or YouTube views into actionable data.

From there, his team analyzed the collective attention paid to five different kinds of cultural objects: music, movies, athlete biographies, patents, and scientific papers. Across every domain, the authors argue, there is a universal truth to the decay of collective memory: two kinds of memory are at play, and one dissolves much more quickly than the other.

The first type of recall is called communicative memory. It comes about through conversation and social interaction—and declines fairly rapidly, according to the study. Look no further than Twitter to validate this theory: By 5 p.m., there have been so many phone notifications, hot takes, and memes, you’ve likely forgotten the breaking news that happened mere hours ago. It takes someone bringing it up again—in a retweet, or at a bar—to pull the moment back into focus.

Cultural memory, the second type of recall under analysis, is the kind you find in archives and on Wikipedia. When we’ve talked about something, decided on the contours of a story, we start to seal it away. The resulting record can be generated with a Google search, or found in the Dewey decimal system. Because it transcends person-to-person interaction, it’s much longer-lasting. When catastrophic events disrupt our cultural memory—when museums are plundered or libraries burned to the ground—it’s often deeply felt in a way the dissipating smoke of communicative memory rarely is.

The co-mingling of these memorial classes had serious repercussions for Candia’s math. Because societal recollection degraded on two different but simultaneous time horizons, the equation had to be biexponential—accounting for both factors at once. The result looked something like this:

The process of decline was similar among all of the artifacts the researchers studied, but the amount of time it took for each to fade varied by domain. Biographies lasted the longest, circulating in the collective memory for 20 to 30 years. Music disappeared the fastest, lasting just 5.6 years on average.

“[A]s a society, we are listening to pop artists, such as Ariana Grande, Maroon 5, or Mariah Carey,” Candia wrote in an email from Argentina. And their popularity is tied to communicative memory. As contemporary artists, their attention is garnered in “discos, bars, [and] friends meeting,” according to Candia.

While kids today stream classics like The Beatles, they do it with intentionality. Everyone has their personal canon, but an older band like The Beatles doesn’t often come up often in “acts of communication or socialization,” Candia says, the way today’s Top 40 hits do. Instead, Yellow Submarine and Hey Jude are preserved on Spotify, and John Lennon’s taped performances and interviews uploaded to YouTube. They’re not forgotten—but the way we access our collective memory of the British Invasion has changed.

As the authors methodically plot “how societies forget,” they also generate insights into how we remember. Research on memory suggests familiarity, simple rhymes, and narrative templates that make sense out of multiple events at once all help facts stick. This makes sense, given what we know of the evolution of storytelling. In her 2017 translation of The Odyssey, Emily Wilson writes about how each character is assigned an epithet, like “the many-turning Odysseus” or “prudent Penelope.” “This feature of the Homeric poem is a mark of their debt to a Greek oral tradition of poetic song that extends back hundreds of years before the poems in their current forms came into existence,” Wilson writes. Thousands of years have passed since this epic, a favorite of high school English teachers, was written, but we’re still reading it—and using its tricks to tell other stories.

For all the cocktail party facts Candia unearthed about music being forgotten, or athletes being remembered, he was primarily driven by the desire to make a universal model for this kind of decay—and he did. Now that it exists, it’s mostly up to others to make use of it. Media companies could use it to understand the virality of stories and record labels might plan their releases with this biexponential math in mind. But there are perhaps other, more probing uses, too.

Candia, for his part, wants to understand how death affects our collective memories of life. In 2019, he plans to publish another study about how the death of a public persona—and the obituaries, eulogies, and televised funerals that follow—can push them back into the public consciousness. The work could fuel research into our species’ tendency to forget large spans of history, with landmark events tucked away into our cultural memory, sans context of the surrounding years and minus the perspective of characters we don’t care for. Perhaps understanding how quickly these historical moments fade—morphing from the truth we lived to the condensed narrative we save for posterity—could keep us from constantly repeating ourselves.