Never underestimate the mind of a 10-month-old. 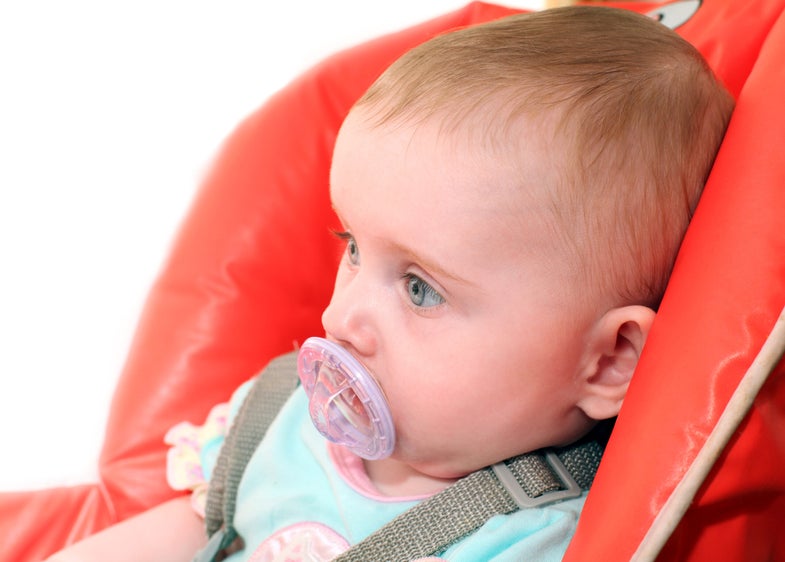 In life, we often go through a lot of effort to get what we want. In fact, we’ve created an entire economical model out of it. Value is a balance of two things: how rewarding a particular thing is and the effort a person must go through to obtain it. Both cost and reward depend on the situation and the person—your goal may not be the same as someone else’s goal—as well as the particular challenges it takes to get there. A lot of complex thought goes into weighing these transactions, but that’s just life. A new study out in the journal Science suggest that we may actually start thinking this way before we can walk.

Developmental psychologists have debated at what point humans achieve this sort of unified, intuitive weighting of goals. Are we born with it, or is this something that happens later in life, informed by tons of experience in decision making and goal achieving?

Researchers developed a video to figure this out. In it, characters (who look like tiny blobs) attempt to reach various goals by jumping onto higher blocks, or jumping from one tall block to another one with a gap between. Some characters take risky maneuvers, while others go through a safer route. When 10-month-olds (80 of them, to be precise) watched these characters, they paid more attention if a blob took a high-risk route to an object it had previously taken a low-risk route for. The longer look suggests infants were surprised by what they saw.

Apparently, tykes assumed the characters valued some goals more than others. If a character took a cautious route to achieve a certain object, babies noted that this particular avatar held that particular object in low regard. If the same character later took a risky trek to get to that object, babies were perplexed at the change in priorities.

In other words, babies may understand that some people put more emphasis on certain goals than others do, and that this changes depending on the risk associated with achieving that goal. When you see your baby gazing at you as you struggle to set up your coffee maker early in the morning, don’t worry—they understand. They can probably figure out that you’re going through the trouble because freshly-brewed caffeine is worth it to you, and that your partner (who can’t even be bothered to pour their own cup!) values it less. They might be surprised to see you rush out the door without your morning espresso on a particularly hectic day, with your partner left struggling to make the stuff for themselves.

The researchers write that “infants represent cost and reward as interconnected, abstract variables that they apply to a wide range of events … infants are responding to an abstract notion of cost, rather than specific physical path features.” They don’t just see an object as being worth a struggle or not, they expect that value to change based on individual goals and expectations.

The researchers now want to figure out whether infants learn the abstract costs of actions from experience, or if it’s something they are born with. Another explanation is that they use their intuitive concepts of physics, like the force and work needed to move or acquire certain objects, to appreciate cost. It could even be some combination of all three.

We’re only just starting to appreciate the cognitive experiences of the youngest members of our species, and more work is needed to know just how well babies understand these personal transactions. But for now, the study suggests that our desire to understand the actions of others starts way earlier than you might think.