Gotta fly? Wash your hands early and often to keep COVID-19 from following you home

Airports are crowded, confined areas that microbes thrive in. 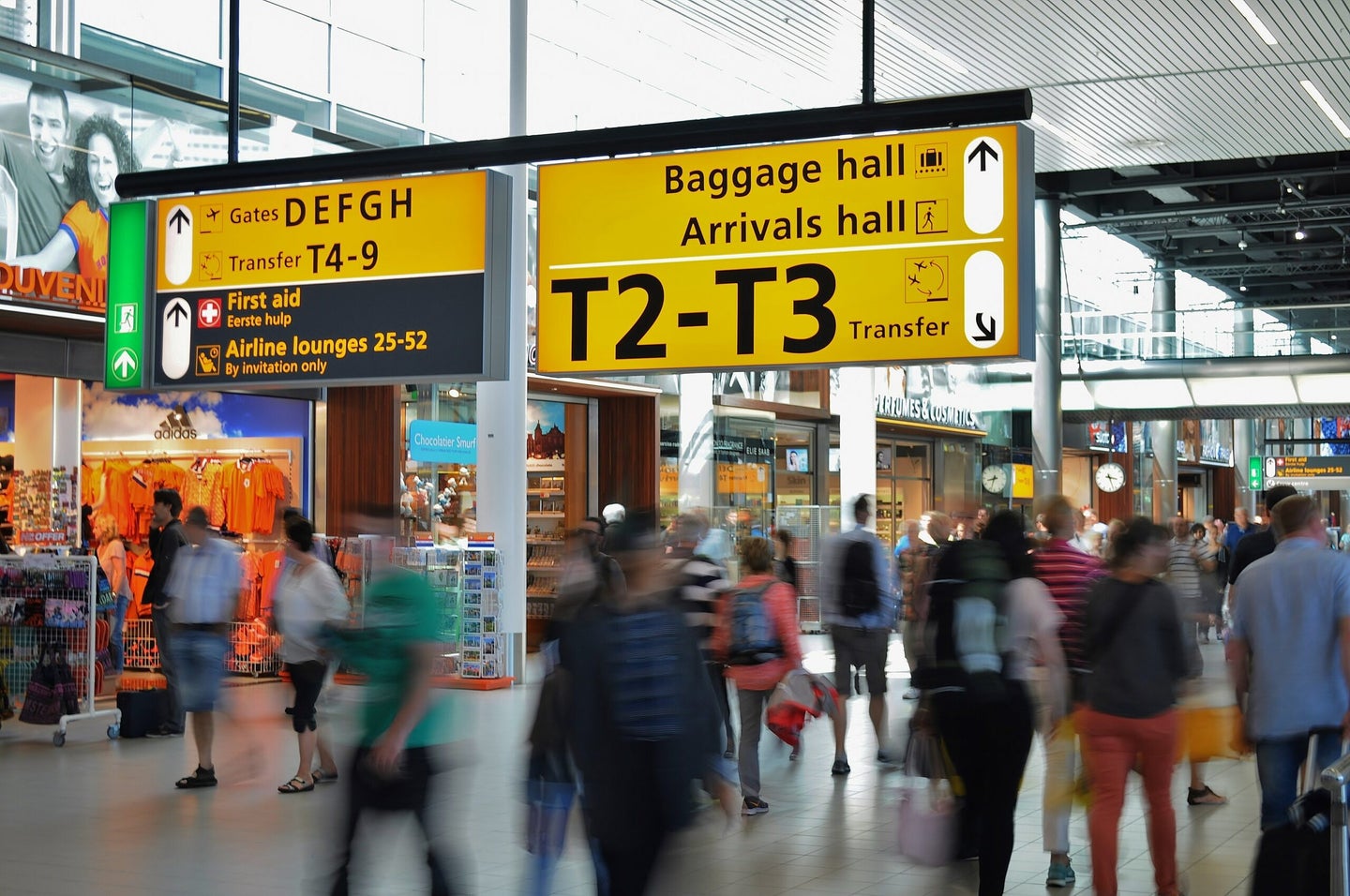 At the airport, wash your hands more than you think you should. Pexels
SHARE

Washing your hands prevents the spread of many diseases. Public health officials and doctors know it, and there’s studies to back it up. That includes one as recent as December 2019 which showed that if a small fraction of the people who pass through airports wash their hands with more regularity it could have a huge impact on the spread of a new disease such as COVID-19. But getting people to actually perform this illness-preventing measure is another story.

“People know that there is a disease now,” says study author Christos Nicolaides, a professor at the University of Cyprus who studies how contagions spread. That means far more people are likely washing their hands than they normally would, he says. But at any regular time, he says, only about one in five people in airports have clean hands.

That’s a problem, because airports are a main pathway for global disease spreading, Nicolaides says. After all, you can travel from a COVID-19 hotspot like China, Italy, or Iran to a part of the world where it hasn’t yet been detected in a matter of hours. Washing your hands along the way would decrease the likelihood of you picking up a disease from other passengers *or* spreading one to them.

As COVID-19 unfolds, those and other American airports are rushing to contain its spread by increasing the cleaning of airplanes and surfaces. Jeff Schlegelmilch, deputy director of the National Center for Disaster Preparedness at Columbia University, told Bloomberg that those kinds of interventions will help, but they’ll only be partially effective. People also need to wash their own hands and follow other recommendations for individual action, he told Bloomberg.

Airports are “crowded, confined areas with usually poor hygiene,” the researchers wrote. Using epidemiological modeling and simulations, they tested what would change if more people using the 2500 busiest airports worldwide simply washed their hands. They found that increased hand washing at all of those airports could slow down a pandemic by 24 to 69 percent—and that increased hand washing at just 10 specific airports could slow it down by up to 37 percent.

The researchers found that getting just 10 percent more people at those airports to wash their hands—bringing the total number of hand-washers up to a still-meager 30 percent—would decrease the impact of disease spread by 8 percent.

In either case, “the increase is marginal… but it’s quite difficult to achieve,” says Nicolaides. Getting people to change habits is extremely difficult, he says, and there’s not a lot of research out there that indicates what might get harried travelers to stop and wash their hands.

But some simple interventions might help. To start, airports could just make it easier to wash your hands by putting sinks in parts of the airport other than bathrooms, he says. Seeing a line of people cued up to hand wash as you roll your luggage from one gate to the next might be enough to increase hand washing. Putting up signs might also help, he says.

At this point, it’s not even really clear when you should be washing your hands in airports (other than before you eat and after you use the bathroom, which you should always do in any setting.) Air travel is a disorienting mishmash of bureaucratic processes, physical discomfort, and logistical complexities, and airports don’t generally contain a lot of cues to encourage you to wash your hands. If that isn’t enough, recent research identified those grubby security check trays everyone has to use as the highest-risk place to touch. So maybe start by washing your hands after you get through security.