Fighting climate change on a personal level works in a surprising way. 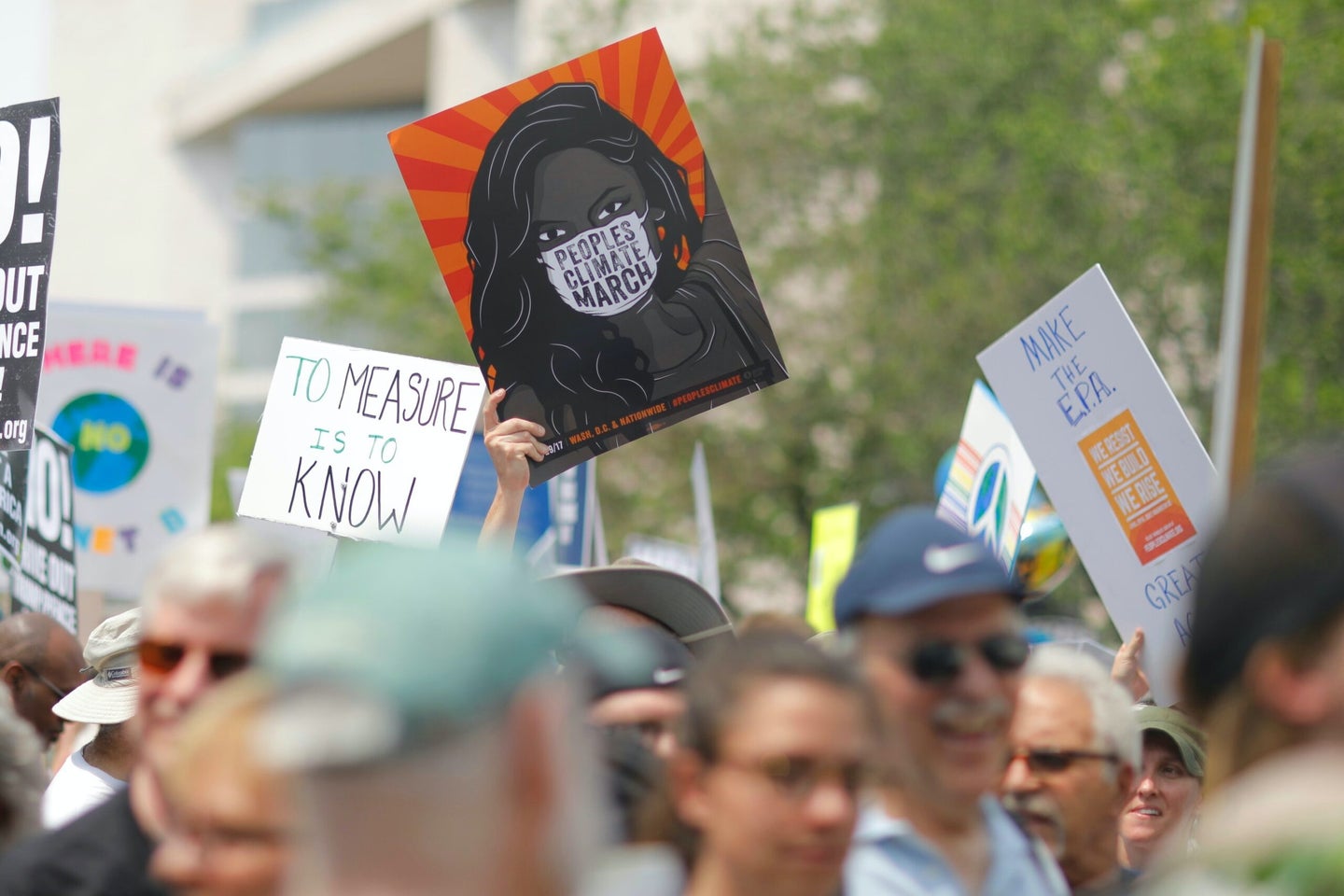 What normal people say and do has a bigger impact than climate models have predicted. The Climate Reality Project on Unsplash
SHARE

When it comes to personal action against climate change, sometimes it can feel like banging your fists against a brick wall. You can try as you might—but no matter what you do, it seems as though that giant structure in front of you will never fall. And lots of the climate modeling we see today reflects this—if big players don’t start acting soon, we are all up for a pretty challenging future.

However, just like in any prediction, there’s no way to know for certain how things will go, especially if key factors are left out. A study out last week in Nature delves into a few of these often underestimated factors, especially public opinion and public pressure on institutions. It shows that normal folks expressing our opinions and experiences may have a bigger impact on climate change than previously thought. In fact, in the majority of scenarios the experts considered, social and political factors kept global warming increases below the target set by the United Nation’s COP26 climate agreement.

“What this model is doing is trying to represent where climate change policy comes from and where emissions come from and, therefore, how they affect the climate system,” Frances Moore, lead author of the new study and an assistant professor at the University of California, Davis Department of Environmental Science and Policy tells Popular Science. “Then how [we studied how] that climate system feedback into social processes.”

[Related: 4 new myths about climate change—and how to debunk them.]

The group of researchers, which ranged from environmental scientists to computer scientists to psychologists, modeled out 100,000 potential scenarios that accounted for public opinion, adoption of pro-climate behavior, carbon pricing policy, emissions, and cognition of how climate change is affecting individuals. These factors have a tendency to bounce off of each other, creating feedback loops. For example, the more cognizant someone is about climate change, the more likely they are to have strong opinions and push for adoption of pro-climate behavior or policy change.

Additionally, this research offered more insight into the probability of which scenario we are likely to find ourselves in. Around half of the runs are stuck around baseline modal behavior, more or less the climate change path we’re on, where global emissions peak in the 2030s and eventually reach zero by 2080, which leaves the global temperature at around 2.3°C higher in 2091-2100 than in 1880-1910. But, the second-most common pathway is  “aggressive action.” Around 28 percent of the model runs showed rapid increases in policy, technology, and mitigation, bringing down emissions to about a 1.8°C rise by 2100.

Of course, there’s still a chance three other types of pathways could occur: that there will be technological issues, delayed responses, or a “too little too late” response that keeps the status quo until the planet is too far gone. All three of these potential pathways would lead to an above 3°C rise by the end of the century. But when it comes to how likely that is, all together these scenarios only make up about a fifth of the model outcomes.

“Standard climate modeling does not put this probability of different emissions scenarios—it’s really not set up to provide this information to adaptation planners,” Moore says. “This kind of approach can help to do that.”

Nevertheless, if we account for these socio-political factors, around 80 percent of the time the planet is on a better track than what is to be expected from COP26 pledges and goals, which would stick the planet at about 2.7°C hotter by the end of the century.

“Our research suggests that feedbacks between climate change and the social system will limit the extent of human-caused greenhouse gas emissions and projected climate change—and this is not reflected in the fixed emissions pathways,” Brian Beckage, a University of Vermont professor with joint appointments in the Department of Plant Biology and Computer Science, said in a release. “Changing policies, new technologies, direct experience of the weather, shifting opinion, social conformity, and many other factors change our perceptions of climate change and create feedbacks into the system. And these feedbacks reinforce each other and they can lead to rapid changes in behavior that the fixed narratives in other models don’t consider.”

So if you’re getting exhausted out there fighting a seemingly impossible fight against greenhouse gas emissions and all the horrors that climate change threatens to bring, you’re not alone. Chances are, you’re helping more than you might think.