Should Animals Be Able To Sue Their Owners?

One group of lawyers thinks so--and vows not to quit until they succeed. 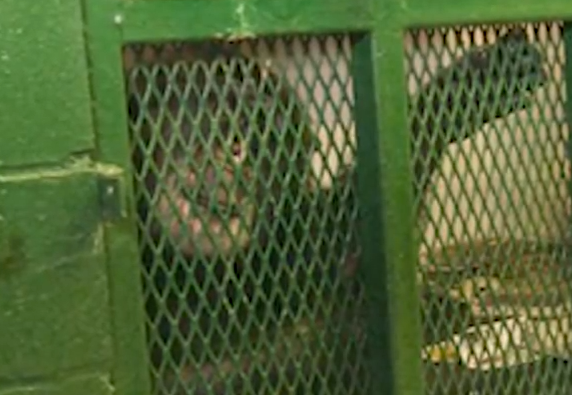 Tommy, a chimpanzee in upstate New York has become the first non-human primate to sue its captor, in an effort to become free. But it’s not like the chimp actually walked into a courtroom and filed papers himself. Rather, a group of lawyers, led by Steven Wise, filed a suit on behalf of the animal on Dec. 10, as the plaintiff. The complaint: that Tommy was kept in a dank and dark cage within a trailer, unfit for an animal that needs much more space and freedom. A legal move like this was basically unheard of, since animals are considered private property, things without rights of their own.

But as detailed in a long and gripping piece in the New York Times Magazine–illustrated with photos of styled chimps in court–Wise and other lawyers are trying to change that, arguing that chimpanzees (and other animals like orangutans, dolphins, and elephants) are autonomous, and due to their intelligence deserve the same rights under the law as human persons:

Wise is pursuing the legal argument of habeas corpus, or a “court order requiring that a prisoner be brought before a judge by his or her captor in order to rule on the legality of that prisoner’s detainment.” This argument has been used to grant personhood to those previously denied it, such as in the case of a British slave named James Somerset. A number of non-human entities are also already seen under the law as persons, including corporations, states, and even rivers (as in one case in New Zealand). Wise said he thinks that he will eventually be able to convince a judge that chimpanzees and other intelligent animals deserve such rights.

Wise’s case for Tommy was denied and he hasn’t yet succeeded in his other suits, but he presses on.

Read the full story in the Times Magazine.