Lab Mice Are Stressed Out By Male Scientists, Which May Skew Results

The animals seem calmer around women. 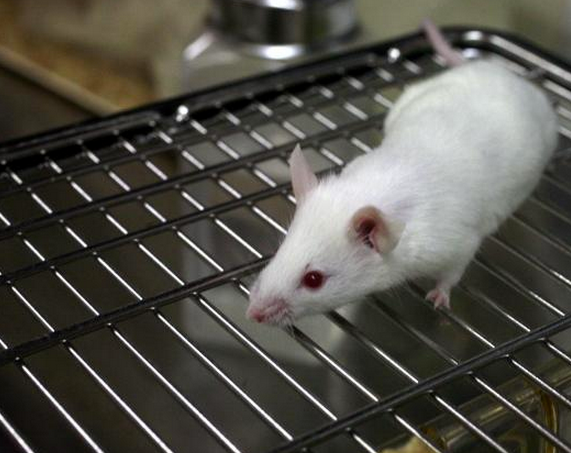 Mice get stressed out in response to human men, but not women, a new study shows. _Why would I care? I’m not a mouse psychologist. _Well, this is actually a big deal, since reams and reams of research have been done using mice as, well, “lab rats,” without realizing that the gender of the scientist could be confounding the results.

Confounding how? The new study, published in _Nature Methods,_ found that mice exposed to male experimenters were much less sensitive to pain than control animals. The same effect was seen when mice were exposed to shirts worn by men, men’s underarm secretions, or bedding used by other male mammals. Thus, for example, if a male researcher were testing how a certain compound effected pain tolerance, the results could be swayed.

“People have not paid attention to this in the entire history of scientific research of animals,” Jeffrey Mogil, a pain researcher at McGill University and lead author of the study, told The Verge. “I think that it may have confounded, to whatever degree, some very large subset of existing research.”

It also stands to reason that stressed-out mice could mess up data in other ways, and the scientists suggest this effect may be one reason why many studies involving mice can’t be replicated.

The scientists think that the mice are reacting to the scent of a male, human or mouse, and what the mice really fear is the presence of another male mouse, not necessarily a human, and are spurred by competition to ready themselves for a fight-or-flight scenario.

If shirts from men and women are presented to mice at the same time, they don’t get stressed out, suggesting that what the mice really fear is a lone male. In nature, such a solitary lad would be “up to no good — either hunting or defending his territory,” Mogil said. One possibility is “to fire all the men–or have them chaperoned by a woman,” Mogil joked to The Verge. Likewise the mice settle down after about 45 minutes of exposure to a male experimenter.

For the record, there appear to be slightly more male researchers in biosciences than females. In 2010, for example, there were 12,185 male post-docs, and 9,352 female post-docs, according to the National Science Foundation. But the ratio may even out in the future–the same year, 53 percent of bioscience doctoral students were women.

The award for the worst headline on stories covering this study goes to the Daily Mail: “Is this why women are more scared of mice?”