Why seaweed is a natural fit for replacing certain plastics

Five out of eight finalists for a million-dollar sustainability prize floated algae as an alternative for plastic film. 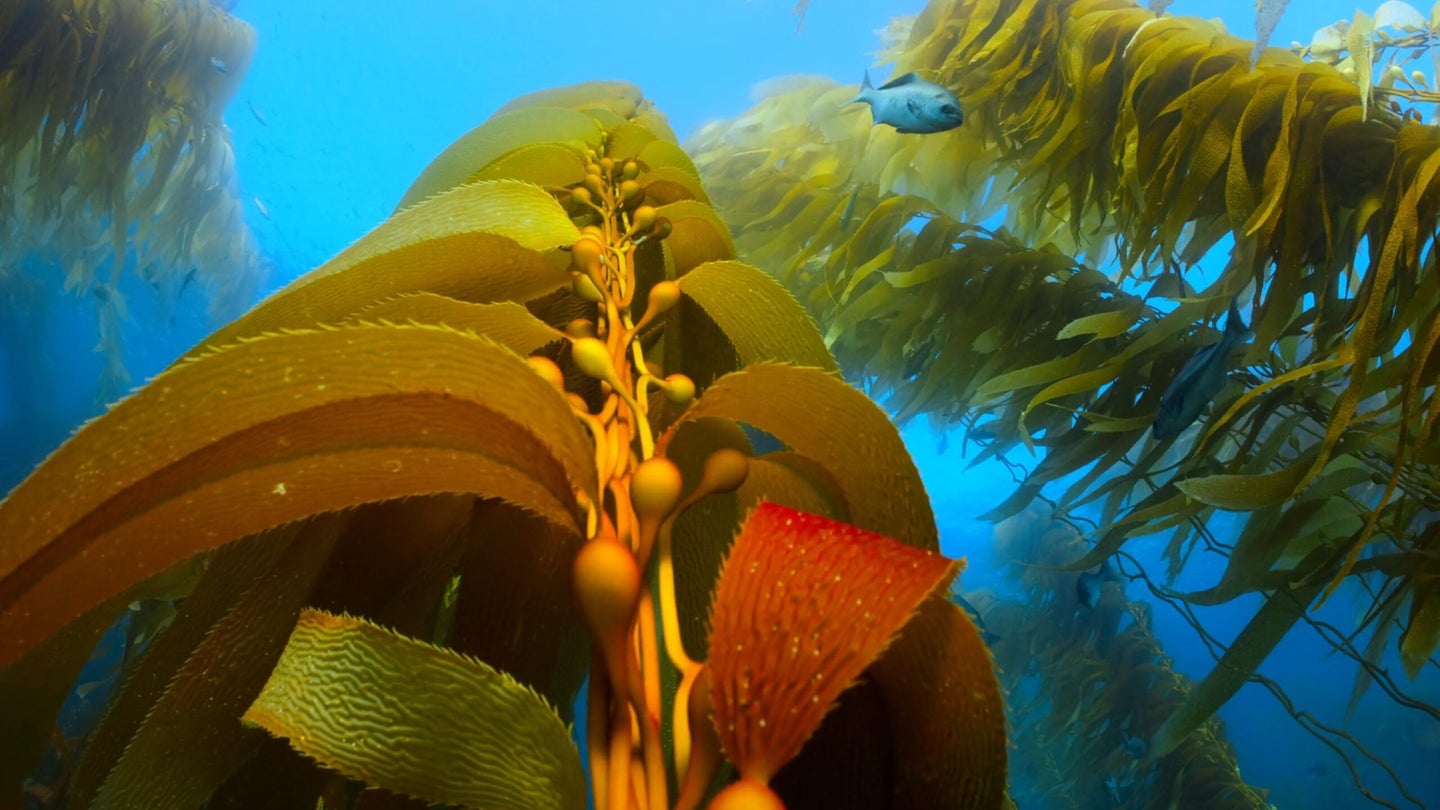 Making plastic alternatives from plants has a multitude of environmental benefits. Oleksandr Sushko on Unsplash
SHARE

Plastic film can be a menace to the environment. The super-thin material that makes up baggies and shrink wrap has proven to be one of the trickier plastics to recycle—and often ends up festering in landfills or in the ocean. And when humans go through hundreds of billions of plastic bags each year globally, that can make for a gigantic problem.

So, it calls for a equally gigantic solution. Just this week American fashion company Tom Ford announced the finalists for its $1.2 million Plastic Innovation Prize. Out of 64 applicants spanning six continents, eight were selected to material test their concepts for plastic alternatives. After a year, three winners will be chosen to share the prize and continue to develop their product, says Dune Ives, executive director of the environmental nonprofit Lonely Whale, which is co-leading the competition.

While the finalists wrapped everything from agricultural waste to peas into their approaches, they had one clear favorite when it came to a plastic substitute: More than half of them used algae in some shape or form in their designs. “Seaweed and kelp are called the lungs of the ocean,” says Ives. “Over the last several years we have seen more farming to help to solve nearshore coastal ecosystem issues, like warming, acidification, and deoxygenation.” Currently, seaweed is used in products like food additives, fertilizers, and supplements—but as abundance grows, so might innovative uses.

[Related: Adding enzymes to bioplastics can make them disappear]

Out of the eight finalists, five make bioplastic or plastic film alternatives out of seaweed, kelp, or another algae. Competitors from the UK included Kelpi, which makes compostable and low-carbon bioplastic packaging, and Notpla, which creates natural-membrane packaging that was used in water pouches for London Marathon runners in 2019. Zerocircle, based in Guragaon, India, turns local seaweed into dissolvable, ocean-safe packaging. Sway, based out of Berkeley, California, also works with seaweed for a home-compostable thin-film plastic alternative. Finally, Marea in Iceland uses local algae to design yet another biofilm alternative that fully degrades in the environment.

The journey from a slimy green plant to plastic-like material can be a stretch for the imagination. But it’s a shockingly simple concept, explains Mike Allen, lead scientist at Blue Microbe, a marine bioscience group based in the UK, and associate professor of single cell genomics at University of Exeter. Plastic manufacturing  requires stringing “basic building blocks” of chemistry into different polymers. Those building blocks, Allen says, can come from most anything. In traditional plastics, they’re typically the result of crude oil that’s extracted from the ground, is refined into polymers, and formed into a clear, durable resin.

The same process applies to seaweed, Allen explains. (After all, fossil fuels are just squeezed remains of ancient flora and fauna.) The plant can be whittled down to its carbons and sugars, and then chemically shaped into building blocks. Once the bonds that hold the plant together are broken down, “you get similar biobricks, essentially,” Allen says. Those “biobricks” can then be used to make an entirely new product.

The cool thing about turning seaweed into industrial materials is there are assets in its natural qualities, too. Therefore, reengineering all the way to traditional plastics isn’t always necessary. “The really clever bioplastics, the biodegradable ones, are going less along that scale,” Allen says. “They aren’t breaking down as much, and are retaining some of their properties like hydrophobicity and permeability. Some of them are biologically active. They have sort of antimicrobial things like that, which are very different to traditional plastics.” Retaining some of these characteristics can help plastic alternatives break down faster, maintain edibility, and resist bacteria.

All five algae-based finalists in the competition are designed to decompose and biodegrade. Notpla, for example, breaks down in home compost in about 10 days. Meanwhile, Zerocircle’s founder and director Neha Jain says its alternative can break down in marine environments in a matter of hours, depending on the temperature of the water. Seaweed is also incredibly bountiful, appearing pretty much anywhere there’s a beach (sometimes it’s even labeled as a disastrous environmental nuisance). Not to mention, it grows plentifully without using agricultural lands—and the freshwater, pesticides, and fertilizers that farms depend so much on these days.

[Related: Old fish bones could make the eco-friendly plastic we’ve been waiting for]

“The only space left for growth is really the oceans,” says Allen. “But you’re not going to be growing trees or crops in the ocean, so your option is pretty much seaweed.”

Still, it will take many more steps beyond material testing to scale up seaweed-made bioplastics to bring to market. “​​Plastic-production technologies have gone through more than 70 years of improvement to reach the current output levels,” Zerocircle’s Jain says. “Achieving the same efficiency and production capacity from any alternative will take time and encouragement globally.”

Additionally, Allen emphasizes that swapping out one type of plastic for another won’t make the world any less dependent on disposables. The Plastic Innovation Prize finalists have a chance to address that as well.

“While we don’t wish to see seaweed-based packaging everywhere traditional plastic currently exists, we believe it’s the optimal solution for the many situations where thin-film packaging plays a vital and irreplaceable function,” says Sway co-founder and CEO Julia Marsh.

As the competitors dive into testing their plastic alternatives, they’ll be matched up with major apparel brands like J. Crew, Nike, and Tom Ford to test the products along working supply chains. The products will also be tested for marine animal and environmental safety by the Seattle Aquarium. Which bioplastic will come out on top, be it seaweed or otherwise, will be uncovered in just another year.

Editor’s Disclosure: Matt Sechrest—managing partner of North Equity, the lead investor in Popular Science’s parent company, Recurrent Ventures—is an advisor for the Tom Ford Prize. He was not involved in the assigning, writing, or editing of this story.