The Great Lakes may be souring just like our oceans

Carbon pollution could be turning the lakes more acidic. A lack of data has left scientists with more questions than answers. 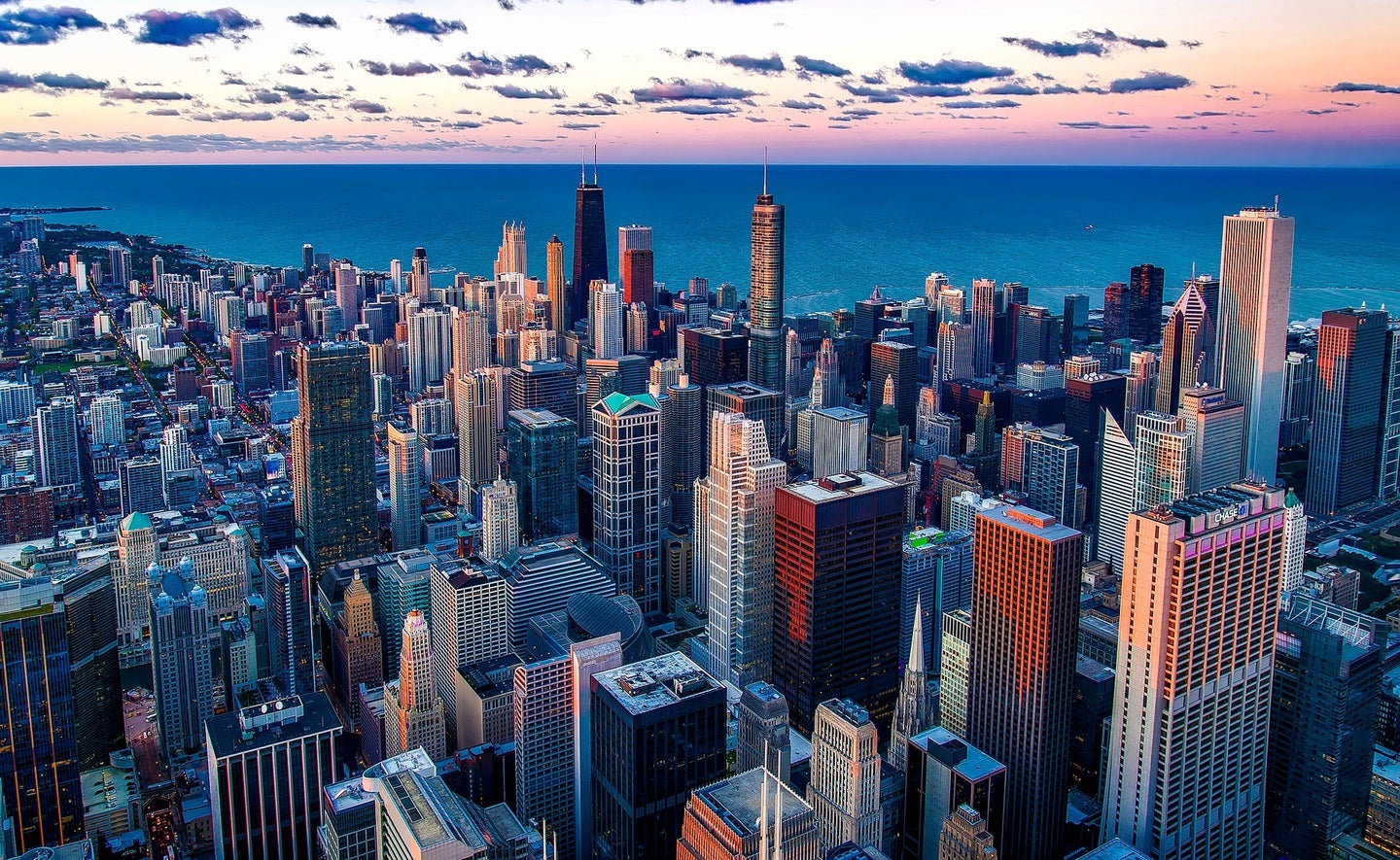 Imagine diving into the shallow waters off the coast of Lake Michigan. You can see bare rocks and sand as you descend. Pinky-size spottail shiners swim by, shimmering in silver. When you reach the bottom, an indigenous yellow spotted molted sculpin is lying flat on its belly, flapping its boney fins like wings. “That was at least 20 years ago,” said Harvey Bootsma, a freshwater scientist at the University of Wisconsin-Milwaukee, who has been studying Lake Michigan for decades. “Even though [the lake] may look similar on the surface to what it did 20 or 30 years ago, underneath the surface, it has changed a lot,” he said. Mercury pollution has eroded the health of wildlife, while invasive mussels have gobbled up phytoplankton at the base of the food chain, clearing the water. However, there may be another potential danger brewing in the lakes: water acidification. Pollution from cars, planes, factories, farms, and power plants is driving up the level of heat-trapping carbon dioxide. Some of that carbon dioxide is then dissolving into oceans and lakes, turning waters more acidic. “Based on the chemistry of the Great Lakes, they should be responding to the increase in atmospheric concentration of carbon dioxide,” Bootsma said. Scientists have focused on ocean acidification, called “climate change’s evil twin,” while overlooking the acidification of lakes and rivers, so not much is known about what carbon pollution means for the Great Lakes. Research is sorely needed to determine how it might be impacting the creatures who inhabit the lake. But the little amount that scientists do understand about acidification is cause for concern.

“We don’t have any evidence that acidification is doing anything harmful to the Great Lakes, but we do know that coral reefs are being harmed in the ocean,” Bootsma said. “Sometimes that ends up with the Great Lakes being a little bit neglected.” Because there is a surfeit of data on oceans and a paucity of data on lakes, the government tends to prioritize funding for research into ocean acidification over lake acidification.

“The first need is just for the use of better instruments and for more continuous records,” he said. “That’s the only way we’re really going to understand the factors that affect the pH in the Great Lakes, and whether the pH is changing over the long term.” Several factors make it challenging to study lake acidification.

“It is difficult to determine exactly how the lake is responding to atmospheric CO2,” Bootsma said, “because any effect of the atmospheric CO2 is being complicated or masked by all these other things that are going on,” such as acid rain, acid runoff from mines, and the small amount of carbon dioxide that enters the water when fish exhale.

There is good reason to suspect carbon pollution may be turning the Great Lakes more acidic. In 2018, researchers studying four artificial lakes in Germany found the first evidence that carbon was acidifying freshwater. More research is needed to investigate whether other lakes are also susceptible to carbon pollution, though the initial study is troubling.

“We know [lakes] are very highly involved in the global carbon cycle,” said Linda Weiss, a biologist at Ruhr University and lead author of the study. “It is reasonable to estimate that they are prone to CO2 accumulation.”

In addition to showing that the carbon pollution was turning the artificial lakes more acidic, the German study also found that acidification was harming the creatures living in the lakes. Elevated levels of carbon dioxide were making it harder for Daphnia, known as water fleas, to sense and defend against predators.

“These kinds of studies are important,” Bootsma said. “It’s getting at some of the questions that we have. Is CO2 changing the lake? Does it have any effect at all? Or do none of the animals really care?”

Several studies have shown that too much carbon dioxide can be harmful to freshwater fish. A 2015 study placed baby pink salmon in water with artificially high levels of carbon dioxide and found that the resulting acidification stunted their growth. A 2013 study looked at how invasive carp species in Lake Michigan responded to elevated levels of CO2, which turned the water slightly more acidic. They found that fish avoided areas rich in carbon dioxide and suggested CO2 could be used to create underwater barriers that would prevent carp from colonizing more of the lake.

“It’s not a bubble curtain. It’s not like a tactile barrier,” said Cory Suski, an ecologist at the University of Illinois Urbana-Champaign and co-author of the carp study. Carbon dioxide makes fish feel “woozy” like anesthetic gas given to patients in surgery. Suski’s research suggests that fish migration patterns may change as more carbon dioxide accumulates in freshwaters.

In addition to the growth and constricting the movement of fish, acidification can also disrupt the food chain. A 2004 study showed that phytoplankton — which is currently threatened by invasive mussels in Lake Michigan —may grow smaller in water with more carbon dioxide, meaning there is less food for the species that depend on them.

This is a growing threat for the Great Lakes. While scientists have not found firm evidence that carbon pollution is turning the lakes more acidic, they think this is likely the case. “One thing we know —which is common knowledge for people who do these kinds of studies — is that atmospheric carbon dioxide concentrations are still continuing to go up at a fairly rapid rate,” Bootsma said.

A 2015 study projected the Great Lakes will acidify at roughly the same rate as the oceans in the years to come, though scientists are still not sure how the concentration of CO2 will affect the Great Lakes. “One of the challenges with the Great Lakes is making people aware of what’s going on,” Bootsma said. “We do it a lot through underwater videos. We can’t bring people into the lake, but we can bring the lake to the people.”

Tiffany Chen is a journalist based in Chicago, Illinois. You can follow her @tiffanyching673. Nexus Media is a syndicated newswire covering climate, energy, policy, art and culture.