California wildfires may give way to massive mudslides 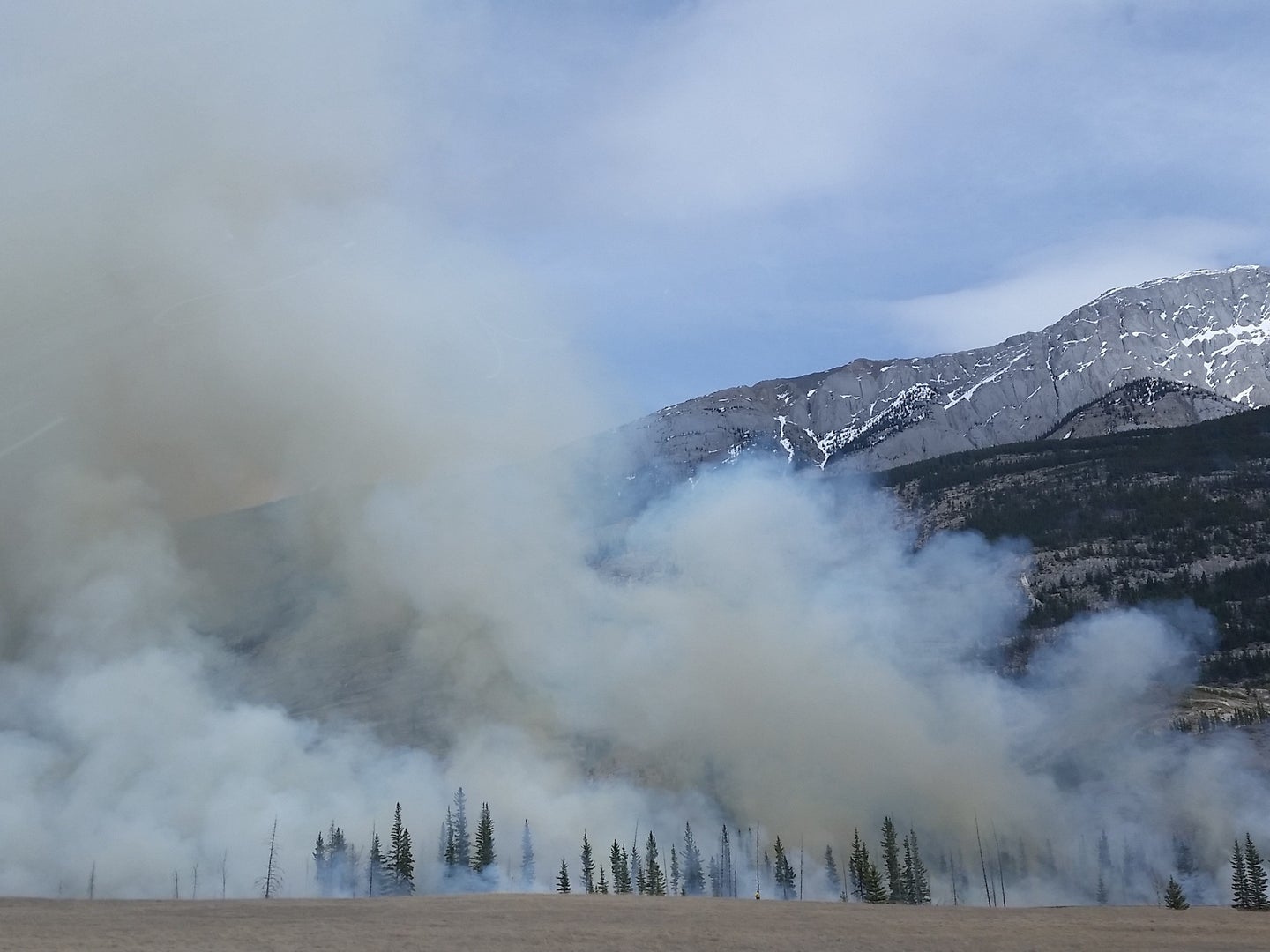 After a fire, the danger isn't over. Pixabay
SHARE

As wildfires bear down on the West Coast, many have lost their homes or had to evacuate. Those who aren’t in the direct path of the flames are breathing some of the unhealthiest air in the world. Understandably, residents may be hoping for rain to douse—or at least slow down—the inferno.

“While I’m totally hoping for the same thing, I’m [also] just biting my nails, worrying about what’s going to happen next,” says Newsha Ajami, a hydrologist focused on urban water policy at Stanford University.  Her concern is that the rain that follows these disastrous blazes will bring its own hazard: toxic chemicals. Geologists are also warning of the danger of destructive debris flows.

Flames that enter communities and burn up electronics, cars, and industrial equipment can release metals and chemicals. When rain hits the charred remnants, it can transport those harmful materials into rivers, streams, and water bodies. Large fires can also heat up plastic pipes in the ground, causing them to leach chemicals into the water supply.

Earlier this month, the San Lorenzo Valley Water District, which serves areas affected by the CZA Lightning Complex Fire, reported levels of benzene—a known carcinogen—exceeding state health standards. The district stated that particles from burnt structures had likely been drawn into the water system. Similar contamination problems occurred after the Tubbs Fire in Santa Rosa, and in Paradise after the Camp Fire, as E&E News Reports.

Ajami says that, right now, officials can’t do much while the fires are still ongoing. Once the flames die down, agencies like the state water resources board and the Army Corps of Engineers will need to go in and clean up debris before rains mobilize any toxic byproducts. It may also be necessary to set up sediment barriers to trap contaminated soils from entering water supplies.

And that’s just one concern. Fires can also bring about another catastrophe: debris flows.

Normally, when rain falls the droplets are intercepted by leaves, branches, or grasses before hitting the ground, explains Ann Youberg, a senior research scientist with the Arizona Geological Survey. Leaf litter atop the soil also cushions the impact. All of this reduces the energy of the descending droplets.

When fires burn up vegetation, the charred remains become hydrophobic—meaning they repel away any water. The soil is also very dry, which counterintuitively makes it harder for water to infiltrate. Water molecules like to adhere to one another, so without any present in the ground to help the flow, they tend to stay on top of the soil. Fires can also destroy the natural clumps in soil, increasing their erodibility.

Altogether, this means that water is hitting the ground with more force and the soil is unable to suck it up. That water will instead run downhill, collecting sediment, rocks and other debris. If slopes are steep enough and the soil erodible, these flows can become massive. Sometimes sediments can build up in natural gullies, causing water to pool up as well. “That builds up … to the point where it becomes unstable,” says Youberg. “And then it’s like a dam breach.”

The same intensity of rain can generate overland flows more than 10 times greater in areas recently burned compared to those without fire, says Mikhail Chester, an environmental engineer at Arizona State University. The tragic 2018 mudslide in Montecito, California is just one example of a post-fire flood. After the Thomas Fire burned across hills around the town, rain led to a kind of muddy avalanche so powerful it carried entire boulders. 23 people died and 130 homes were destroyed.

The high-intensity fires racing around the West may be setting us up for similar mud flows. “When you have higher intensity fires … you have more of the landscape that can produce these post-fire debris flows,” says Youberg. Geologists can’t do much while the fires are still active, but researchers in the U.S. Geological Survey will be able to assess burned areas and create hazard maps, enabling USGS to issue warnings if a storm threatens to tip off a mud flow near a community.

In a recent mapping project, researchers at Arizona State University and the University of California, Los Angeles found that debris flow risk in areas that experience fires will generally increase as climate change progresses. The project took data on the soil and slopes across California and then included wildfire risk and climate projections, and used that to show which roadways were vulnerable to post-fire debris flows. Ominously, the debris flow risk is shown to be high in areas recently burned, such as in the Santa Cruz Mountains.  “As you move forward into the future under climate change, do things get worse [for debris flows]?” he says. “And the answer is: generally, yes. That has profound implications for people in California and, more fundamentally, how we manage infrastructure.”

In addition to blocking travellers and potentially damaging cars, debris flows can stop people from reaching critical services like hospitals. Utilities—like power, communication, water, and sewer lines—are usually located alongside roads, so those are also threatened.

The potential for dangerous mud flows reveals the unanticipated, cascading effects that can occur with warming global temperatures. “At some point, we have to put prevention ahead of reaction,” says Ajami. “Maybe we should not have communities living in fire-prone areas.” In forested towns prone to fire and floods, it may be necessary for people to eventually move to more-developed areas. A similar sort of climate change retreat is already happening in places like Louisiana, where officials are encouraging residents to move to higher ground instead of rebuilding homes increasingly flooded as sea levels rise.

We’re grappling with a new chaotic and climate-changed reality. Chester says that means we need to accept that infrastructure will fail, and think about how to keep people safe despite that. “We might have to shift our hats and think that [damaging debris flows] might be inevitable.” he says. “But we still have to design cities, towns, and rural areas in ways that people are protected for when that inevitability happens.”