Everything you need to know about the current blazes. 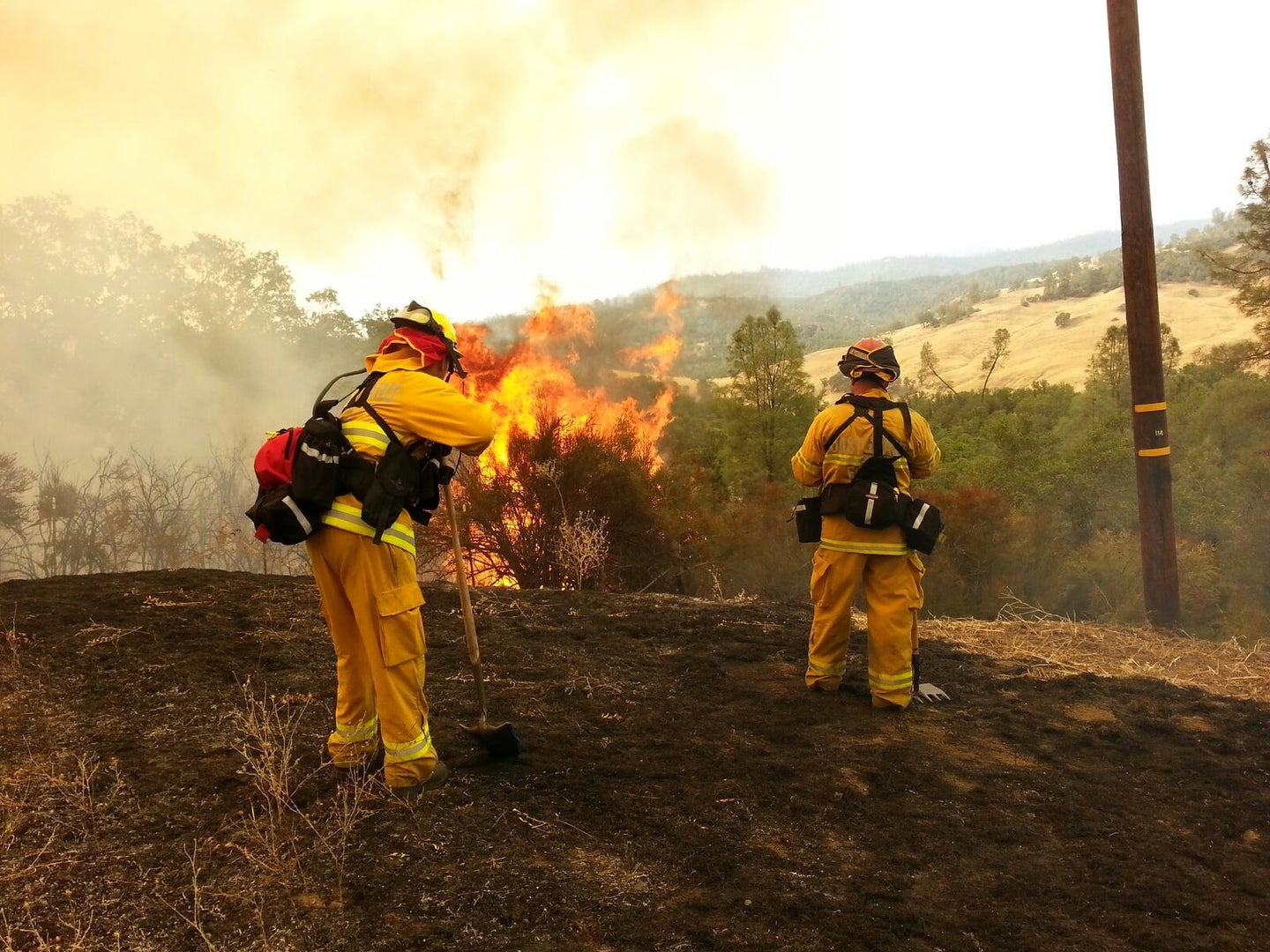 Fires are raging in California. The Kincade Fire has consumed 75,000 acres and counting. That’s more than twice the area of San Francisco, which sits 75 miles to the south. And the Getty Fire, named for the nearby museum, has triggered evacuations, cancelled classes, and road closures in Los Angeles.

Both fires threaten homes, businesses, and human health. (Among other dangers, wildfires can create dangerously low air quality.) But each blaze tells a bigger story. Like west coast wildfires past, they’re a smoking gun in a complex case of natural systems colliding with human folly.

California has been burning since time immemorial. The golden state has two naturally-occurring “fire regimes,” says Malcolm North, a research scientist with the U.S. Forest Service and an ecologist at the University of California, Davis. One is within the state’s abundant forests, where dense networks of conifers historically burned every 10 to 15 years. In the last century or so, human-led fire suppression tactics have disrupted these cycles. Now, literal tons of excess kindling in the form of dead trees are waiting for a spark.

The other, weather-driven system occurs in chaparral and oak woodlands, like the kind you find in the hills of West L.A. “It’s because you have a peculiar wind situation,” says Stephen Pyne, a fire historian and the author of dozens of books about flame. Every autumn, cold winds spill over the mountains toward the coast, where they meet a low-pressure system that pushes back against the blows. In southern California, these are known as the Santa Ana winds and in the Bay Area, they’re the Diablo winds. The phenomenon extends all the way north to Oregon, where locals call it the east winds.

But humans aren’t exactly helping. Fire season in the state has grown by 75 days since the 1970s. “Almost all the fire ecologists and scientists agree it pretty much has the fingerprints of climate change on it,” North says. As the wet season shrinks, the precipitation that historically suppressed fires come later or not at all. But the aggravating winds continue to arrive on time. Without this rainy reprieve, “fire season” can last all year long.

Electrical utilities are also under increasing scrutiny. On Oct. 24, Pacific Gas & Electric, better known as PG&E, the area’s main supplier of gas and electricity, reported a broken jumper wire near the origin of the Kincade fire in northern California. Correlation isn’t causation, of course, and the California Department of Forestry and Fire Protection is still investigating the utility’s role in the blaze. But this isn’t the first time PG&E’s equipment has been connected to a wildfire: The company took responsibility for the 2018 Camp Fire, which began when a PG&E high-voltage power line malfunctioned. The ensuing flames quickly became the most destructive in the state’s history.

This time around, anticipating high winds, PG&E proactively cut power to approximately 2.5 million customers in parts of northern California. The goal is to prevent additional damage to its equipment and the spread of any resulting sparks. But it’s hardly a foolproof method—and it can make any fires that do occur more difficult to fight. Cellphones, gas pumps, medical machines, and even some fire hydrants require electricity to work.

There may be more practical ways to mitigate these risks. The utilities could move its power lines underground, but many communities view the price to do so as prohibitive, as undergrounding can cost billions of dollars and raise rates for consumers. Homeowners can also take a page from the Getty Museum, considered one of the most fireproof buildings in the world. While most people can’t afford their own 1 million gallon water tank, careful landscaping and airtight windows and vents can make all the difference in a wildfire.

Pyne, for his part, advocates for updated building codes and the application of design thinking to fire management. But the devastation of recent wildfires has made him increasingly philosophical. Pyne says electrical utilities have removed flames from our everyday lives. Instead of burning logs to warm our homes or lighting candles to read, we pay a monthly bill for heat, light, and electric stovetops. He thinks that gives people the illusion that fire is under their control, but it never was, and never will be. When power lines ignite a landscape of chaparral, Pyne sees “these two realms of fire”—the natural and the technological—“crossing with really nasty consequences.”