For each 1° Celsius increase in temperature, fire risk increases by about 20 percent. 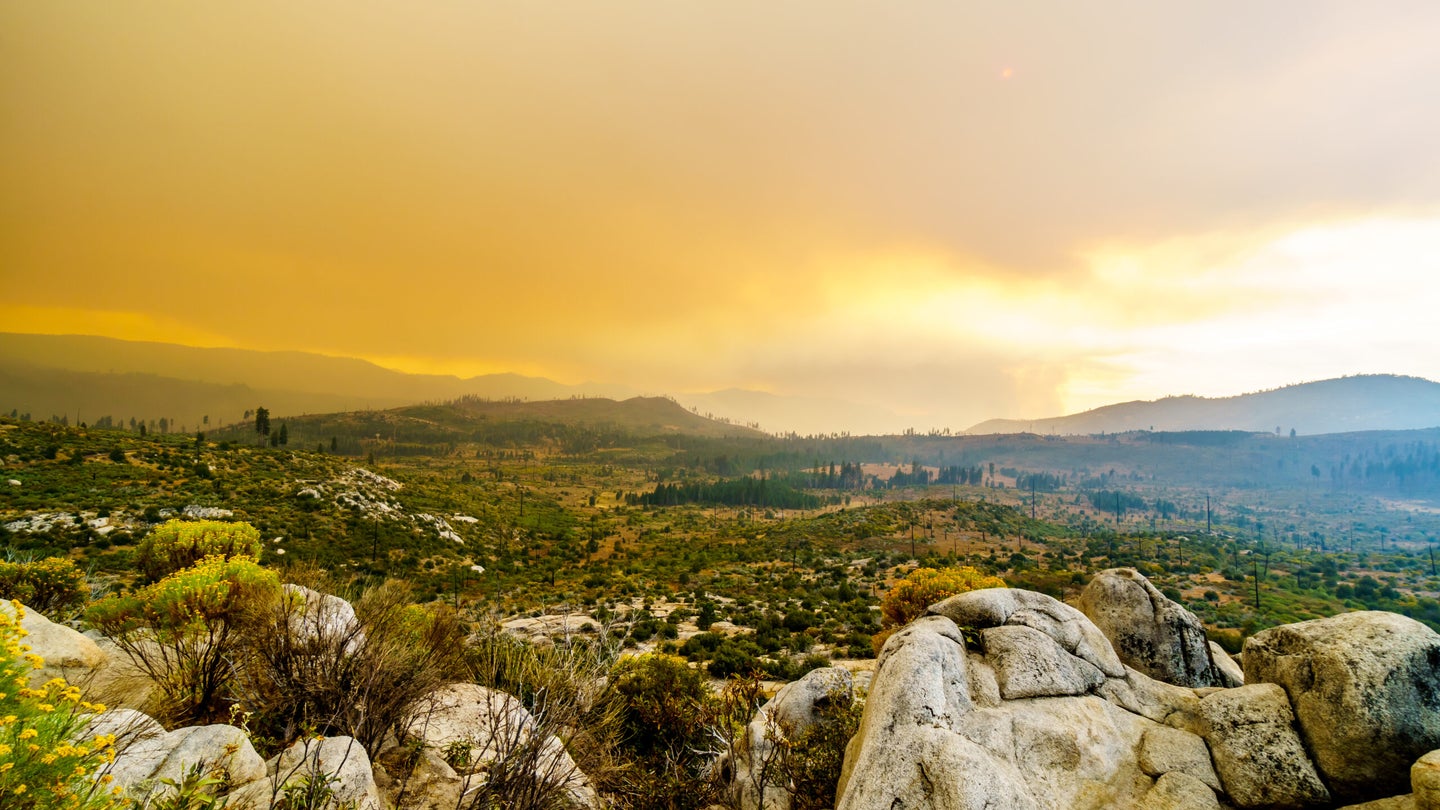 Summer heat waves could increase the number of fires that sweep through California’s Sierra Nevada mountain range by more than 50 percent by the 2040s, scientists reported this week.

When the researchers examined data on past weather conditions and fires, they discovered that a disproportionate share of fires occurred on sweltering days. This isn’t surprising, but as extreme temperatures become more common due to climate change, the researchers predict, this danger will only grow.

The findings underscore the threat posed by increasingly hot and dry summers, the team wrote on November 17 in Science Advances.

“It’s pretty alarming that we’re going to see pretty high increases in both the number of fires and burned area just because of small increases in temperature from these heat waves [that last] for a couple days,” says Aurora Gutierrez, a project scientist in Earth system science at the University of California, Irvine and coauthor of the findings.

Wildfires have been a part of the western North American ecosystem for millions of years. However, the rise of fire suppression policies in the early and mid-20th century have allowed denser, more flammable vegetation to increase, ultimately setting the states for more intense blazes. Climate change is also worsening fire seasons across California. The number of fires and amount of burned land in the Sierra Nevada region have increased significantly in recent decades.

Previous studies that have investigated the connection between climate change and fires have tended to focus on monthly or yearly trends. But Gutierrez and her team were interested in the role of short-lived heat waves, which can have dramatic impacts on fire risk.

As the summer stretches on, vegetation in this area slowly loses moisture.  By September it’s “completely flammable and ready to burn,” Gutierrez says. Hotter conditions make these fuels dry out more quickly.

“The potential to have an explosive initial fire growth is pretty high, and on those really hot days fires that start are really hard to contain,” Gutierrez says. “Usually what will burn will burn.”

One example of this danger is the Ranch Fire of 2018, which was ignited by sparks from a rancher who was hammering a metal stake into the ground, a routine activity. The hot, dry conditions allowed the fire to spread rapidly and eventually become part of the Mendocino Complex Fire.

To understand how climate change will affect fire weather, Gutierrez and her colleagues first examined NASA satellite imagery of burned land, recorded fire perimeters, and weather data for the Sierra Nevada range from 2001 to 2020. During this time there were 441 fires larger than 100 acres in the region. The team observed that more than 86 percent took place from June through September, and these summer fires covered 23 percent of the Sierra Nevada’s area.

Last year’s fire season left a particularly large mark on these estimates. “The 2020 fire season was so big it was off the charts, especially for the amount of burned area that occurred,” Gutierrez says. At the time, she points out, California was gripped by a major heat wave.

“It’s kind of scary to see how sensitive these fires are to small changes in temperature, and how that could really impact the overall fire season based on one day that was really hot,” Gutierrez adds.

She and her team next reconstructed past fire seasons using temperature records dating back to the 1980s. Between the 1980s and the 2010s, the amount of area that burned during the summer increased by more than three times and the average daily temperature rose by around 1.8 degrees Celsius (3.24 degrees Fahrenheit).

The researchers estimated that warming summers increased the number of fires by about 41 percent and burned area by about 48 percent since the 1980s, accounting for about 30 percent of the overall increase in annual burned area. This indicates that other variables—such as lightning strikes and high winds—also have an important influence on fire seasons.

Next, the team used climate models to explore how fire risk in the Sierra Nevada range might change as temperatures continue to rise. They calculated that by the 2040s, the number of fires and overall burned area will increase, respectively, by roughly 51 percent and 59 percent.

For this analysis, the researchers focused on the relationship between hot conditions and fire activity. “There’s all these other factors that drive fires as well,” Gutierrez acknowledges. “What we show in this analysis is just the fact that temperature does have a key role.”

In the future, the findings could be used to improve forecasts for wildfire risk, she and her colleagues wrote. As a next step, the team hopes to investigate the vulnerability of other parts of California based on their fire history and predicted temperature changes.

“We could potentially expand this analysis to the whole entire state,” Gutierrez says.