The West Coast is full of wildfires. Here’s what’s going on in Oregon and California. 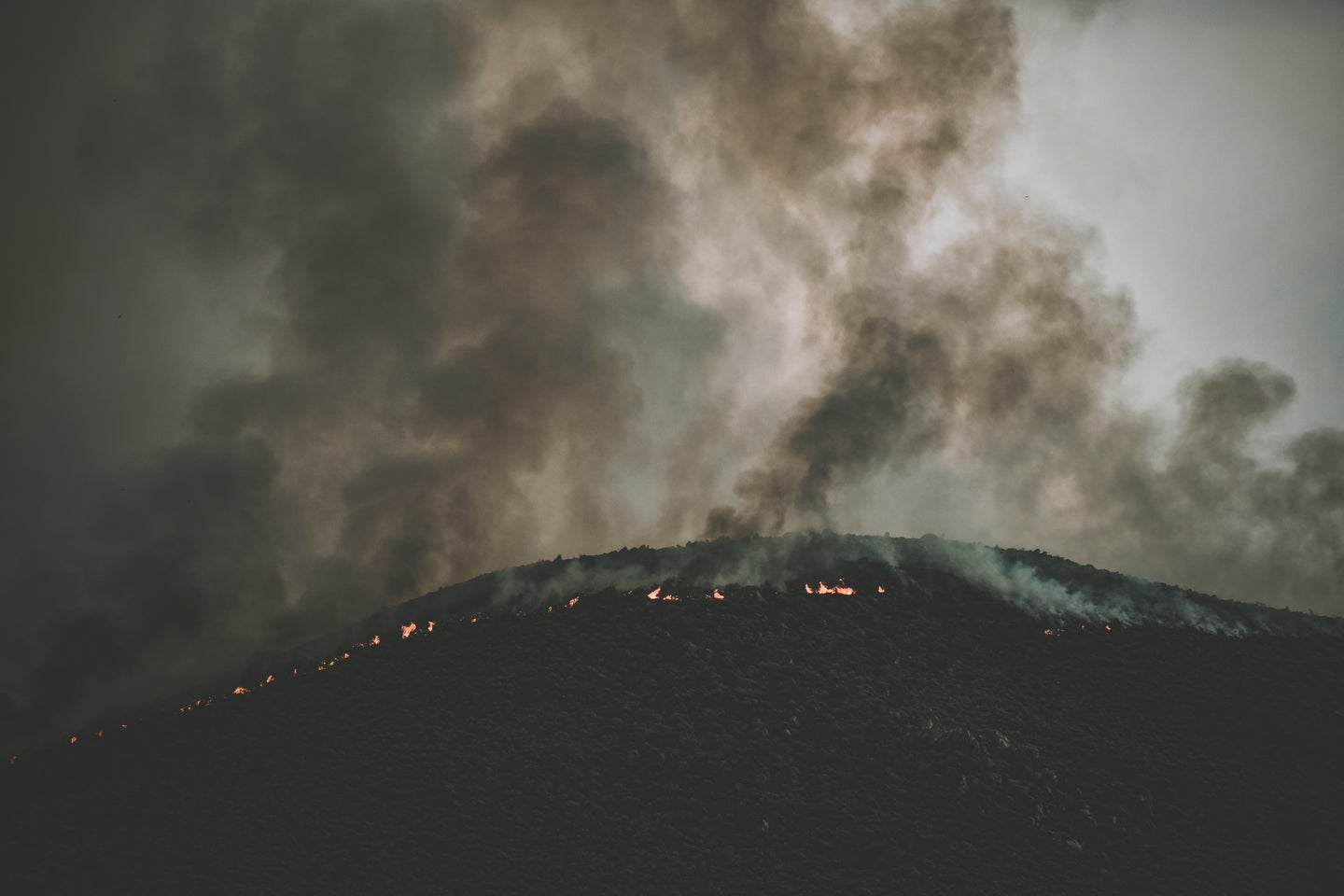 Fires continue to rage across a drought-stricken and heatwave-hit West Coast. Tim Mossholder on Unsplash
SHARE

The western region of the US is experiencing its hottest June on record—and with that has come extreme temperatures and raging wildfires. Almost 750,000 acres of the US are on fire with containment varying dramatically. Two firefighters in Arizona were already killed in a plane crash while surveying fires in the region.

More than 30 million people are dealing with excessive heat warnings dragging through the weekend, and a report has already come out showing that this weather would be virtually impossible without the help of climate change.

“This is something that nobody saw coming, that nobody thought possible,” Geert Jan van Oldenborgh, a Dutch climate scientist, told the Associated Press. “And we feel that we do not understand heat waves as well as we thought we did. The big question for many people is: Could this also happen in a lot of places?”

The dry heat is currently still zapping up much-needed water reserves across the region, which is not only a risk for public health but a fire risk as well; the resulting dry landscape is prone to devastating wildfires. Death Valley is breaking centuries-old (and possibly all-time) records, and will likely see more than a week of 125 degrees Fahrenheit or higher days.

“All of these fires bear some sign of climate change, which is really a threat multiplier,” Faith Kearns, a scientist at the California Institute for Water Resources, told The Guardian. “We have always had fires in the west. The landscape is in many ways forged in fire. But the intensity of the fires we’re seeing now, that some of these fires are happening so early in the summer, those things are definitely concerning.”

While there are fires in Arizona, Idaho, Montana, Washington, and British Columbia currently, there are two extremely large blazes blowing through the west coast as of right now: the Beckwourth Complex and the Bootleg Fire. Here’s what you need to know about them both.

The largest wildfire to hit the state of California this year, named the Beckwourth Complex, has been burning across the state since June 30. The gigantic complex, which burned over 90,000 acres and is about halfway contained, is made up of two fires, Dotta and Sugar.

The Dotta fire is largely contained, but the Sugar fire is still burning in a region around three times the size of San Francisco. The fire also jumped across highway U.S. 395 and has pushed 3,000 people into mandatory evacuation. Some evacuations have been lifted, but certain areas, such as Frenchman Cove and Carmen, may take a while longer, Plumas County Sheriff Todd Johns told the Mercury News.

Terrifying photographs have shown houses going up in flames and powerline poles ablaze in central Doyle, California, over the weekend. On Saturday, the complex produced a fire tornado, which wasn’t even the first time this nightmarish creation has been spotted in the state this year.

In Oregon, 200,000 acres are ablaze due to the massive Bootleg fire which has been burning for about a week. Its intensity this early into the fire season is “unprecedented,” according to officials.

“The fire is changing so dramatically — in the past couple days, it’s doubled in size,” said Mark Enty, a spokesman for the Northwest Incident Management Team 10, which is working to contain the fire, told the New York Times. “It’s going to take a long time before it’s safe for people to return.”

The Bootleg fire has also caused trouble for California’s power grid, knocking out crucial transmission lines that accounted for around eight percent of peak electricity demand on Monday. That puts pressure on an already delicate system due to the risks of drought impacting hydroelectricity production.

As this week goes on, temperatures are expected to drop some, but still remain quite high. Some areas of the southwest are also expected to experience rain, but Oregon and California may not see significant enough levels of rain to help firefighters, Jay Stockton, a meteorologist at the National Weather Service’s office in Medford, Oregon, told the New York Times. Still, lightning strikes are supposed to slow, which could mean a dip in new fires spurting across already risky areas. “It’s going to be normal hot, as opposed to excessively hot.”