Stressed out? Video games can help—if you follow these tips.

Video games have some inherent advantages when it comes to relaxation. 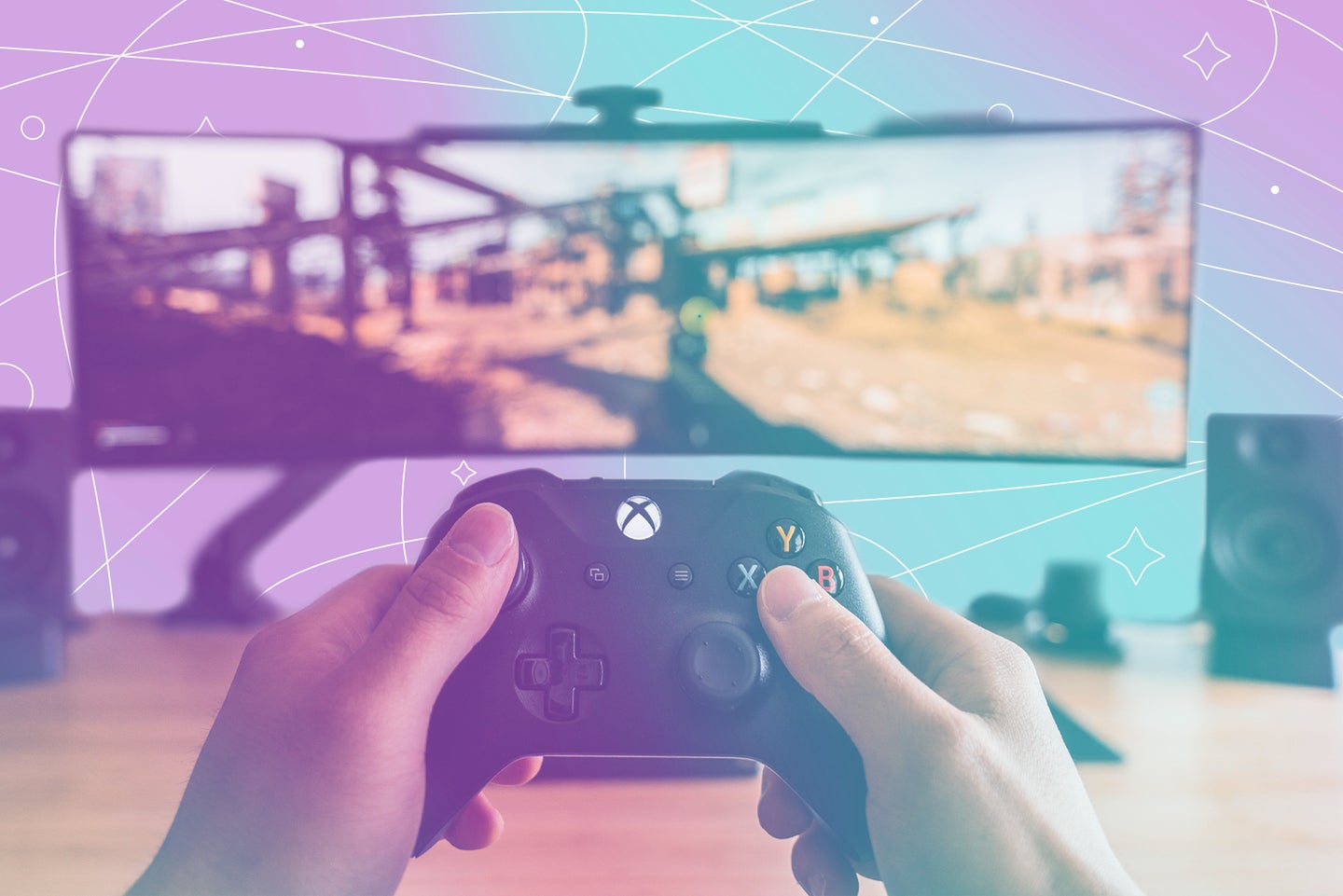 Nintendo’s Animal Crossing: New Horizon video game landed in the United States with impeccable timing. March 20 marked the very early stages of the U.S. pandemic lockdowns, which suddenly gave many people spare time at home that they could spend decorating islands or dangling lures in hopes of catching the game’s most elusive fish. But video games & stress and anxiety go way back; games have been providing people with an effective way to manage stress since well before the pandemic began. Here’s why even high-intensity video games help with stress—and how to harness their powers of cognitive persuasion.

From a research standpoint, the relationship between video gaming and stress levels is complex. A 2019 study asked participants to play an intense fighting game (Mortal Kombat) or a simpler puzzle game (Tetris) and measured their physiological and emotional responses to the session. The results showed that players exhibited some signs of physical stress, including elevated blood pressure and decreased heart rate variability, but reported higher positive emotion ratings.

Games do have some clearly demonstrated benefits for breaking our brains out of problematic cycles associated with stressful situations. According to Regan Mandryk, a professor at the University of Saskatchewan who has studied the relationship between gaming and health, this medium provides a few crucial coping mechanisms when it comes to stress management. “In order to recover from stress we need four things,” she says. “You need psychological detachment from the source of the stress. You need relaxation. You need a sense of mastery and competence. And you need to feel in control.” Video games are uniquely able to provide a mixture of all four.

Ultimately, the goal is to disrupt what psychologists call perseverative cognition—patterns of thinking that involve intrusive thoughts, rumination, and worry. It’s difficult to find relief from stressors if your mind is constantly fixating on and recirculating harmful thoughts about them. Lots of more traditionally calming activities can be used to help break this cycle, but your results may vary. You’ll be able to tell if your attempts at distraction are failing, Mandryk says: If you realize you haven’t paid attention to the last few pages you’ve read or need to rewind a TV show because you’ve zoned out, you’re not de-stressing.

In-game video goals can help break you out of real-life thought patterns by providing external motivation to stay immersed in the game’s world. Relaxing video games also offer a sense of mastery and competence that can give them an advantage over more passive forms of entertainment like movies or books. As you learn to play the game more skillfully, the sense of accomplishment can provide satisfaction that you typically don’t get from plowing through season after season of a TV show.

Every person values different things when it comes to games, which means there’s no specific title that will ease the mind of every person. Eric Klopfer is Professor and Director of the Scheller Teacher Education Program and The Education Arcade at MIT. If you’re looking for games to help with anxiety, he suggests finding a game that keeps you in a state called the zone of proximal development—performing within the range of abilities that you’re close to mastering, but still have some trouble with. “The idea is that you learn best when you’re at the edge of your expertise. You’re constantly challenged and you’re able to overcome those challenges,” he says. “Good video games do that. If it’s too easy you stop, if it’s too hard you stop, but if you’re kept at the edge of your expertise you feel like you’re continuing to learn along the way, that’s when you stick with a game.” That zone varies from person to person, especially considering the wide range of games available from repetitive point-and-click games to competitive e-sports.

But challenging yourself doesn’t have to mean punishing yourself. Part of Animal Crossing’s mass appeal is that it provides a somewhat unique opportunity to achieve a sense of accomplishment without having to endure the sting of failure. You can make progress by collecting in-game currency and working toward your goals, but many of the tasks are essentially die rolls. “There is no pressure because it’s not my fault that I wasn’t able to do the desired outcome,” says Klopfer. “It’s just random chance that I dug in the sand or went fishing and wasn’t able to get the thing I wanted to get.”

Even with the reassuring element of chance, calming games like Animal Crossing still adhere to the tenets laid out by Mandryk for lowering stress. While you can’t control what fish you’ll pull out of the lake, you can control how much time you spend fishing.

That doesn’t mean the twee world of Animal Crossing is everyone’s cup of tea: Some people may actually find more competitive or engrossing games to be the most relaxing, because they provide more of a sense of detachment from real-life stressors. If you find you’re more zen after playing first-person shooters or horror games, that’s likely because they do a better job of disrupting your negative thought patterns by requiring more of your attention.

Mandryk explains that the key to selecting the right game depends on your current state of mind—the pattern you’re trying to interrupt. If you’re really keyed up, an extremely chill game might help adjust your mood. But if your bad vibes have you feeling sluggish and bored, something more active might be key to breaking free. If Animal Crossing usually does the trick but suddenly fails to charm you out of your mood, it may simply be incompatible with your current mindset. Something more story-driven or action-oriented could help correct the imbalance between video games & stress and anxiety.

Find the right level of social interaction to keep you chill

Isolation and loneliness became particularly prevalent during the COVID-19 pandemic, but this period has also allowed online friendships to gain more of the respect they deserve. “We’ve found that the kinds of relationships that you have and maintain in games can be just as valuable as those you maintain in the physical world,” says Mandryk. The effect is particularly pronounced in kids, who are less likely to differentiate between bonds forged in the real world and those developed over the internet—since they’ve always had both.

Unfortunately, social interactions also have the power to wreck your in-game experience. “If you really enjoy playing an online game, but it makes you feel bad every time because you’re exposed to this toxic behavior, you should look for another game that satisfies you in the same way without the same kind of exposure to those things,” says Mandryk

Klopfer applauds Animal Crossing for giving users so much control over the social aspects of their play. “I can have someone visit my island, or I can simply share a screenshot with someone else,” he says. At the same time, the game isn’t linked to social media profiles, so players can be very specific about who they share their experience with and may find it useful as a stress relief game.

While in-game socialization can be productive for some, others may prefer the solitude that comes with playing through a narrative game. Whatever you play, to bridge the gap between video games & stress and anxiety, both experts suggest keeping track of your mood to make sure you’re benefiting from your anxiety-relief games. After all, paying off your mortgage on your Animal Crossing island shouldn’t be more stressful than real life.