Your brain is wired to regret missing the GameStop stock boom

“A broad theme of the human condition is that we’re pretty good at interpreting the world in self-serving ways.” 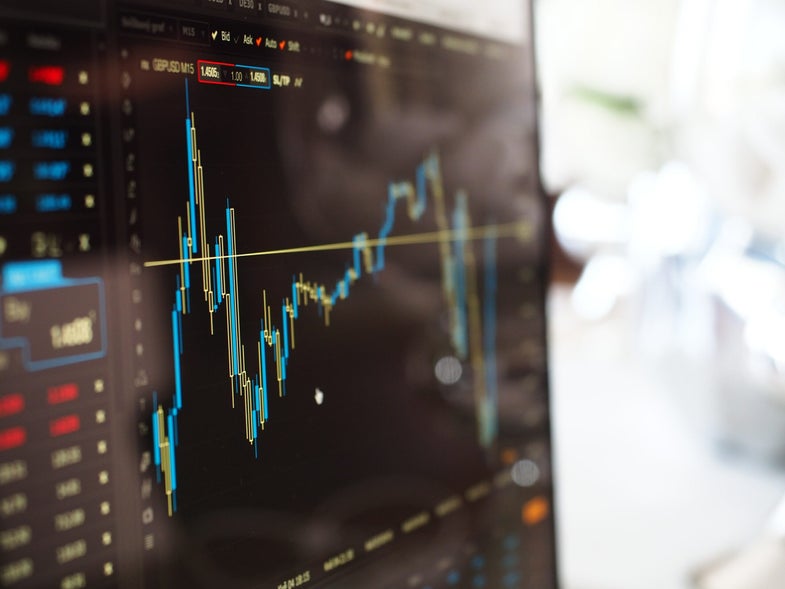 The stock market has been a wild place lately. Photo by energepic.com from Pexels
SHARE

“Boy, I wish I had bought some GameStop stock.” That’s a sentence I’ve encountered from dozens of people in the past few days. I’ve heard it from friends, internet commenters, and people at the gym. But this time, it came from my dad. This is a guy who doesn’t have a credit card and often asks me to order stuff on Amazon for him, then pays me back in cash, yet here he was lamenting the fact that he didn’t buy into a highly-speculative stock market play orchestrated by Reddit users and carried out on trading apps.

This kind of stock market regret is running rampant right now, and with the casual investors bragging about raking in tens of thousands of dollars, it’s understandable. Bitcoin’s recent increases provide similar opportunities for FOMO. It turns out you probably shouldn’t be kicking yourself as much as you are for missing the $GME bus headed for Mansion Land, but your brain is wired for regret.

“Regret is based on a counterfactual thought,” says Amy Summerville, an associate psychology professor at Miami University, Ohio who specializes in research on regret. Humans are prone to thinking that starts with statements like, “If I had only…” or “what if…” which we have to reconcile with the factual reality of the real world.

“Between the ages of 4 and 7, we gain the ability to process things about reality and another imagined reality.” In this case, that imagined reality is one in which you bought GameStop stock when it was still cheap.

This kind of thinking happens regarding everything from choosing a restaurant to picking which smartphone to buy. Regret stems from decisions people make, even if they’re not consciously and explicitly making a decision.

A 1996 paper by Neal J. Roese and James M. Olson attempted to unify three inferences that lead to regret:

Hindsight bias is a crucial piece of this puzzle because it’s what helps us trick ourselves into thinking that we could have made a better decision. “A broad theme of human cognition is that we’re pretty good at interpreting the world in self-serving ways,” says Summerville. “We tend to, with the distance of time, imagine opportunities we didn’t really see ourselves having.” So, while buying GameStop back then seems like the obvious move now, it may not take into consideration the reality of the situation at the time. Did you actually have money to spare back then? And even if you had purchased some, would you know when to sell it to avoid even more regret from leaving money on the table? Your brain would like to assume so, but the actual answers to those questions is complicated. We have seen the same regrets pop up for years now with Bitcoin.

We give ourselves a lot of credit

“A broad theme of the human condition is that we’re pretty good at interpreting the world in self-serving ways,” says Summerville. “If you got rich buying Bitcoin, you’re likely to think it’s because you’re a financial genius and not because of a lucky guess or that you got good information. The opposite is also true.”

While Bitcoin and Reddit-driven “short squeezes” may seem new and truly novel, the ideas of investing, playing the market, or even straight up gambling have endured. Just like we regret not investing in successful ventures, we congratulate ourselves for avoiding ventures that failed. If you didn’t have any Enron stock, watching the company collapse can reinforce your thought that it’s a smart decision not to buy it, even if you never really had the opportunity.

“We overestimate our past opportunities,” says Summerville. “If you ask a bunch of college graduates whether or not they could have taken an extra class during senior year, the majority will say yes. If you ask actual college seniors if they could take another class, they ask if you’re crazy.” The distance of time distorts the way we perceive our situation. The best time to buy Bitcoin or that skyrocketing stock is always a while ago.

There are different kinds of decision makers

According to Summerville, you can break up the kinds of decision makers into two main categories, with the majority of people falling somewhere in between.

Apply that thinking to buying a stereo. Do you want the absolute best stereo available on the market so your choice is unassailable? Or do you just want something that meets your needs? It turns out that people who fall more in the former camp tend to experience more regret.

The same applies to Bitcoin and investing on the whole. Some people are satisfied with financial stability or even making a little profit, while others can get hung up on the fact that some people made millions of dollars and ended up in the optimal outcome.

When should you worry about your worrying?

You can chalk up small amounts of jealousy or regret about things like the Gamestop run to simple human nature, but according to Summerville, there are some things to look out for, specifically rumination. “It’s OK to say ‘gosh, I wish I bought that’ then put it down and go do something else,” she says. “If you find yourself perseverating on it and it comes to mind really strongly and uncontrollably, then it’s problematic.”

While you may have missed out on the stock rush for the moment, regret does offer an opportunity to shape future behavior. Taking the opportunity to learn more about the source of your regret could help you become as good at making decisions as you perceive your past self to be.

So, take it easy on your past self because learning from those regrets could make your current self better happier, even without a fat stack of Gamestop cash.