Big functionality in a small format. 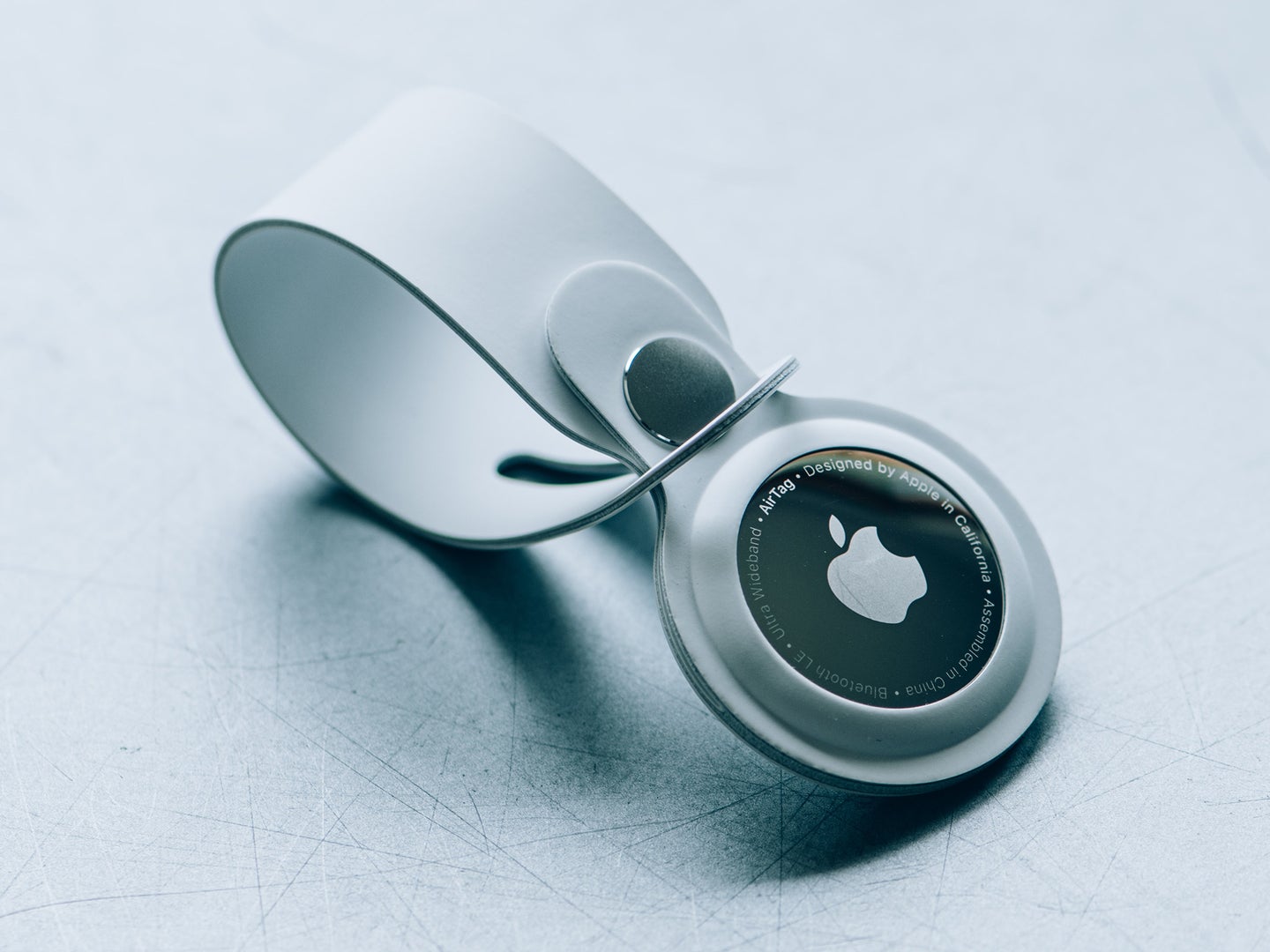 The most expensive (but useful) keychain you'll ever get. Jonas Elia/Unsplash
SHARE

The Apple AirTags are here to make sure you never lose anything again. From your keys to your luggage, these tiny trackers can attach to just about any item and report their position in the Find My app on your iPhone.

As with most Apple products, they’re designed to just, well… work. But if you have one of these gadgets, then you’ll surely want to make the most out of it with some advanced tricks.

Theoretically, if someone drops an AirTag into your bag, they should be able to see everywhere you go, right? Well, up to a point.

If you own an iPhone, iPad, or iPod touch and the device detects that an AirTag registered to someone else is in close proximity to you, you’ll see an AirTag Found Moving With You message.

You can tap this message to get the AirTag to make a sound so you can locate it. Your device will also give you options to disable the tracking on the AirTag if it’s attached to one of your possessions rather than simply lost by the owner, for example.

Unfortunately, you won’t see this alert if you don’t have an iPhone, iPad, or iPod touch with you. In that case, you’ll just have to wait—AirTags that have been disconnected from their owners for three days, emit a sound. This should alert you to the fact that an AirTag is moving around with you, though at that point the owner will still have three days worth of data on your whereabouts.

It’s always useful to know how to reset a device back to its factory settings. It’s handy if your gadget has stopped working, or if you inherit a one that’s still registered under the previous owner.

To reset an AirTag, you’ll need to press your fingers firmly against the stainless steel back cover and rotate it anti-clockwise until it comes off. Take the battery out, put it back in and press until you hear a sound.

You’ll need to do this battery remove and replace process five times. On the fifth occasion, the sound the AirTag makes will be slightly different, and the device will be reset. You can then replace the back cover and set it up as a new AirTag with your iPhone.

3. Find out more about your AirTags

You can bring up information about your AirTags, including their last recorded position, by launching the Find My app on your phone. There, tap on Items, and then the AirTag you want to know about.

At the top of the info card you’ll see the name of the AirTag and how much battery life is left in it. But there’s more—you can tap the battery symbol to see the serial number of your gadget and its firmware version, which comes in handy for identifying and troubleshooting these devices.

4. Check out the AirTag accessories

Both Apple and third-party manufacturers are rushing to put out holders and pouches and straps that work with the AirTag. If you’re wondering how you’re going to attach the gadget to one of your precious possessions, chances are that there’s already an accessory out there that can do the job.

[Related: The iPhone 12 Pro is a big upgrade even without the 5G hype]

Take the time to have a look around at what’s on offer, which might even give you some new ideas about how you can use your tracking devices.

If you come across an AirTag that isn’t yours, you can check if it’s been registered as missing and return it to the original owner. You don’t even need an iPhone for this one—as long as your phone has Near-Field Communication (NFC) as most modern smartphones do, you’re good to go.

Just hold the AirTag to the back of your phone for a few seconds. An alert should pop up and take you to a website listing the owner’s contact details. You’ll then be able to get in touch with them to return the AirTag and whatever it’s attached to.

6. Use an AirTag as a trigger

Speaking of NFC, you can use your AirTag as an NFC trigger to launch an automation in the Shortcuts app on your iPhone. For example, you can tap an AirTag to turn on the downstairs lights, load up directions to your house, or start playing a favorite playlist.

The Shortcuts app comes preinstalled on your iPhone. To start using it with an AirTag, tap Automation, and then the + (plus) button. There, choose Create Personal Automation, and finally tap NFC. After you’ve scanned the tag, you’ll be able to choose the actions you want the AirTag to trigger.

The Ultra Wideband U1 chip built into the iPhone 11 and the iPhone 12 provides more precise location tracking, and also enables cool augmented reality directions to a lost AirTag.

But if you don’t have the latest iPhone iterations, all is not lost. You won’t get detailed directions right to your AirTags (or “Precision Finding,” as Apple calls it), but you’ll be able to get to them just as you would any other destination in Apple Maps. In the Find My app,  tap the Find button, and your screen will turn into Directions.

These directions won’t be as detailed as they would be with the U1 chip, but when you get close, you’ll still be able to have the AirTag play a sound to help you track down their exact location.

Apple says that your AirTag has around a year of battery life. But don’t send it to the landfill after that time is over—you just need to replace the standard CR2032 battery inside. You’ll see alerts on your phone warning your device is running out of juice, so you’ll have enough time to get a replacement before that happens.

Once you’ve sourced a new CR2032 battery, press the stainless steel back cover of your AirTag and rotate it anti-clockwise as far as it will go. You should then be able to remove and replace the battery, before fixing the cover back in place.

If you’ve got several AirTags on the go then you want to make sure they’re clearly labeled for easy reference. Whatever device you’re using to configure up, will ask you to name each AirTag. But you can always change the name later, which comes in handy if you need to repurpose your gadget.

Open the Find My app on your phone, tap Items, then tap your AirTag. Swipe up on the info card and then choose Rename Item to call it something else. If none of the provided options are suitable, you can pick a Custom Name.