Solar-Powered Membrane Separates Water Into Hydrogen and Oxygen Without Exploding

Taking a leaf out of leaves' playbook 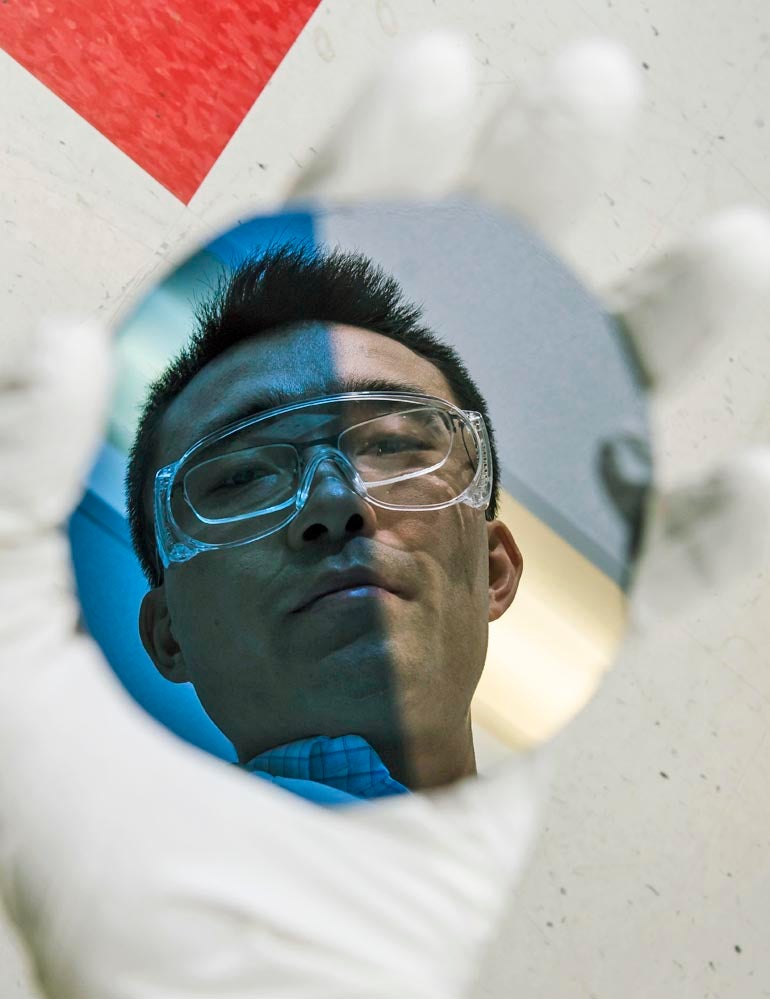 Hydrogen powered cars are slowly accelerating in popularity with boosts from infrastructure development and car manufacturers. But getting eco-friendly hydrogen is still a bit of a challenge. Right now, a lot of hydrogen is produced through mixing steam and natural gas. An alternative to using natural gas is electrolysis, using an electric current to pull apart the oxygen and hydrogen in water, but current methods use way too much energy to make it worth it. Scientists around the country are working on making the process simpler, using AAA batteries, chemical reactions and other methods to make hydrogen a greener choice.

Of course, one of the greenest methods is to act like a leaf, and use the sun for energy.

A new study published in the Proceedings of the National Academy of Sciences announces the development of a transparent film that uses energy from the sun to separate water into hydrogen and oxygen, without some of the dangerous side effects inherent in the process.

Author Nate Lewis and his colleagues at Caltech created a thin coating of nickel oxide that can be applied to semi-conductors made of silicon or other materials–a setup that acts like an artificial leaf, using sunlight to power the system. When introduced to water, one side of the ‘leaf’ oxidizes the water, releasing oxygen, while the other side gathers the hydrogen.

A membrane keeps the newly separated hydrogen and oxygen isolated from each other, which helps reduce the risk of explosion. If heat (or electricity) is added to a mixture of hydrogen and oxygen the results can be incredibly explosive, much more so than each gas on its own. Check out the differences in burning oxygen, hydrogen, and a mix of the two in the video below.

“Without a membrane, the photoanode and photocathode are close enough to each other to conduct electricity, and if you also have bubbles of highly reactive hydrogen and oxygen gases being produced in the same place at the same time, that is a recipe for disaster,” Lewis says. “With our film, you can build a safe device that will not explode, and that lasts and is efficient, all at once.”

The film has other benefits too. Other research groups have also developed solar powered water-splitters, but those tend to have a very short shelf life, breaking down quickly. In addition to not exploding (always good) the new coating is transparent, which helps get sunlight to the leaf, and it is also rust-resistant, meaning that the material can work for a long time without degrading.