Watch A Timelapse Of A Slow-Moving Landslide [Video]

Not all landslides happen quickly 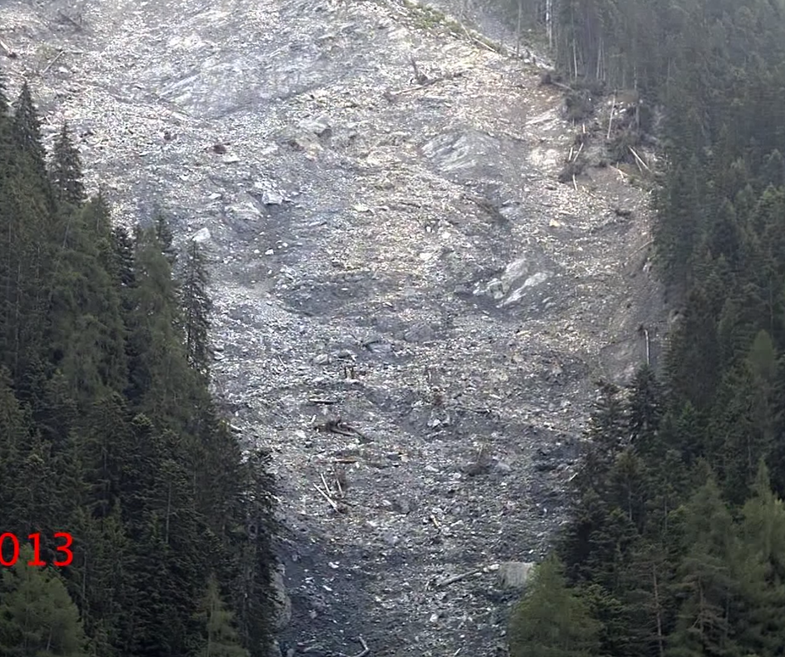 Usually, when people think of landslides, they think of avalanches of dirt, mud, and rock pouring down a hillside like an avalanche. While many of the most disastrous landslides happen quickly–triggered by storms, earthquakes, or volcanoes–landslides can also move much more slowly, encouraged downslope by the pull of gravity.

That’s what’s going on in this timelapse video, noticed by AGU’s Landslide Blog earlier today. The video was compiled from pictures of a landslide in Switzerland taken over the course of about 20 months. The Val Parghera landslide is located in the Canton of Grisons, the largest canton (a division similar to a state) in Swtizerland. Grisons hired a consulting firm, GEOPRAEVENT to keep an eye on the landslide, located near railways and highways. In addition to webcams, the team is monitoring the status of the landslide with various other instruments, including radar and laser scans, to keep track of the landslide’s speed. They note that the speed of the landslide varies between as much as 3.9 inches/hour (recorded in June 2013) to less than 0.4 inches per month.