This Winter Is One Of The Warmest On Record 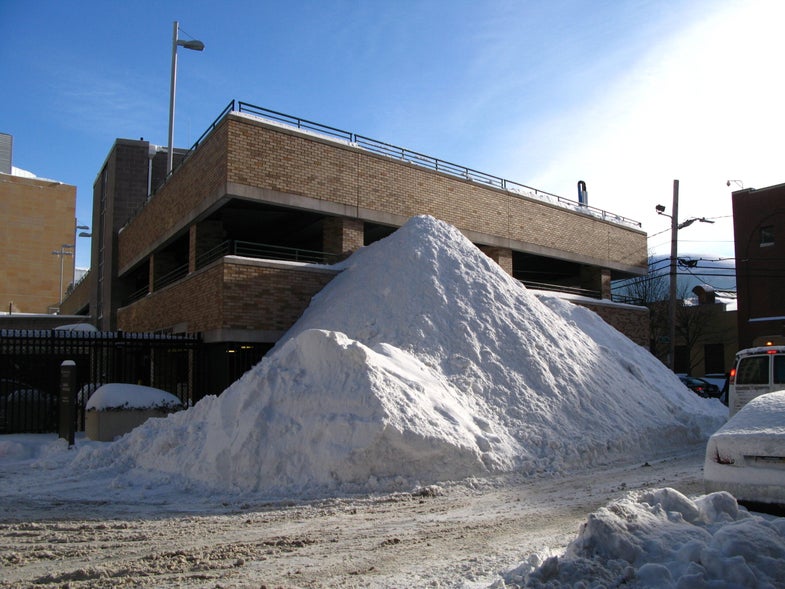 Winter on the East Coast of the United States has been brutal, and it isn’t over yet. Freezing temperatures are predicted to break even more frigid records over the next two days. Boston has been buried in stupid amounts of snow, and Washington DC ground to a halt under the devastating impact of four inches of snow.

But really, it’s not all bad. In Seattle, residents of that rainy city are enjoying sun and mild weather and other parts of the Western half of the country are enjoying similarly warm temperatures, creeping up into the 60’s in the Pacific Northwest.

In fact, according a recent report from the National Climate Data Center, this has been the sixth warmest winter on record. That’s bad news for businesses like ski resorts, who rely on snow and cold weather. But while ski resorts can get a helping hand from snow machines, other places aren’t quite so fortunate. In Alaska, warm temperatures and a lack of snow on the ground forced the Iditarod to move its starting point from Willow, Alaska, to Fairbanks, 300 miles to the north.*

Correction (2/23/2015, 2:03 p.m. ET): The original story misstated the starting point of the Iditarod. The ceremonial start will still be in Anchorage, but the restart of the race has been moved from Willow to Fairbanks. Our bad!