How many bucks could a woodchuck pluck for that illegal wood? 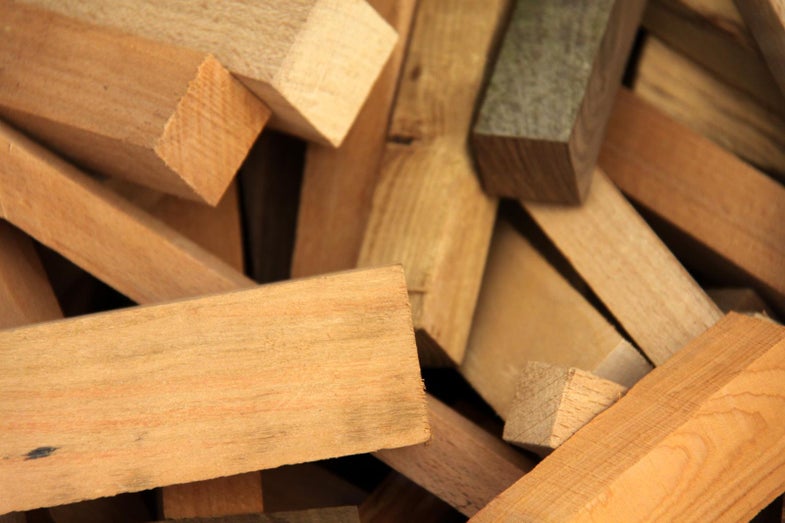 Illegally traded specimens of endangered species present a huge problem to investigators and customs officials all over the world. But in some cases, the illegal trade isn’t ivory or endangered animals: it’s bits of wood.

Wildlife trade is one thing, and forensic specialists have managed to come up with some ingenious (and spectacular) deterrents to illegal wildlife trade, including advanced DNA testing that is now used to protect endangered or threatened animals. Detecting illegal wood products is more challenging, especially after the timber has been processed.

Until now. NPR with Oregon Public Broadcasting reports that a wildlife forensic lab has managed to start identifying illegal wood samples using a DART-TOF (Direct Analysis in Real Time – Time of Flight) mass spectrometer, a machine that can smell the difference between types of wood.

“Originally we had no idea if it was going to pan out or not. But I knew if it had an odor … this instrument is kind of like a massive nose, almost,” Ed Espinoza told NPR.

Here’s how it works. When investigators find something they think might have been made with illegal wood, they send it to the lab. The lab takes a small sample and puts it in the machine. The machine reads the unique combination of chemicals given off by the wood, and spits out a reading that the scientists can compare to other samples in a growing database. If the wood is a match for a rare or endangered species, the authorities can take action against the people using illegally forested wood.

The hope is that eventually technologies like this can help people figure out where forests are most vulnerable, and prevent continued deforestation.