Free-Floating Cancer Cells Are Infecting Clams On The East Coast

Clams get leukemia too 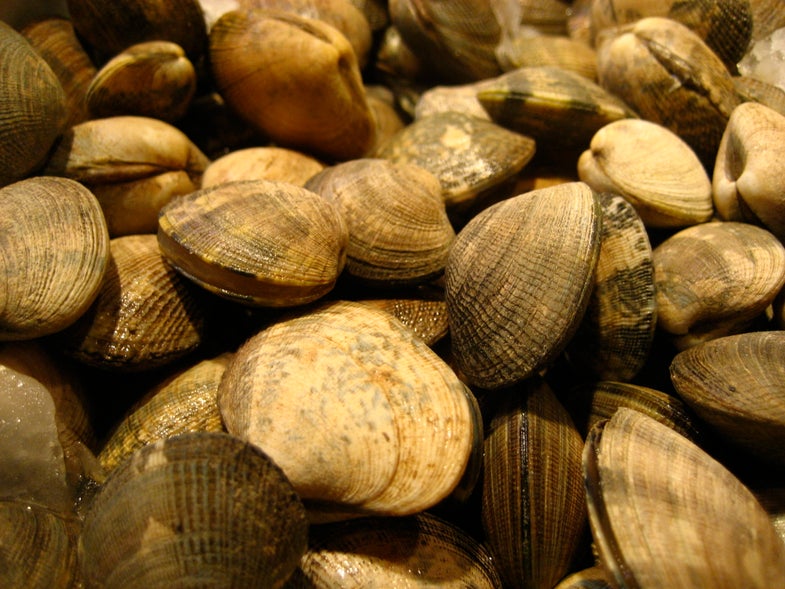 Clams are threatened by predators who love seeing them served up on a plate drenched in butter and garlic, nestled in folds of fresh pasta–or splattered on a dock, if you happen to be a seagull. But a much more insidious threat to clams has emerged, in the form of cancer cells floating through the ocean.

Most cancers are caused by damage to DNA within a cell that causes the cell to replicate uncontrollably. In the majority of cases, the cancer itself is not transferable between organisms. But just a very few types of cancer (like the one that affects Tasmanian devils are different, transferred directly from one animal to another, more like a virus or bacterial infection than a cancer.

In a new paper published in Cell, researchers found that a similar scenario has been occurring to claims in northeastern North America. The scientists discovered that numerous clams from Prince Edward Island, Canada to New York had been infected with a leukemia-like cancer, and that the clams all shared the same genetic sequence in their cancer cells. The theory is that the same cancer clone has been infecting these clams up and down the Atlantic coast. The cancer potentially spreads when a few cells drift through the water and eventually find another clam to take up residence in. Because the genetic sequence is so similar, the researchers think that the disease originated with a single case of cancer in a single clam.

Like leukemia in humans, this cancer affects the clam’s hemic system, which is similar to our network of blood and blood vessels. The mortality rate varies, but once the disease gets established in a population, it can kill between 40 and 100 percent of clams.

The clam species that the researchers examined are Mya arenaria, better known as soft shell clams, or steamers. Luckily for us, there is no danger to humans coming into contact with cancerous clams, be they raw, cooked, or burrowed deep into the seabed. The cancer cells are still clam cells, and are different enough from our own that we don’t need to worry.