Clingfish-Inspired Tech Could Lead To A Less Slippery Future

This fish has staying power 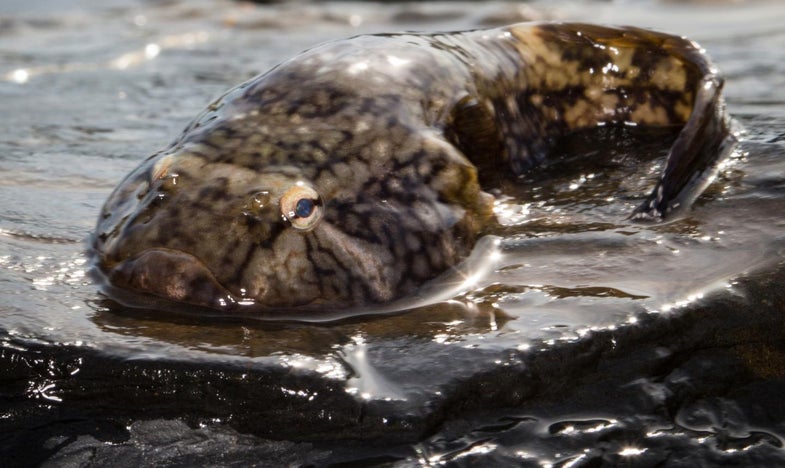 Clingy isn’t usually a positive adjective. But for the Northern Clingfish, it’s not just a description, it’s a way of life. The small fish can use their bellies like a suction cup, literally clinging to rough and slimy rocks, even in swiftly moving water.

Researchers at the University of Washington have studied the clingfish for years. Back in 2013, they announced the discovery of small, hair-like structures on the fish, which created a tight seal on almost any surface that the fish wanted to hold on to.

Now, the researchers are thinking about the future. In a talk last month, biologist Petra Ditsche discussed some potential applications for an artificial version of the clingfish’s sucker. The technology hasn’t been invented yet, but Ditsche and Adam Summers, the heads of the lab, think there are some slippery situations where a suction device like the clingfish might come in handy. Suggested avenues of applications include a device that can tag whales without piercing the skin, or clamp-less medical clamps for surgical procedures, which could be gentler than current devices at holding things like organs in place during a complicated surgery.

Just how strong are we talking? In a video produced by Science Friday last year, you can watch the researchers use a dead clingfish to hoist up a six pound rock.

Amazing, right? Currently Summers and Ditsche are trying to figure out how long a fish can stick, and why larger fish are better at holding on to rocks.

But the clingfish is not the only clingy fish in the sea. Goby fish in Hawaii use their mouth as a suction cup to scale waterfalls, and remoras (aka, suckerfish) are known for their ability to hold on to larger animals, hitchhiking across the ocean using an adhesive that scientists would love to replicate.