You don't want to get caught in this splash zone 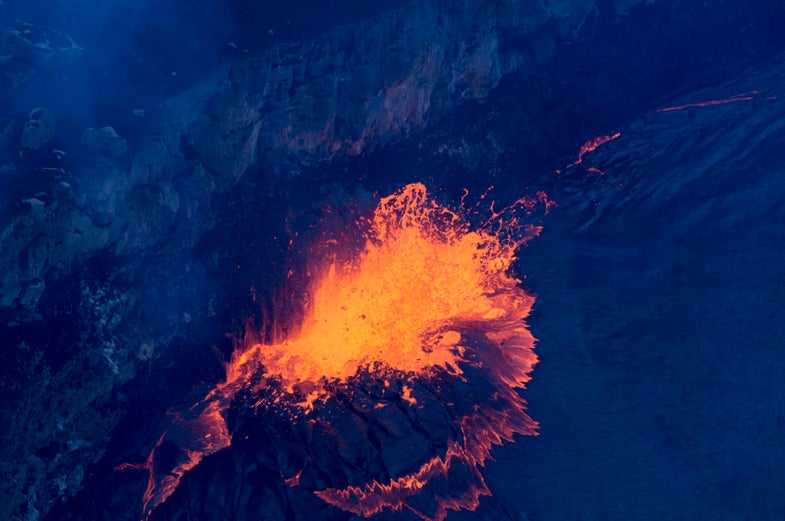 Even before the rockfall, the lava lake was bubbling, splattering onto the sides of the lava lake. This photo of lava splatter was taken at Kilauea on April 23. HVO/USGS
SHARE

The lava lake at the Halema’uma’u Crater of Kilauea volcano has finally overflowed–an event that has been anticipated for days. The lake of molten rock formed in 2010, and has been a source of fascination for both scientists and volcano lovers, who trek to the site in hopes of glimpsing the lake’s overflow. Last week, the crater had so many visitors that park officials encouraged people to visit between 9 pm and 5 am to avoid traffic jams.

Right now, you can’t get close to the lava lake. A visitor’s area overlooking the crater has been closed for a while due to volcanic hazards. Yesterday, a rockfall showed the world why those precautions were a good idea.

Rocks sliding down the crater’s side into the lava lake resulted in an explosion, splattering hot lava 280 feet into the air. Take a look through some of the photos above or watch the explosion in the video below.

If you’re interested in seeing more of the lava lake, you can check out the action for yourself at any of the Hawaiian Volcano Observatory’s webcams (one of which was hit by a glob of lava yesterday), or visit one of the outlooks a safe distance away. Just don’t bring a drone. Last weekend, a tourist at the park was tasered by a park ranger after piloting a toy UAV near the crater, since drones are banned throughout the national parks system. 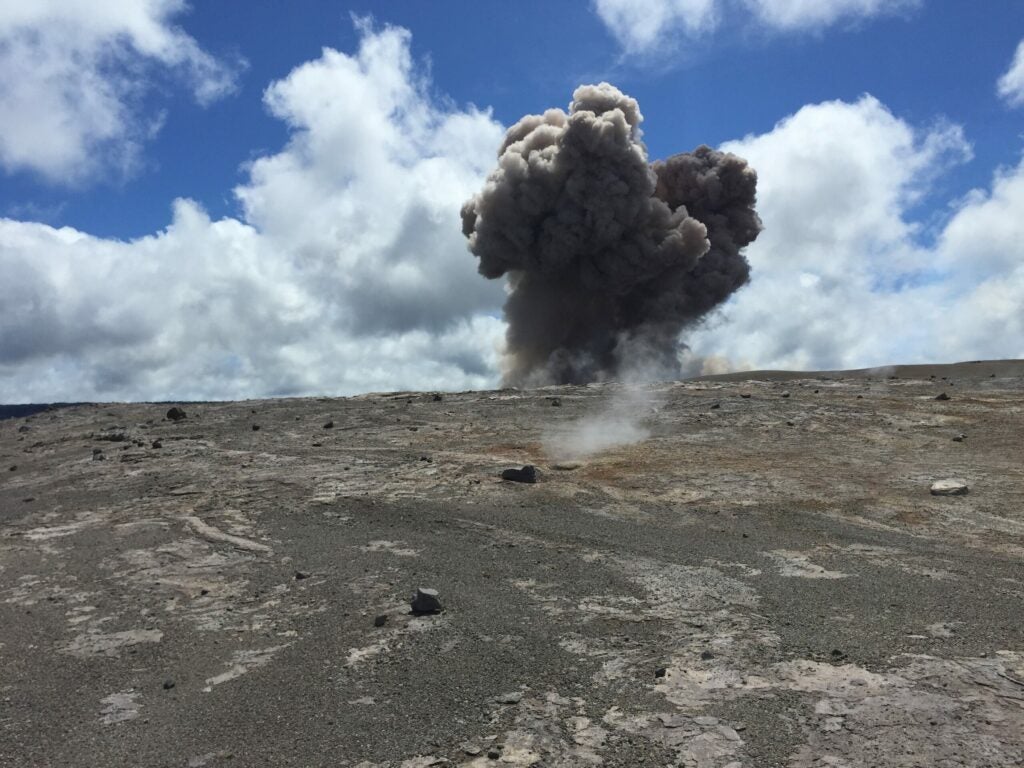 A plume of ash from the explosion created when a rockfall fell into the lava lake on Kilauea. 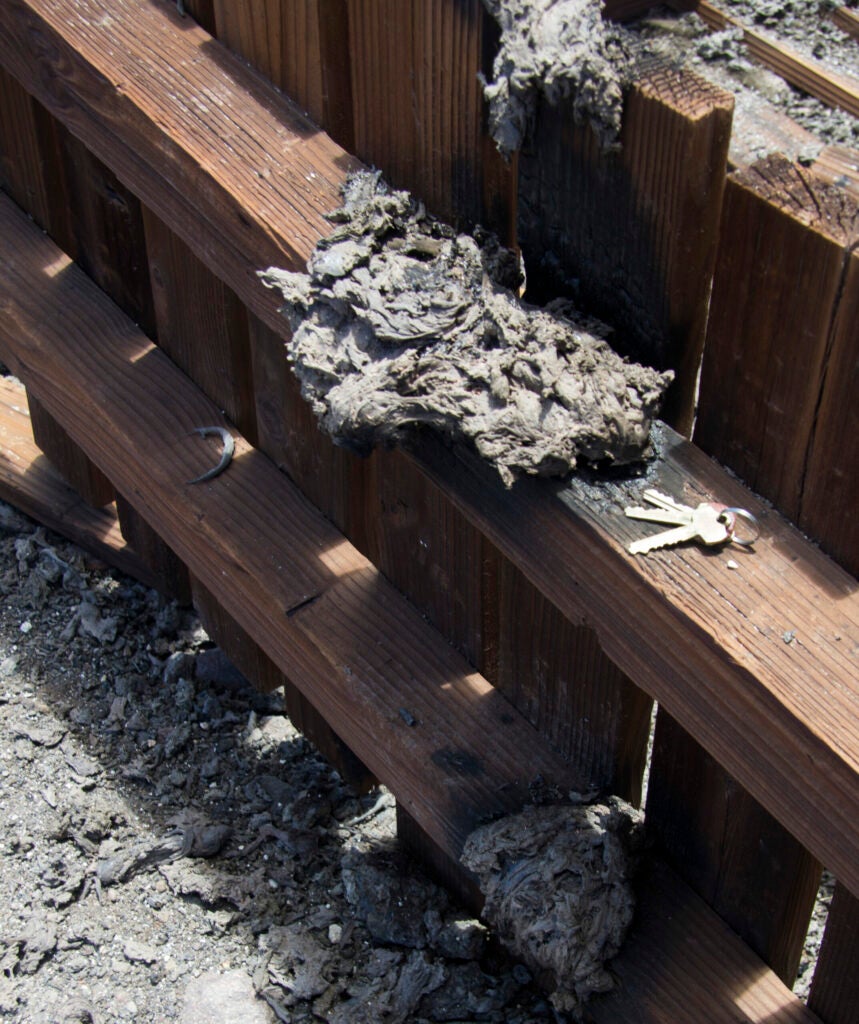 A fence in the now-closed visitor’s area got splattered with molten lava, burning the wood. 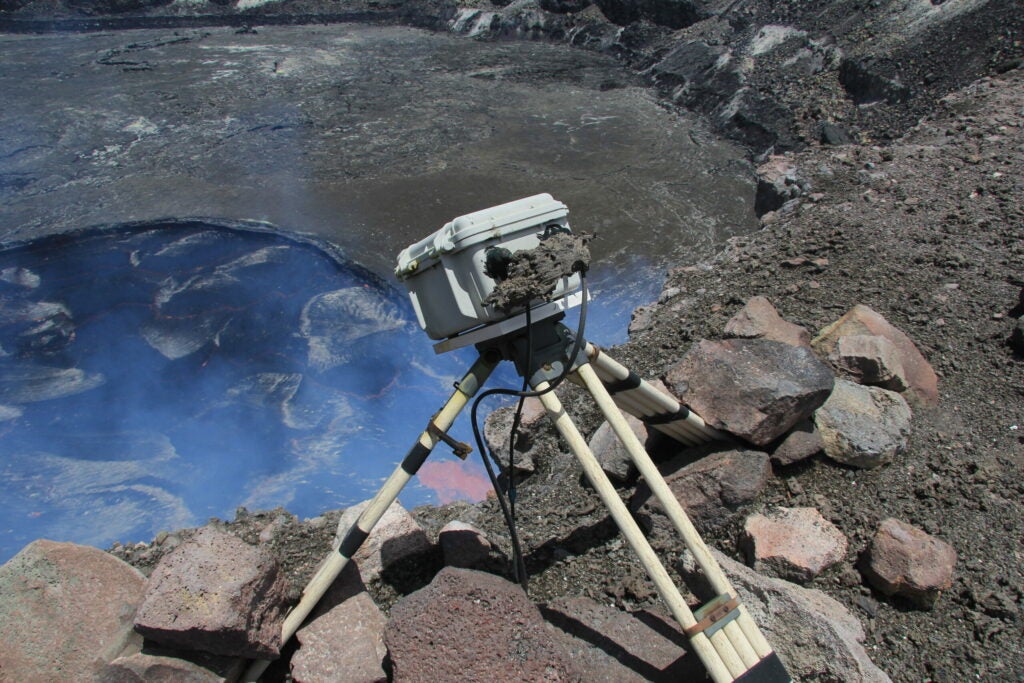 A webcam broadcasting footage of the lava lake took a direct hit but was still functional. 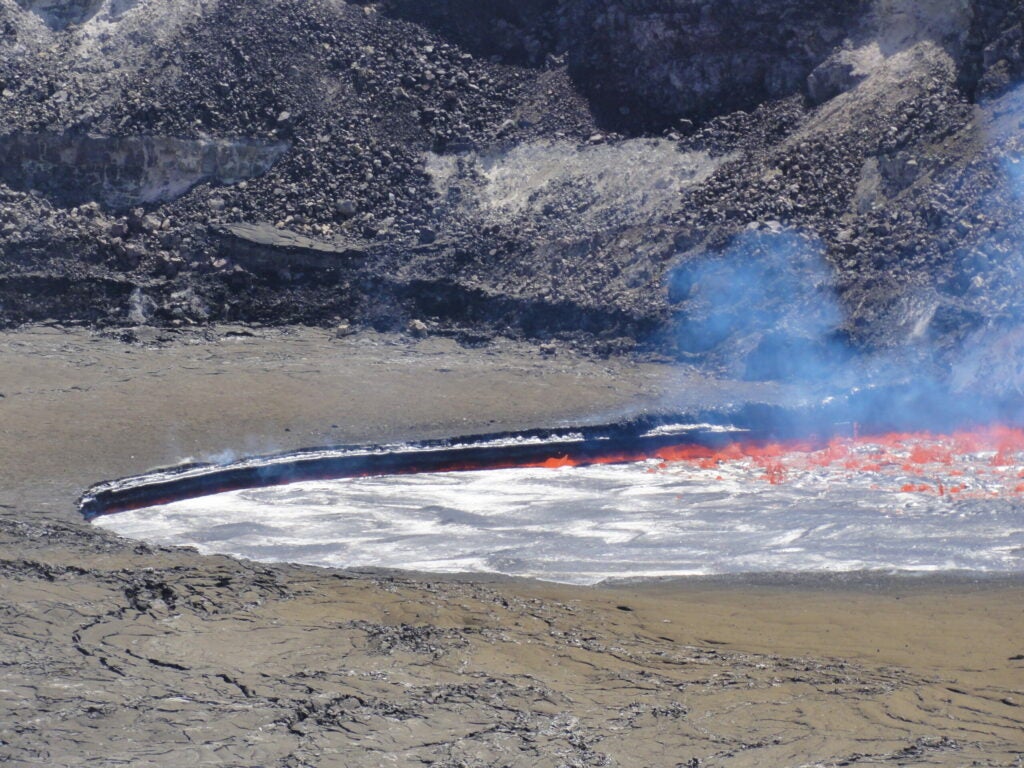 After the rocks hit the surface, the lava released a lot of gas, like a shaken soda releasing carbonation. So much gas was released, that the level of the lava in the lake dropped by a few yards. 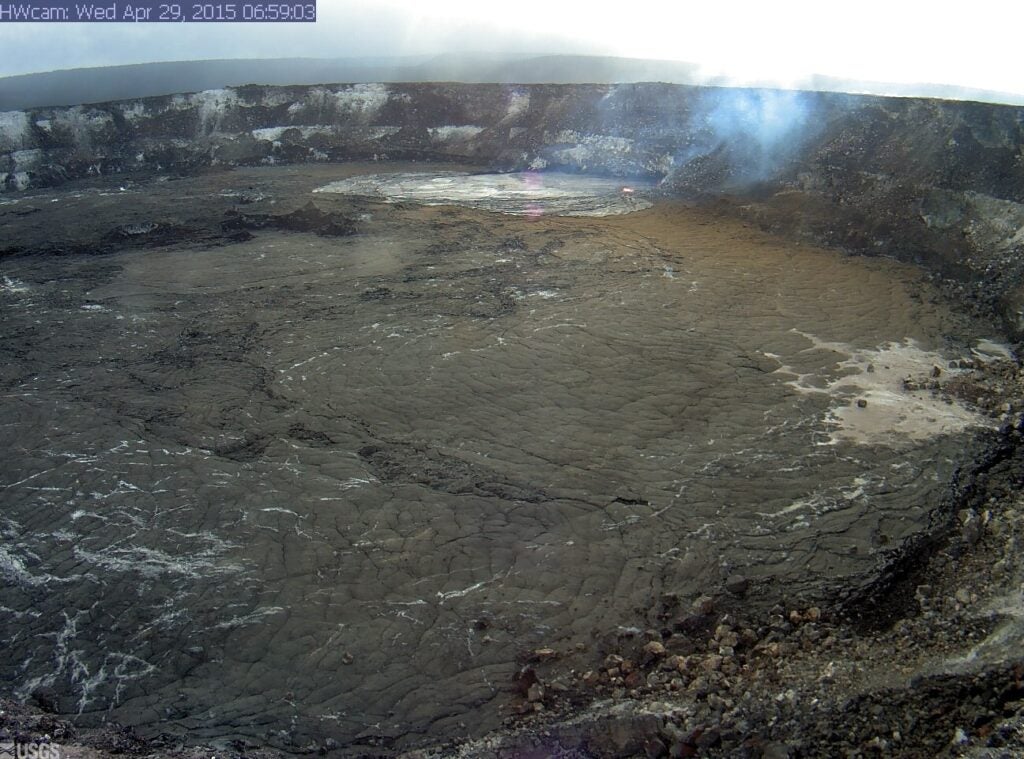 Even with the small setback, the lava refilled quickly. A still image from the USGS webcam today shows what appears to be an overflowing lava lake. 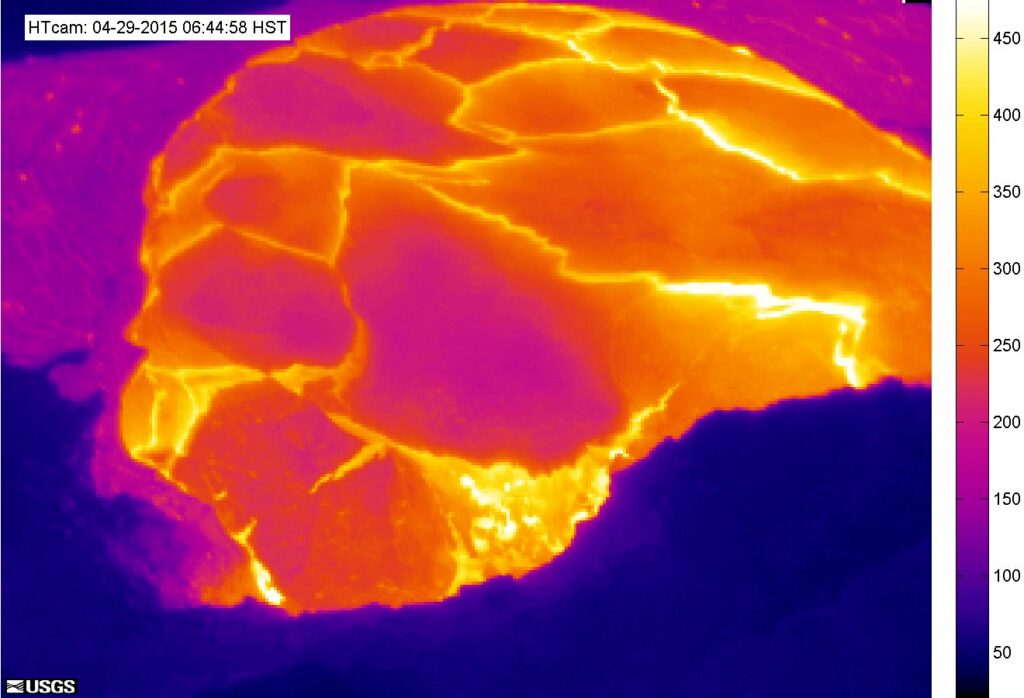 And another view of the lava lake taken with a thermal camera. 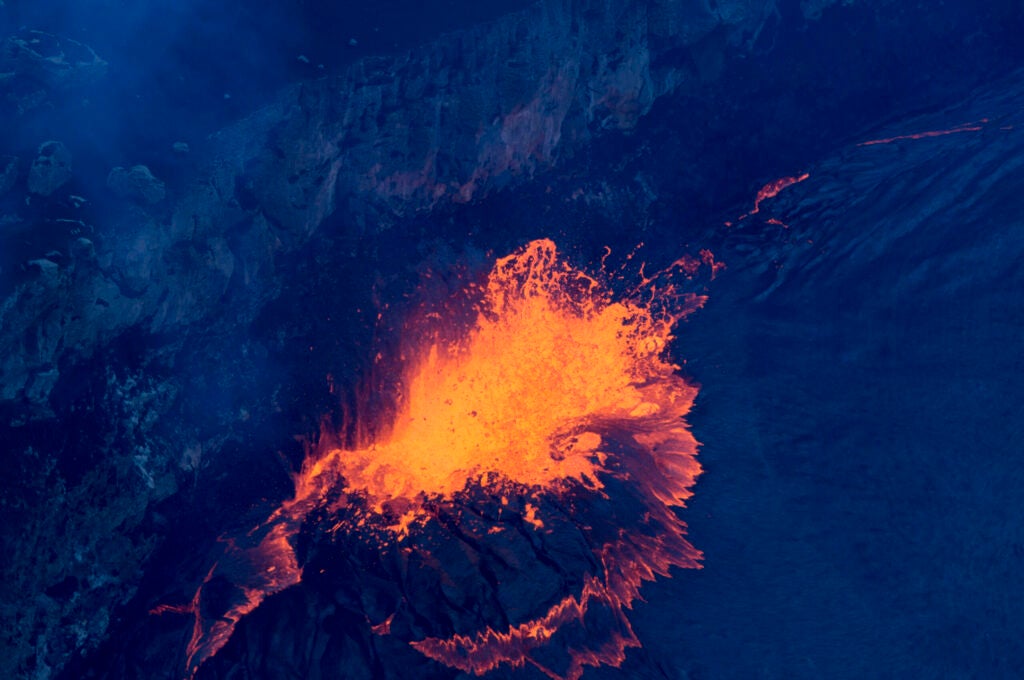 Even before the rockfall, the lava lake was bubbling, splattering onto the sides of the lava lake. This photo of lava splatter was taken at Kilauea on April 23.
earth
gallery
geology
Kilauea
Volcano