The sounds of science 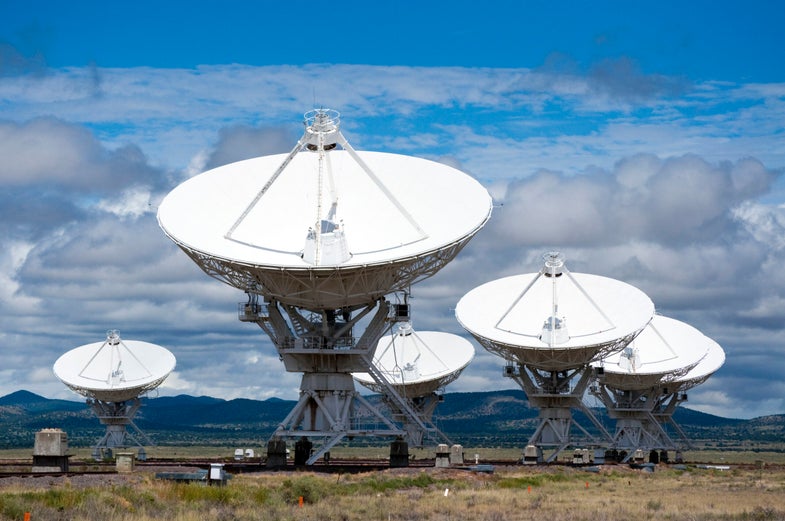 If you use this photo, please link to www.CGPGrey.com for attribution.
SHARE

After two black holes collided in the distant universe, we heard the sound back here on Earth as a quiet “ping” — like a droplet of water. Lightning on Jupiter announces itself as a descending tone like a cartoon character falling off a cliff. Once-silent bodies, from stars and planets to the tiniest subatomic particles, are whistling, chirping, and singing.

But scientists can’t hear those sounds until they’re sonified. Sonification means representing information as sound, information that may or may not relate to sound in any way. There’s a long history of turning the most difficult-to-understand physical concepts into information palatable to wider audiences. But for some, sonifications are meaningless noise. So we asked musician Simonne Jones to turn those sounds into something we could all appreciate: music.

The song, titled “Alchemy,” fuses together some of the important sonifications created this year. That includes the chirp of colliding black holes’ gravitational waves, and the ethereal tones created by converting live data from the Large Hadron Collider, the world’s largest atom smasher, into sound.

Jones has a biomedical degree herself and released her latest single, Gravity, this past May. She frequently fuses science with sound in her lyrics and production.

“Alchemy’s” title comes from science’s magical perception in the Middle Ages, which often still holds true today. “Essentially we’re still trying to take these mystical ideas and turn them into an understanding of the world,” Jones told Popular Science. Scientists, like alchemists, are doing “a spooky thing that could be easily confused with witchcraft or something taboo.” Jones hopes that songs like “Alchemy” will put science in front of the masses to make folks more comfortable with the ideas. 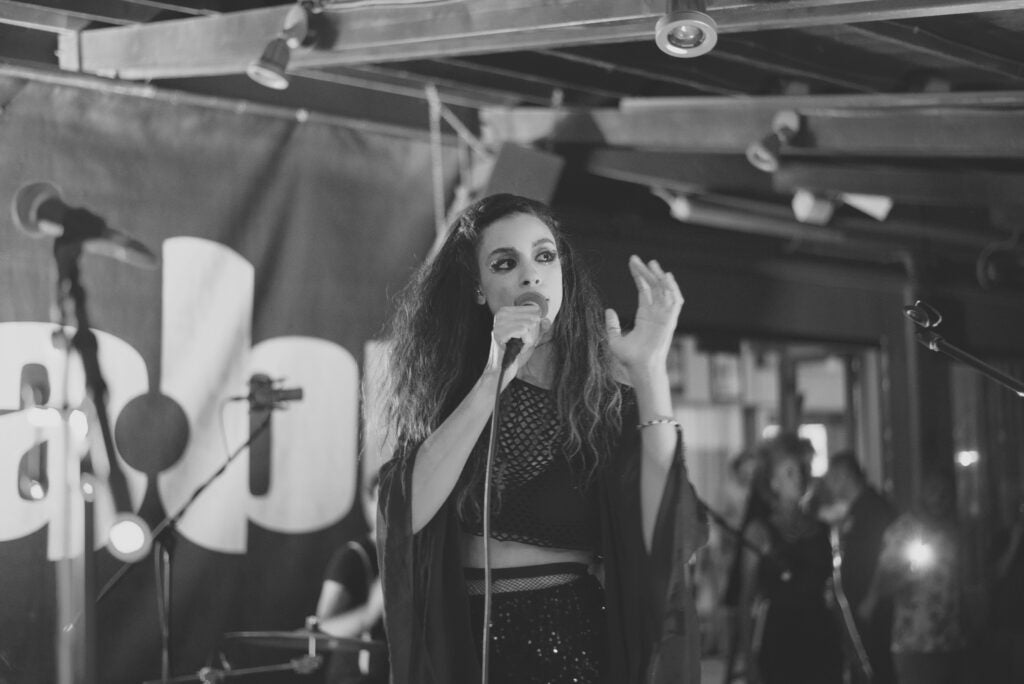 “Alchemy” presents physics subtly, telling a story of “love’s black magic chemistry,” according to Jones. But science still permeates the song to the core.

Sound is just a disturbance that travels through a medium, usually the air. The sources are endless. Let’s say I put a song on a speaker. The speaker creates vibrations in the air molecules, which dance wildly and crash into each other. The dance presses forward until the molecules hit your eardrum. Your brain recognizes the vibrations as beats and notes and translates them into noise.

Sound isn’t common in interplanetary and interstellar space. Sounds can’t travel without a medium like a gas to vibrate through, the way ocean waves need to travel through, well, the ocean.

But some waves, like light waves and gravitational waves, can travel through empty space and have properties that perfectly correspond to sound’s. Frequency measures of how often waves crest. While our ears turn sound wave frequency into pitch, our eyes turn lightwave frequency into color.

Not all sonification comes from waves, though. You can map any data into noise as long as you can tell a sound synthesizer what note to play and how loud it should be. I can tell a computer “play a C when blue cars pass by, a D for black cars, and an E for red cars,” and play “Mary Had A Little Lamb” by sending the right combinations of cars at the right times.

Scientists have been turning physical data into sound at least since the 1900s when physicist Hans Geiger co-created the Geiger counter. He found a way to read radiation from radioactive elements to create a clicking noise. Sonified data has become a tool to explain physics to the masses since then.

Bill Kurth from the University of Iowa is one such sonifier; during the NASA Voyager press conference in 1979, he played the descending whistling sounds created by lightning on Jupiter, whose light waves spread out and bent as they interacted with the planet’s magnetic field.

When you show graphs to the general public, “suddenly their eyes glaze over and they’re lost,” Kurth told Popular Science. “But if we can play a sound, and it’s a sound approximately similar to what you’d hear if you sat on a spacecraft and plugged your headphones in, they can kind of relate to that much in the same way as seeing an image of a moon.”

This year, his team created sounds from Jupiter again, sonifying the data picked up by Juno as it recorded the planet’s bow shock, or kind of like a sonic boom caused by Jupiter’s magnetic field interacting with the particles blasting off of the sun.

One hundred years ago, Einstein predicted that gravity travels in little disturbances through the cosmos that cause space to stretch and contract. At LIGO, one part of a laser split in two is sent through an L-shaped tunnel and moves in and out of phase with the second part as the gravitational waves pass. The jittering laser lets the scientists detect the gravitational wave’s frequency and amplitude: how frequently space ripples, and how strong the ripple was. Whenever you have a frequency and amplitude, you can just toss the waves into a computer and translate them into sound.

The gravitational waves LIGO scientists played in February came from two black holes, one 29 and the other 36 times heavier than our sun, spiraling into each other creating a much larger one.

LIGO registered the amplitudes of those waves as disturbances a tiny fraction of the size of a proton, the particles that make up atoms, so scientists naturally needed to make them much, much louder. The LIGO signal was also a little too low for the average layperson to appreciate.

“We… manipulate our signals and increase their frequency with the computer so they sound more pleasing to the ear,” said Alan Weinstein, physics professor at Caltech and LIGO researcher. Still, he said, “I can’t think of a more interesting application of sonification in communicating science at LIGO.”

“Alchemy” also features a sonification similar to my “Mary Had A Little Lamb” example. The ethereal, spacey noises right at the song’s start came from MIT researchers’ Quantizer project that turns particles from collisions at the Large Hadron Collider into sounds. LHC data contains information on the type of particle and its energy. The Quantizer team created a map which correlates the part of the detector a particle passed through and the notes on the scale, to create a special kind of audio file. A musician, in this case MIT graduate Evan Lynch, can create a synthesizer or computer program that reads this file to create audible notes.

CERN and LIGO’s sounds are primarily for outreach. Most of the scientists I spoke to agreed that one can’t often listen to a sound and say “that black hole was about 30 times the size of the sun.”

However, some feel these sounds can help researchers understand and relate to the data. “I think there’s no reason we shouldn’t use a range of senses to get this information in our brains,” said Tim O’Brien, sonifier and associate director of the University of Manchester’s Jodrell Bank Centre for Astrophysics. “It can actually make you feel different about the data. It’s not just about engaging people who aren’t experts. Sometimes you actually hear something … that you hadn’t spotted in a visual representation.”

Outreach is still important. “Alchemy” avoids big science words, “so people who aren’t science enthusiasts and wouldn’t understand the terminology might not at first glance know that the song was my ode to physics,” said Jones. Still, she sees the song and her work as a way to show how more existential ideas unite thinkers.

“The questions that alchemists, scientists and artists try and understand and navigate through in their work is who are we, where do we come from, why are we here and what it all means,” she said. “That’s a big part of why I feel like the integration of science and music informed my artistic process. It’s the summation of these seemingly radical disciplines but originates from the same questions about trying to uncover the universe’s secrets.”