Both landscape and social dynamics influence where people were laid to rest. 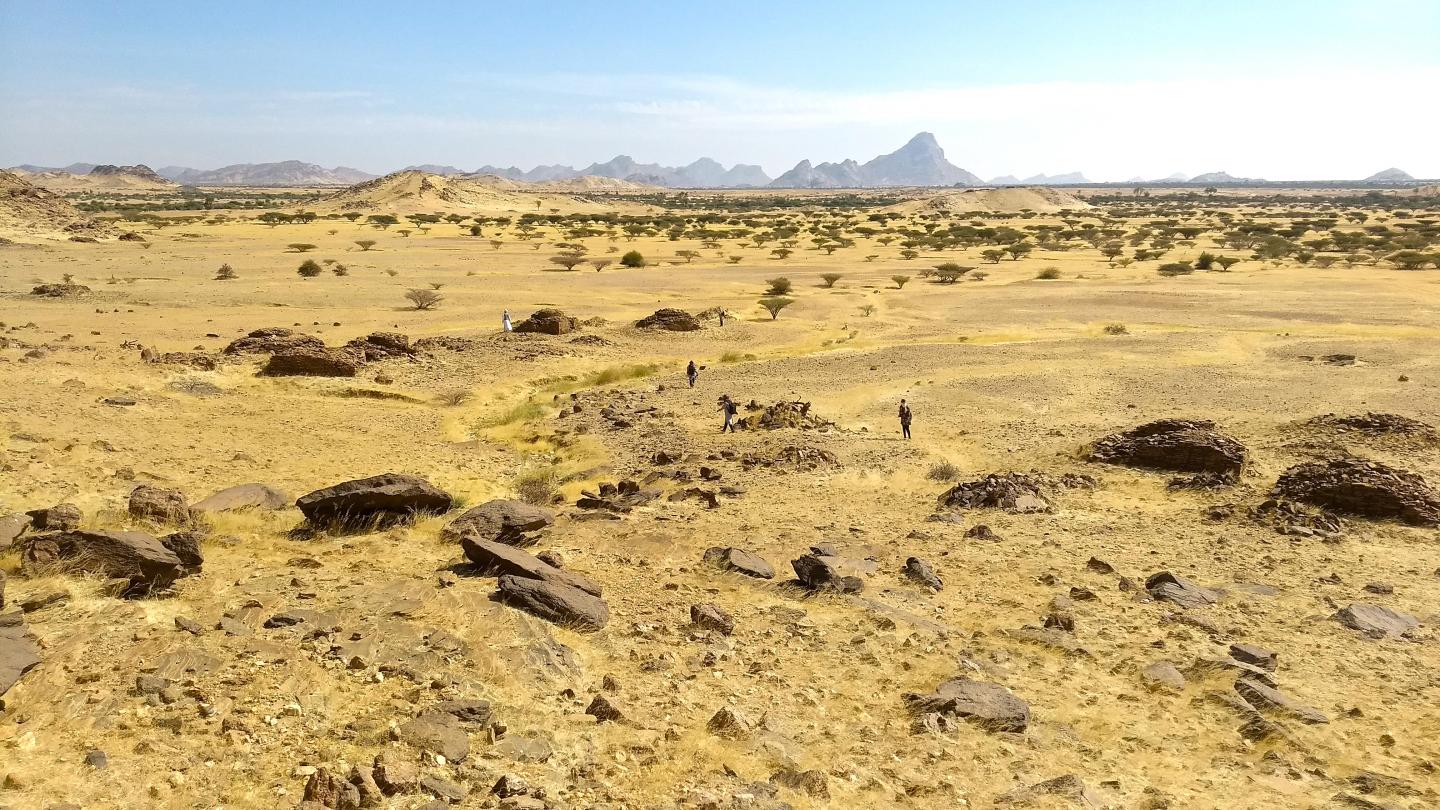 Centuries-old tombs in Eastern Sudan are arranged in clusters that resemble galaxies, new research indicates, demonstrating how both geographic and social processes have shaped the region’s so-called funerary landscape.

Scientists used a statistical tool originally developed for cosmology to investigate the region’s burial sites, which range from ancient structures to medieval and modern Islamic monuments. They found an intricate pattern created when people systematically built new tombs around earlier ones, offering a rare glimpse into the cultural history of the region’s Beja people, who settled the area more than 2,000 years ago and have preserved a semi-nomadic lifestyle.

“Discovering a funerary pattern that very likely appears to be based on complex genealogic and group affiliations gives precious information on their society not only at the time in history when the medieval Islamic tombs were built, but even to previous eras due to their inherent traditionalism,” Stefano Costanzo, a PhD student in archaeology at the University of Naples “L’Orientale” in Italy and coauthor of the new findings, said in an email.

The technique he and his colleagues used to analyze the tombs can also be applied to other remote deserts to understand the origin and development of archaeological sites and landscapes, Costanzo and his colleagues reported on July 7 in the journal PLOS ONE.

Sudan’s hilly, semi-arid Kassala region is dotted with thousands of raised monuments, which are particularly noticeable because of the limited vegetation. Some of these are relatively simple mounds called tumuli that are more than 1,000 years old. They can be earthen- or stone-built rings, disks, or rounded cones and range from half a meter to 20 meters (1.6 to 65.6 feet) in diameter.

There are also well-preserved Islamic monuments known as qubbas. These square structures can be up to five meters long and two meters high (16.4 and 6.6 feet) and are built from flat slabs of rock. The qubbas range from two-storey domed buildings erected in the 16th and 17th centuries to shrines containing single tombs of holy men dating up to the 20th century.

[Related: Your ashes might say more about you than you’d think]

Costanzo and his team used satellite imagery and field surveys to identify the monuments scattered over an area of about 4,100 square kilometers (or 1,583 square miles). The researchers expected to find several hundred tombs clustered around a small group of mountains. To their surprise, however, they identified more than 10,000 spread across the region. They pinpointed 783 tumuli in small clusters around foothills and large, looser clusters in open plains, as well as 10,274 unadorned qubbas arranged in tight clusters, typical of the 16th and 17th centuries.

To determine how these sites were chosen, he and his colleagues drew on their previous research on the region’s environmental conditions. They found that monuments tended to appear in foothill-flat or gently rolling areas with plenty of raw construction material in the form of naturally occurring flat slabs of hard rock from weathered hillsides.

However, while regional geographical features explained why the tomb clusters were found in certain locations, Costanzo says, they couldn’t fully account for the smaller-scale arrangement of these tombs.

The underlying social reasons for these clusters are challenging to decipher because clear written or oral information about the sites is lacking, he says. The tombs all look “remarkably similar,” and none of them have ever been excavated.

To unravel the monuments’ complex pattern, the researchers used a kind of model known as a Neyman-Scott Cluster process. This technique was developed to explore how large numbers of objects, such as stars, cluster around unidentified central points. The team found that the tombs are organized in galaxy-like clusters, in which a few ancestral tombs whose locations were driven by environmental constraints become gradually surrounded by hundreds of newer tombs. These new tombs occasionally become the seeds of additional clusters.

“The ‘galaxy-like’ arrangement comes in handy as a metaphor because it gives the idea of a process regulated by attraction,” Costanzo said. “The gravitational attraction of stars around strong and invisible centers of gravity becomes the socially induced attraction of new tombs around ancient tombs—or even just spots—of traditional importance.”

He and his team concluded that the clusters likely represent tribal or family cemeteries of the Beja people, where many distinct groups may have converged “according to general, handed-down sacredness of the locations,” Costanzo said. The findings may also have relevance for much older archaeological sites in Sudan and Egypt, where other Beja groups live.

Still, Costanzo cautions, the pattern he and his colleagues identified is merely a starting point for more thorough investigations. The next steps will be to explore and establish official protections for the many previously unknown sites and to interview the region’s Beja people for their insights on the tomb clusters. “The whole work would have not been possible without the lead of the Sudanese archaeological team, who directs the field activities, and the Beja People of Kassala,” Costanzo said. “[Their] hospitality and personal insights are the real ground to any heritage research being carried out within the region.”