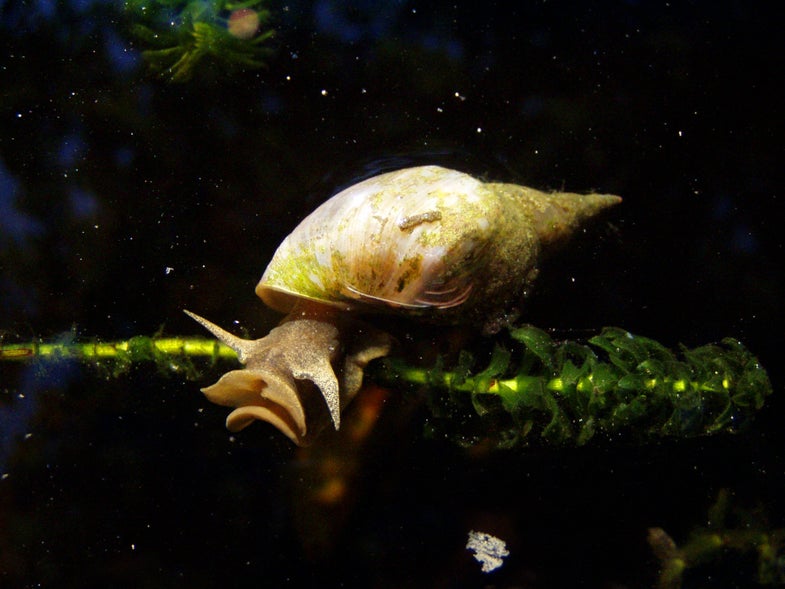 Snails are not fast decision-makers. They’re not fast anything, really. But snails who work out are more decisive, according to a study that was just published in the Journal of Experimental Biology.

Which begs the question: how do you get a snail to work out?

The snails used for this particular experiment, Lymnaea stagnalis, or the great pond snail, live in freshwater. They breathe air, but need to stay in or near water to keep from drying out. They also use the water to support the weight of their fairly large shells. Researchers took advantage of this fact in devising their experiment.

Getting a snail to exercise is less about training than it is about creating a terrifying limbo. In one millimeter of water, great pond snails have just enough moisture to not dry out, but not enough to support their shell. Foolishly thinking that they can find deeper water, the snails crawl around and around, never realizing that there will be no relief–not in this experiment anyway.

Scientists subjected great pond snails to this hellish landscape for two hours before placing them into even more dire straits. The delicately named “test arena” is a dry, empty plain. This is disastrous for the great pond snail. It needs water to survive, so it will now try to find its way to water by circling slowly to investigate its surroundings, then deciding on one direction and heading off rapidly (or as rapidly as a snail can go).

The snails who got to relax in deep water before the test were the controls, and took their time wandering about before deciding where to go. But the snails who had to crawl around for two hours were much more decisive. They made fewer uncertain movements initially, chose a direction sooner, and exited the arena faster than the control snails.

With more research, scientists could also start to understand some of the neuronal networks responsible for exercise-related improvements. Mollusks (a group that includes snails) are some of the most useful model organisms in neuroscience because they have simple nervous systems. A lot of the seminal work on learning and memory came from a species of giant sea slug called Aplysia.

Mollusks in motion could be one of the keys to understanding the complex science of exercise. But first: much more snail torture.