The Mission To Visit A Killer Asteroid 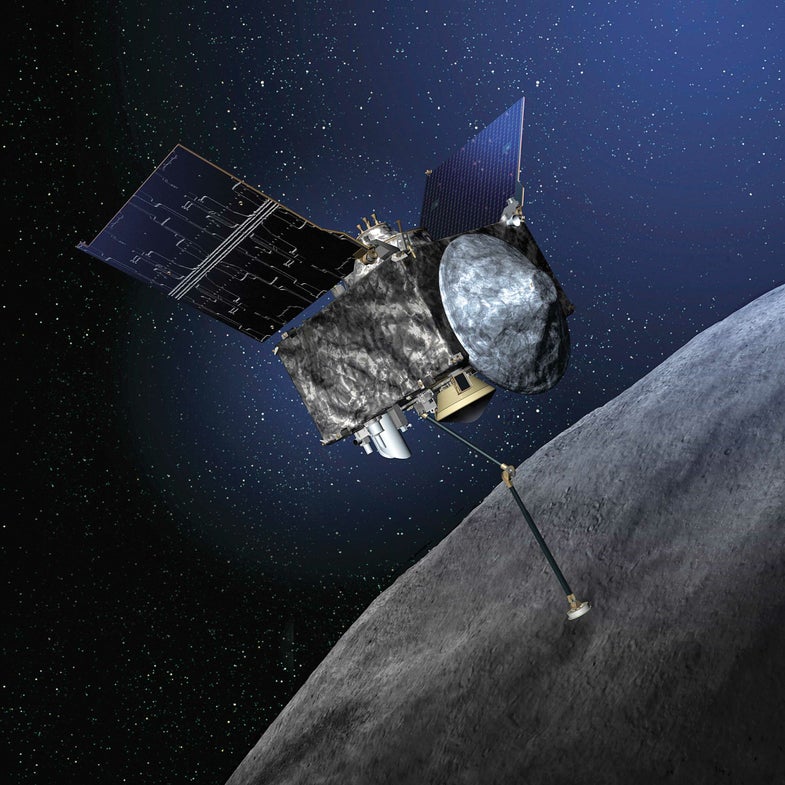 Despite its small size, 101955 Bennu is one of the most dangerous ­asteroids in the solar system. In 2135, it will fly within about 186,000 miles of Earth, at which point, the odds of it striking us are an unsettling 1-in-2,700. Based on impact calculations, University of ­Arizona Lunar & Planetary ­Laboratory staff scientist Bashar Rizk estimates that if a person were within 5 miles of the asteroid’s impact, he or she would likely not survive. If Bennu were to hit a city, “­civilization would be wiped out; most buildings would collapse or ignite, or both,” Rizk says. “The fireball would be about 1,500 times as bright as the sun.”

That’s one reason why, NASA is ­sending a solar-powered spacecraft to rendezvous with the asteroid. Launching in September, the OSIRIS-REx (­Origins, Spectral Interpretation, Resource Identification, Security, Regolith Explorer) will fly about 1.2 billion miles to Bennu, then collect samples from the carbonaceous rock and measure how heat from the sun changes the asteroid’s trajectory. Understanding this effect will help to determine where the asteroid is headed, and it also might provide a method of defense: Scientists could use the sun’s heat to deflect Bennu from a collision course with Earth.

20x8x10: Size, in feet, of OSIRIS-REx with wings deployed

200: Miles from Earth, in millions, that OSIRIS will meet Bennu

1: Total cost, in billions of dollars

1,600: Approximate diameter, in feet, of the asteroid

August-October 2018: Spacecraft cameras power up and try to locate Bennu­—from about 1.3 million miles away. The cameras will assess the asteroid’s shape, spin rate, and whether it has any moons.

December 2018: Rendezvous with Bennu. From a distance of a few miles, the spacecraft will map the asteroid in unprecedented detail, identifying areas that might be easy to sample (as well as hazardous craggy rocks to avoid).

July 2020: The spacecraft’s arm reaches onto Bennu’s surface and sucks up 60 grams or more of asteroid material, which it stows in a sample-return capsule.

September 2023: The spacecraft delivers the sample, which parachutes for a soft landing in Utah. OSIRIS-REx will then bypass Earth and retire in a permanent orbit around the sun.

This article was originally published in the September/October 2016 issue of Popular Science, under the title “Visiting A Killer Asteroid.”