For many states, summer is off to a historically hot and dry start. 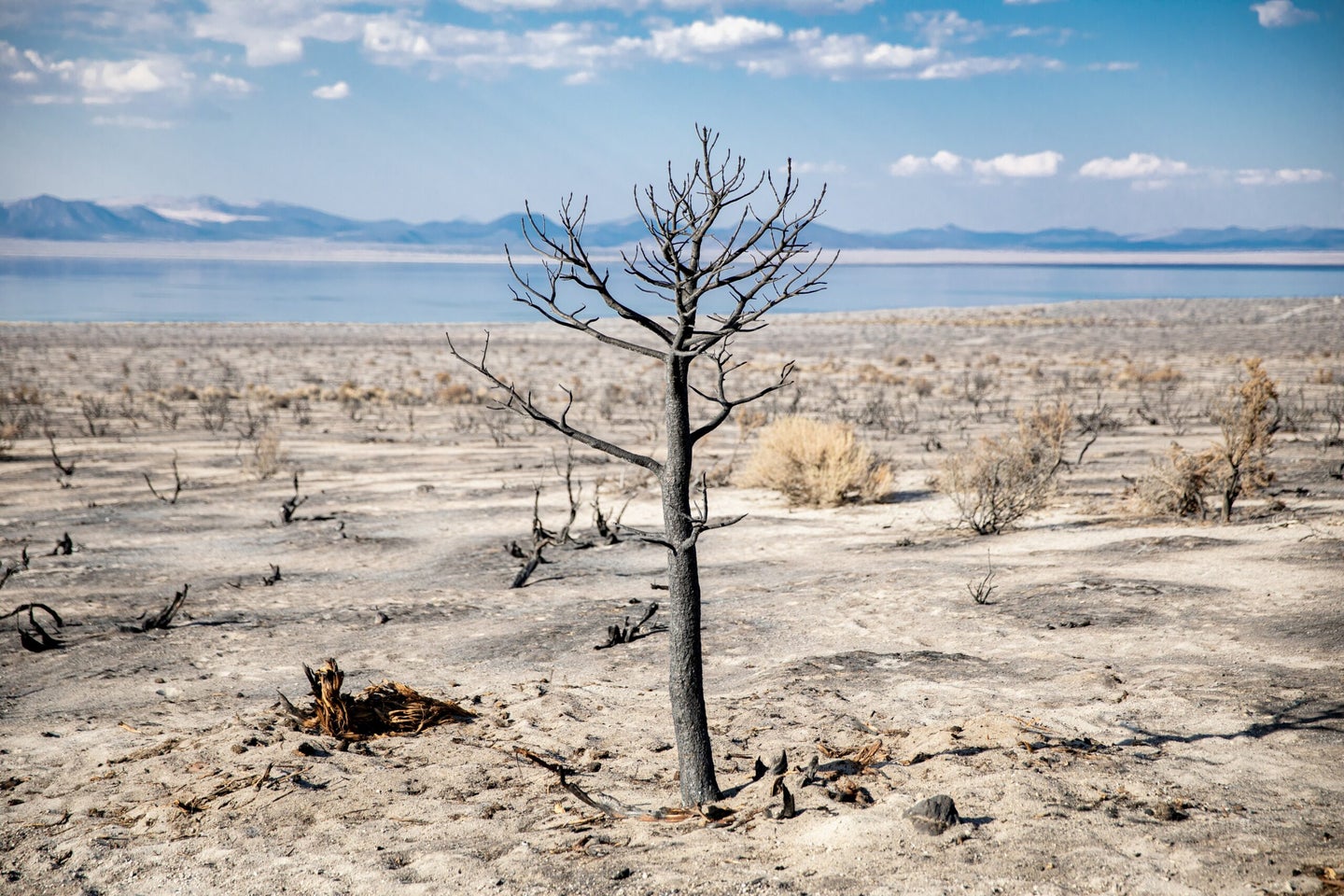 Across the western half of the United States, heat records are being broken by the dozen. On June 10, a new report showed that four western states—California, Oregon, Utah, and Nevada—are entirely under drought conditions, with nearly 90 percent of the entire Western region under drought conditions. That’s up from around 75 percent a week ago. This drought is likely the most extreme and widespread event to hit the American West in at least two decades, with July and August still to come.

“This has a clear fingerprint of climate change, where increasing temperatures will drive this vicious cycle, especially in places like the Western US, where rainfall has been noticeably lessening,” meteorologist Brandon Miller told CNN.

More than 48 million people across the western states are now under heat advisory watches or warnings from the National Weather Service . In places like Los Angeles, temperatures are creeping up nearly 25 degrees higher than the average temperature for this time of year. Salt Lake City hit a record-breaking 102 degrees Fahrenheit, which is the first time the city has gotten above 100 degrees in a century.

This is strange for so early on in the summer seasons, Julie Malingowski, a meteorologist with the National Weather Service told The Guardian. The combination of extreme heat and drought makes for an especially dangerous start to the wildfire season. Hot weather can lead to parched soil and more dry natural material that can fuel flames.

This year has already been a scorching one—833,479 acres have already burned across the country this year compared with 658,069 in the same time period last year, according to CNN. More than 1,500 acres of land across California and Arizona burned over this past weekend alone. Rain that would slow the fire and refill drought-stricken reservoirs is likely far away—dry season is expected to last until October.

“There’s a 100 percent chance that it gets worse before it gets better,” Daniel Swain, a climate scientist at the University of California, Los Angeles, told the New York Times. “We have the whole long, dry summer to get through.”

Beyond just affecting wildlife and spurring early detrimental fires, energy systems can be at risk during extreme weather events, putting the health and lives of people in the area in danger. Power prices have already spiked across the west, and power companies in California have already urged customers to conserve energy as temperatures continue to rise.

“We are working to give the public as much advance notice as possible,” Anne Gonzales, a spokesperson for California Independent System Operator, told Reuters.

Power grid operators in Texas, which is experiencing searing heat, are also urging consumers to limit electrical usage as unplanned outages hit across the state. Mere months ago, Texans were struggling under power blackouts as catastrophic winter weather beat down on the state, leaving millions in freezing climates with no electricity. Lawmakers passed more legislation earlier this month to weatherize the grid and prevent blackouts, but experts like Dan Cohan, a professor of civil engineering at Rice University, think it may not be enough.

The heat dome (a weather system that acts as a cap, trapping heat on Earth’s surface) bringing the unbearably hot weather is expected to decrease in severity by the weekend.