FYI: How Do Firefighters Tackle a Voracious, Out-of-Control Fire?

Using Black Hawks and hand-dug trenches to battle the flames 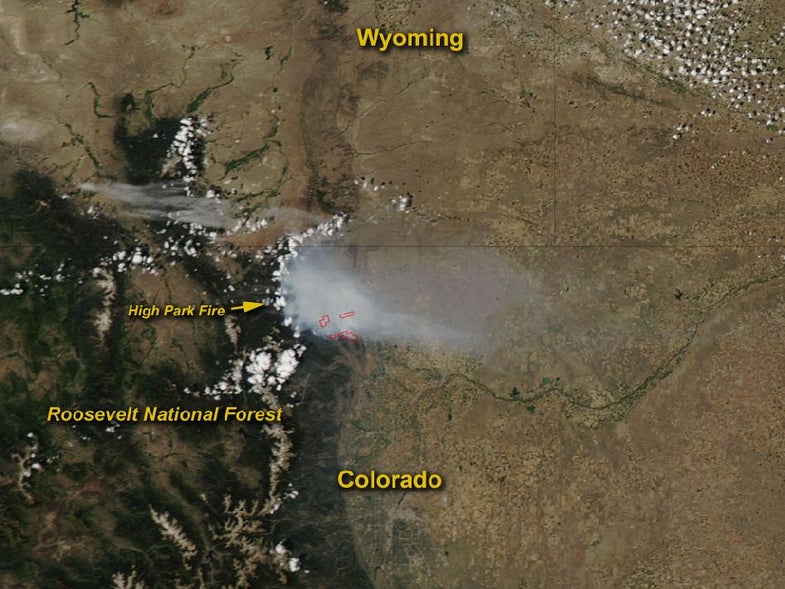 In the West during the summer, wildfires are a part of life; ignited by lightning or accident, flames will rampage through lodgepole forest and across dry mountainsides, filling the air with a dirty orange haze and residents’ hearts with trepidation. But the hot shots will be there, digging trenches by hand, and the Black Hawks and infrared satellites will watch from above, combining a century of ground strategy with modern technology to battle even the most uncooperative fires.

Right now the city of Fort Collins, Colo., is watching as an oppressive and obdurate fire, just six days old, consumes thousands of acres of forest a few minutes’ drive west. The High Park Fire started with a lightning strike in the foothills northwest of the city June 9, and over the weekend it mushroomed into the third-largest fire in state history. As of Thursday morning, it covers 49,763 acres, or 77 square miles. That’s half the size of Denver.

Containment starts with establishing an anchor point. Every fire starts out small, and usually by the time it’s big, fire crews have a base point to work from. Then crews start cutting fire lines — like breaking trail in the woods, Harvey says. Firefighters say they have one foot in black and one in green, for burned versus fresh fuel.

“You put a barrier between black fuel and green fuel, and you cut a trail between the two, so the fire will stop by the time it hits that trail,” he says. Firefighters use axes and pulaskis — ax-pick hybrids invented for wildland firefighting in 1911 — to chop and dig. Once the lines are established, firefighters enter the hot zone and “mop up,” extinguishing hundreds or thousands of blazes in the burned area to prevent any embers from reigniting the blaze farther afield.

“Once those are mopped up, I start to feel as an incident commander that that line is solid and secured. That’s when I start to add that line to my containment percentage,” Harvey says.

A bird’s-eye view of the fire helps managers break it down into sections, known as divisions, which usually get alphabetical names — Bravo, Yankee, and so on. Crews are assigned to certain sections with specific tasks for the day. In the High Park Fire, Thursday’s primary focus areas were in the south-central and southwestern sections, which are near homes, as well as preventing the fire from spreading north and jumping the Cache la Poudre River. 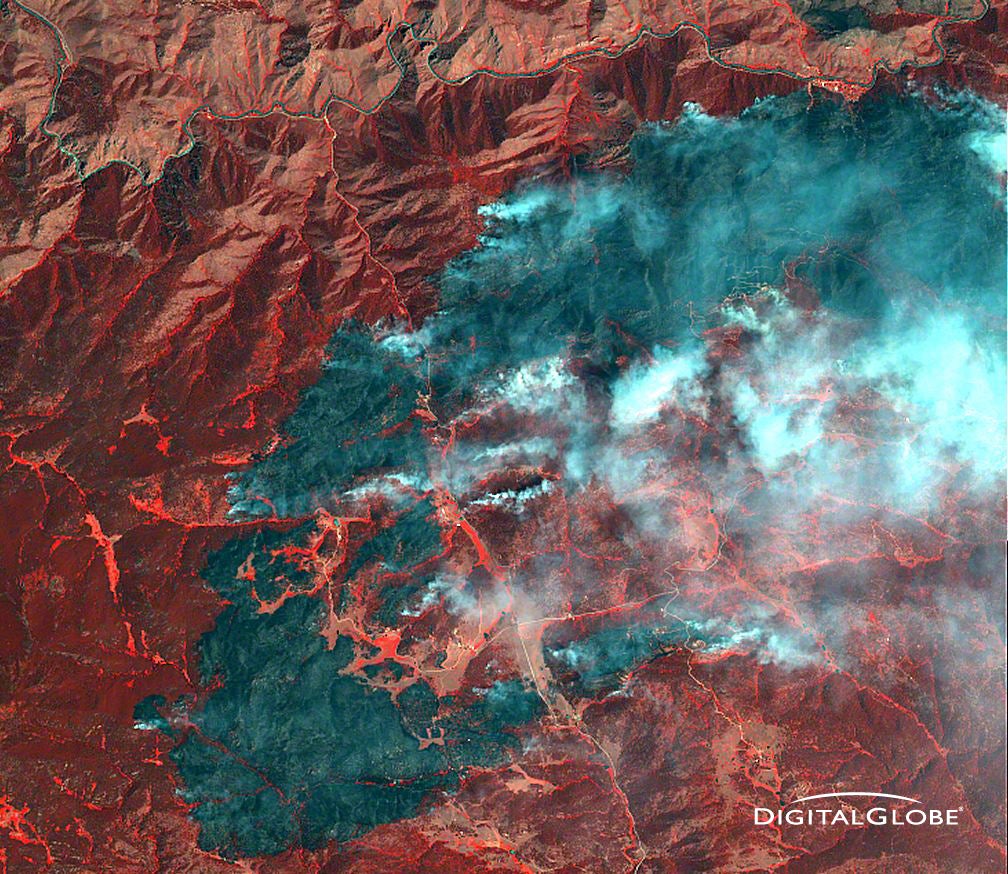 This false-color image from DigitalGlobe shows the early days of the High Park Fire. Red is healthy vegetation; green areas are burned. The fire is much larger than this today. The curvy line at the top is the Cache la Poudre River.

The ultimate goal is to cut off the fire’s fuel supply. Fires need heat, oxygen and fuel, and on the scale of thousands of acres, fuel is the only leg of that triangle firefighters can control. In a Type 1 incident like the High Park Fire — the worst, most complicated kind — crews bring in aerial tankers, helicopters, engines and trucks, and heavy ground-moving equipment. Black Hawks and tankers will drop water and slurry to cool the fire and knock the flames down, literally shortening their height, so ground crews can safely approach. That’s a direct-line strategy, explains Greg Poncin, Type 1 incident commander in the Northern Rockies region, based in Kalispell, Mont. But sometimes, as was the case for a while Thursday, helicopters and planes can’t even take off because of the smoke.

In that case, there’s another key strategy: An indirect attack. Crews set deliberate fires in the path of the monster, destroying its fuel supply before it arrives and taking advantage of its enormous convection columns, in which warm air is pushed up and cool air is drawn in. This in-draft can widen a fire line — firefighters may set a fire near a road, for instance, and use the road as a fire break.

“We can fight fire with fire, or we can start to armor it, and make it wide enough that when the fire comes up, we have a good chance of holding that line,” Harvey says. But this, too, can be difficult when the wind drives the fire, as it is in Colorado; the main blaze is constantly shifting and has multiple fronts.

All the while, satellites, airplanes and helicopters are watching from above to help predict the fire’s potential path. The imaging spectroradiometer on NASA’s Aqua satellite captures the scene, and NASA can even use unmanned aircraft to collect imagery and data that can be viewed in Google Earth. Infrared-equipped satellites and aircraft provide a heat signature, so firefighters can determine the weakest and strongest parts of the beast. Harvey says infrared mapping technology is still relatively new to wildland firefighting, and its ability to monitor the most voracious sections has been invaluable for strategists. And today’s advanced helicopters can lift more water, fly in more dangerous conditions and arrive on scene more quickly, he says.

“Clearly technology has had an impact on not only what we do, but how we do it. But I go back to the old fire triangle,” he says. “Certain things haven’t changed.”

The hot shots on the ground are the ones who will contain it, Harvey and Poncin say.

“It’s dirty, hard, back-breaking work,” Poncin says. “But sometimes that’s the only thing that will work.”