Your ashes might say more about you than you’d think 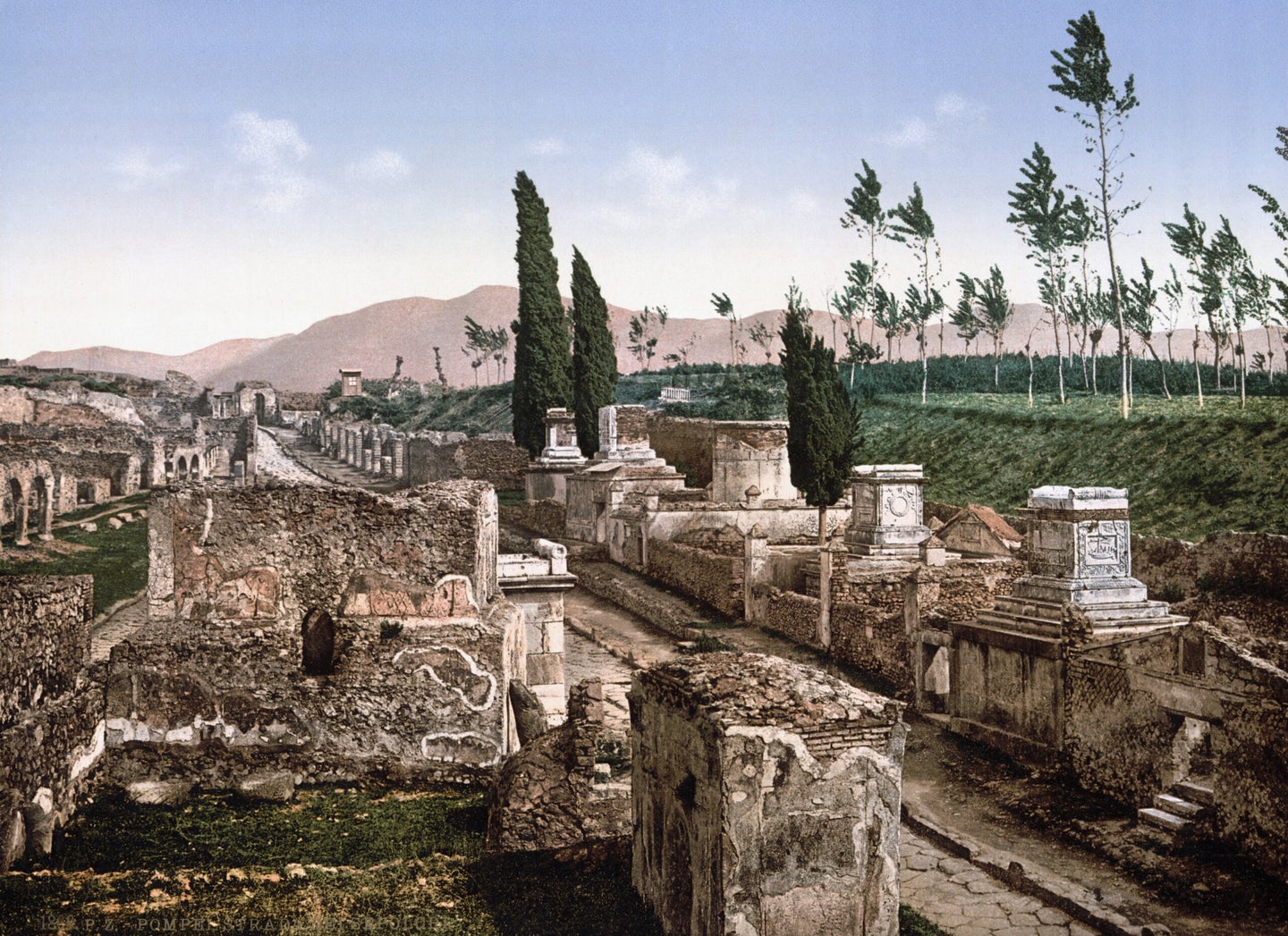 A Photochrome image of the Street of Tombs in Pompei, circa 1900. Wikimedia
SHARE

But cremated remains? Not so much.

“When you think about cremated remains, they look totally destroyed,” says Tim Thompson, a professor of biological anthropology at Teesside University in England. “They look like you can’t get any information out of them at all.”

That attitude is slowly changing, according to Thompson, the editor of the 2015 anthology The Archaeology of Cremation. As technology advances, archaeologists can look beyond the ashes. “What we’ve realized is, you can basically collect any information from a burnt body as an unburnt body, it’s just more challenging,” he says.

Bodies that have undergone exhumation, the technical term for a full-body burial, and mummification are great candidates for DNA analysis. But the heat of a funeral pyre typically destroys such genetic evidence in cremated bodies. Similarly, chemical analyses of tooth enamel, which can reveal even the most granular details of an individual’s diet, doesn’t work when one’s dental crowns have exploded—a common side effect of cremation.

One of the most foundational challenges is identify the biological sex of a cremated individual. In a study, published Wednesday in PLOS ONE, a team of archaeologists lay out a new methodology for categorizing ancient bodies by sex.

Typically, the most reliable evidence for determining the sex of a skeleton is either the size of its skull (upwards of 80 percent accuracy rates) or the shape of its pelvis (roughly 96 percent accurate). It only works, though, when those body parts are somewhat intact—a rarity with ashen remains.

“When we think about cremation—modern cremation—we think about ashes or powder,” says lead author Claudio Cavazzuti, a researcher at Durham University, a few miles up the road from Teesside. “But in the past, with the ancient techniques and the funeral pyres, the results of a cremation are these fragments [ranging from 0.3 to 3 inches] but it’s almost never a complete bone.”

So Cavazzuti and his co-authors identified 24 other anatomical features that might correspond to sexual dimorphism, the phenomenon whereby male and female members of a single species display different physical traits, like a male peacock’s jewel-toned tail or a male mandrill monkey’s blood-red nose. They then tested their hypothesis on the cremated remains of 124 individuals, retrieved from five Italian necropolises between 3,000 and 2,500 years old. Each of these Bronze or Iron Age remains, the authors write, had “bone chromatism ranging from white calcined, to gray, typical of a complete cremation” above 1,292 degrees Fahrenheit.

According to the new paper, 21 of those features corresponded, to varying degrees, with the sex of the individual’s remains. The size of the radius, humerus, patella, and talus bone at the top of the foot were especially useful to this kind of forensic detective work, with eight of the markers providing 80 percent or more accuracy.

Of course, peering back into the past is never easy, and there caveats to even the most promising developments in archaeological methodology. One of the central problems is that sexual dimorphism is always a moving target. Human males, statistically speaking, are typically larger than females, but these differences exist on a spectrum—and outliers are common. In Cavazzuti’s paper, for example, the authors describe the presence of “gracile males,” who could be easily misclassified as females under simplistic size-based categorizations.

Different populations throughout history also have different average heights and weights. In the past, archaeologists have made the mistake of assuming someone buried in a grave in Bologna, Italy 3,000 years ago should be similar to someone living in Bologna today. That led, Cavazzuti says, to “an overrepresentation of female individuals,” because, it turns out, our rich diets and modern healthcare mean the average 21st century woman is probably close to the same size as a typical proto-historic man. “That’s why it’s important to build population-specific distributions,” Cavazzuti says, and keep those databases updated as new information rolls in.

Perhaps the most difficult obstacle, according to Thompson (who was not involved in the new study), is finding enough archaeological data to confirm your findings in the lab. To verify that the sex he assigned each individual based on their femur measurements or patella calculations were correct, Cavazzuti compared his data to the specimen’s grave goods. In this period, the 12th to 6th centuries BCE, men were typically buried with symbols of their valor, like weapons or urns with decorative razors. Women, meanwhile, were more likely to have urns designed with spindle whorls, and be buried with glass or faïence ceramic beads and hair combs.

It’s often assumed that such markers accurately correspond to not only the individual’s biological sex, but to their gender, which is a social identity. But our modern, rigid notions of gender don’t always project well onto the past. In January 2018, an exciting new analysis of a woman’s dental calculus revealed blue pigment from lapis lazuli, leading researchers to conclude she was a skilled producer of illuminated manuscripts, a role many people (including one of the study’s reviewers) don’t believe women played. In September 2017, a similar event occurred involving a Viking long presumed to be a man based on their burial as a high-ranking warrior. Subsequent genetic analysis revealed the valiant fighter to be a woman—”a real-life shieldmaiden.”

Ultimately, archaeological research has the potential to obscure our past and incorrectly uphold our modern assumptions. But more often its practitioners illuminate what time—and, on occasion, cremation—would otherwise have hidden from view.