Research on the immune system response to Omicron gives us clues about vaccine efficacy. Here's what it can tell us, and what it can't. 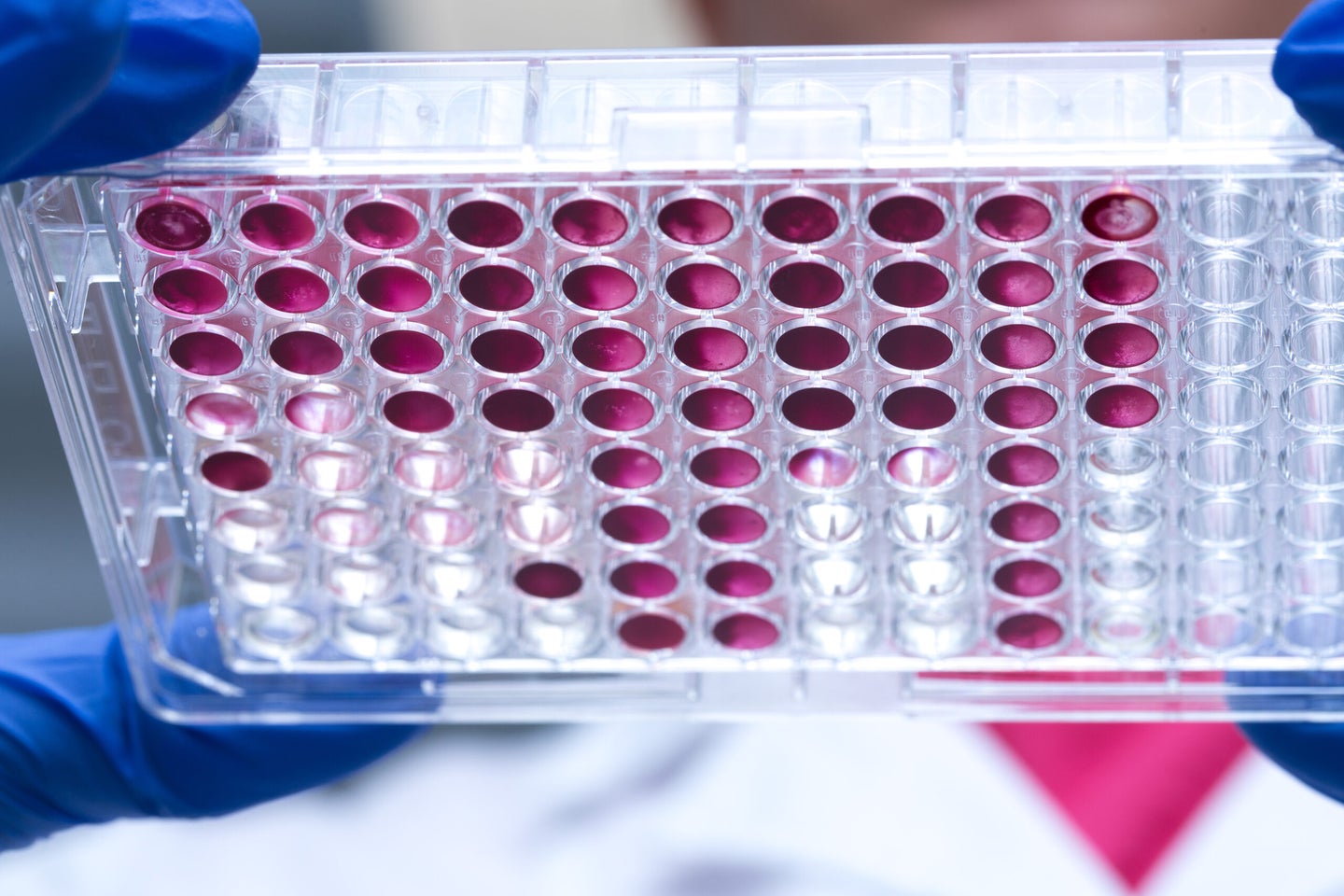 Researchers are gathering data on how the immune system responds to Omicron. But vaccine efficacy is more than bloodwork. sruik/Deposit Photos
SHARE

The mutations on the spike protein of the Omicron variant indicate that it might be good at slipping past the immune system of someone who’s recovered from COVID, or even someone who’s been fully vaccinated. These changes to the genetic code make understanding vaccine efficacy against Omicron infections a critical question.

It’s important to keep in mind that vaccines can be effective in a range of ways. At their best, vaccines might keep a virus from getting even a toehold in the body. They might prevent symptoms, but still allow for asymptomatic infections. Or they might prevent mild symptoms from progressing into severe illness and hospitalization.

All of those are meaningful effects, but they change how a vaccine impacts the course of an outbreak. We still don’t know, for example, how effective vaccines were at preventing infection with the wild strain of SARS-CoV-2—the original vaccine trials only measured efficacy against symptomatic infection and severe outcomes.

In some other rapidly mutating viruses, like influenza, researchers turn to biological benchmarks, like levels of antibodies, to predict whether a vaccine will protect someone against illness. Relying on them allows researchers to estimate the efficacy of a vaccine from blood work alone.

[Related: What the early evidence tells us about vaccine protection from Omicron]

“In influenza, there’s a magic number that you have to get antibodies over… and you can infer that people won’t get [the flu],” says John Tregoning, an immunologist who studies vaccine technologies at Imperial College London. But with COVID, researchers still don’t know what that number might be, and how much Omicron’s slippery outward appearance will lead to real-world consequences.

Instead, they’re piecing together that picture from a combination of computer modeling, experiments using immune cells in blood, and real-world epidemiological data.

Most of the preliminary studies of Omicron and vaccine effects are looking at the activity of antibodies in the blood of vaccinated people. That’s in part because antibodies are one of the body’s first lines of defense against a virus, and they are also relatively easy to measure.

The first studies of vaccine immunity and Omicron will measure how effectively those neutralizing antibodies attach to the mutated spike protein of the variant, using a process called an antibody neutralization assay.

“You’re taking particles—either live virus, or particles that have the same spike protein on their surface—and mixing that with blood of people who have been vaccinated or previously been infected,” says Vineet Menachery, an immunologist at the University of Texas Medical Branch who studies the interaction between the immune system and coronaviruses.

Once they’re mixed, researchers can measure how many of the particles were actually coated in antibodies. Then they repeat the process, but dilute the blood, effectively reducing the amount of antibodies.

Researchers keep diluting the blood until more than half the virus particles survive the antibodies. The level of dilution needed to hit that level is referred to as the “neutralizing titer,” and is one of the key metrics from early research on Omicron. This isn’t a measure of how many antibodies are in someone’s blood—a small number of antibodies that fit tightly on a spike protein might be equivalent to a large number of loosely fitting antibodies—but rather how well the antibodies work against a specific variant. Early research from Pfizer found that neutralization in the blood of vaccinated people is about 25 times lower against Omicron than the original SARS-CoV-2 virus—along the lines of a dilution of 1:15 instead of 1:400.

That’s much better than the worst-case scenario, because it means that there’s still some response, if not as strong.

The challenge is, scientists don’t know exactly what level of neutralizing activity stop you from getting sick or being hospitalized.

[Related: Omicron isn’t going away. Here’s how to protect yourself from the latest COVID variant.]

Antibody studies in the lab have other limitations.  Many of the early studies on Omicron involve mimicking the spike protein with “pseudoviruses,” which are faster to manufacture and don’t require strict biosecurity precautions. But they’re also less similar to the real infection process.

The body also produces different types of antibodies in different tissues. It’s likely that antibody responses in mucosal tissue, like the sinuses, helps determine whether or not someone gets infected in the first place. But that’s not something scientists can predict from blood samples.

And antibody responses change over time. In the days after someone is vaccinated, their body is flooded with antibodies. “Those antibodies are broad, but not super specific,” says Menachery. “They’re good enough, and you make a lot of them. Over the next six to eight weeks, your body will then select the best of those antibodies.”

A few years after vaccination, scientists might expect a person to have very few antibodies in their blood, and low neutralizing titers. But if the virus got into their system, B cells—the antibody factories—would kick into gear immediately, and the immune response would have a head start. There’s also evidence that B cells become better at adapting to new variants in the months after vaccination. To understand how vaccine immunity to Omicron changes over time will be a slow process, because it will involve measuring antibody response many times from the same individuals.

“It’s good to have the neutralizing data, because it says, let’s be more careful, let’s boost,” says Tregoning. “It doesn’t automatically tell us what happens next.”

Studies focus on antibodies because they’re relatively easy to measure. But they’re just one element of the body’s response to pathogens. Once a virus has actually entered cells and begun to replicate, types of white blood cells, called T cells, kick into gear to stop the progression of an infection.

T cells can recognize a whole platter of viral genetic material, and so they’re less likely to be thrown off by mutations in the spike protein. That’s because unlike antibodies, they’re looking for chunks of viral protein that are spat out by infected cells. Alba Grifoni, who studies T cell responses at the La Jolla Institute for Immunology, compares the virus to a house made of Legos. A T cell recognizes the house from the color of its bricks—maybe red, yellow, and green. If the green bricks develop a mutation, the T cells can still spot the other pieces.

Testing T cell recognition is challenging. So far, preliminary results have been based only on models, which compare the sequences that existing T cells recognize with their counterparts on Omicron. Modeling from Grifoni’s team suggests that under 10 percent of T cell targets on Omicron have mutated beyond recognition.

But studies are underway to see exactly how those blood cells bind to real virus parts. “You can mimic the infection with an experiment,” says Grifoni. “I can basically get blood from someone who got their vaccination, and has never seen Omicron. Then I can test if the immune response of that person will also recognize the Omicron variant.”

There are multiple ways of doing that. One involves bathing T cells in proteins from the virus, called peptides and then measuring whether the T cells begin signaling that they’ve spotted the invader. “We would have these peptides specific for spike protein,” says Deborah Fuller, a vaccine researcher at the University of Washington. “We would incubate T cells with peptides for something irrelevant, that we wouldn’t expect T cells in our body to be recognizing. And we might put influenza peptides [with other T cells], because we’ve all seen the flu.” By stacking up how powerfully the T cells respond to those Omicron proteins, researchers will get a sense of how well they’ll work in the body.

Strong T cell responses to Omicron will suggest that vaccinated people continue to be protected against severe disease, even if they can get infected.

But even then, there are unknowns. “What we don’t know is what’s in the deep lung,” says Tregoning. “because there are T cells that live specifically in those tissues which are very good sentinel cells.” Those T cells are likely to play a role in stopping a COVID head cold from progressing to pneumonia. “We don’t know what’s happening with those and they’re important, but to get those you have to sample into the deep lung, and that is challenging.”

All of the lab tests are, in the end, only proxies for how vaccine immunity will hold up in the real world. They can suggest that some people will have weaker antibody responses, or that booster shots will amp up certain elements of the immune system.

To really understand how effective vaccines remain, we need to see who becomes sick with the variant, and how severe that disease becomes. That takes time.

“It’s been about two, three weeks since South Africa started reporting these cases,” says Menachery. “What I’ll be looking for is: Is there a corresponding increase in hospitalizations, and a week later, an increase in deaths?”

If deaths don’t rapidly rise after infections, that will suggest that vaccines are still effective. That’s what the UK saw during its Delta wave: Although the variant caused record numbers of infections, deaths quickly leveled off.

“The only real thing that will tell is real world efficacy data on who’s getting sick in a month’s time,” says Tregoning. “That’s the proof in the pudding.”