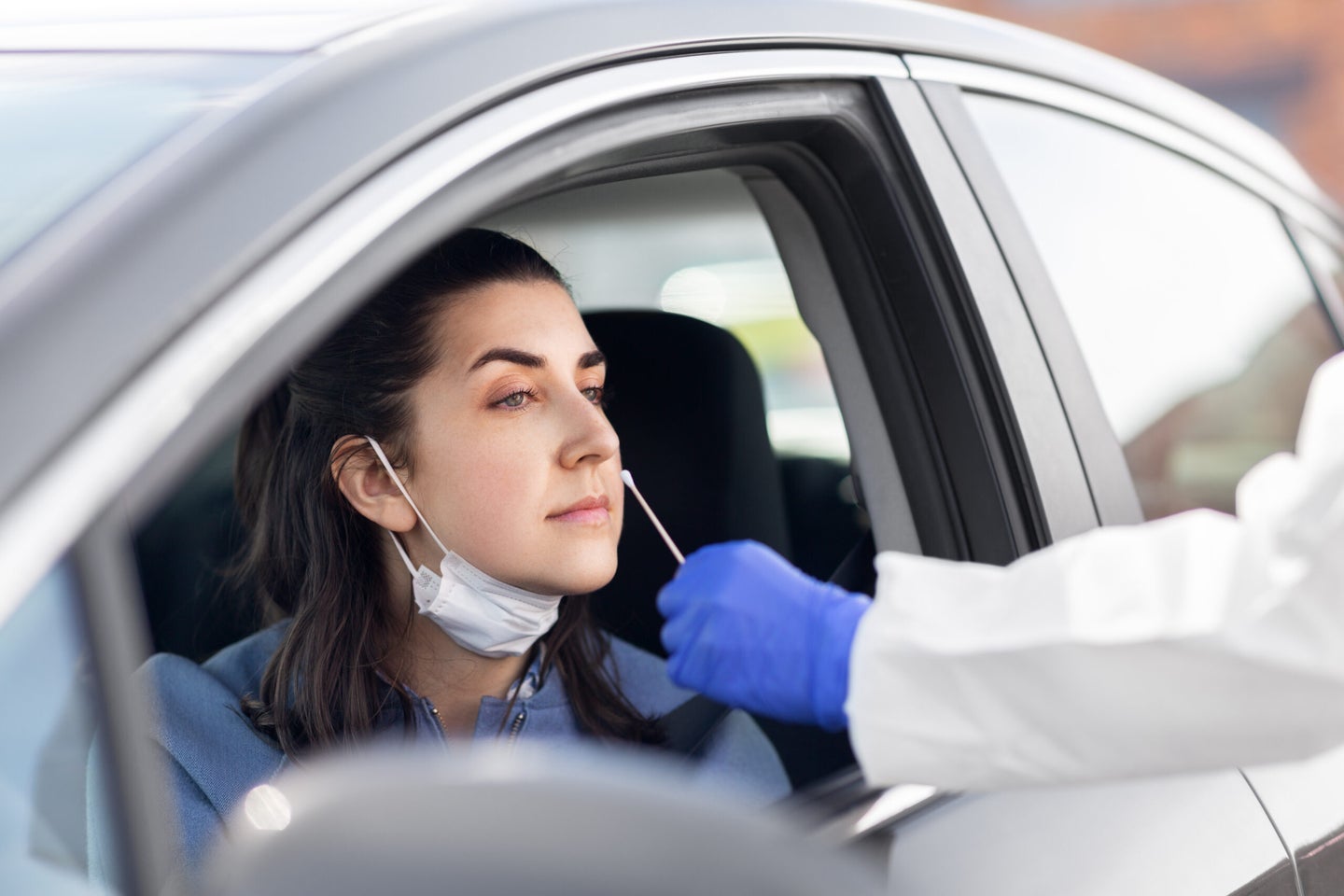 Over the last week, headlines across the internet suggested that Omicron might cause a milder form of illness compared to previous COVID variants. Many of the stories stemmed from a recent report from Discovery Health, a large healthcare and insurance system in South Africa. The report found that based on a 200,000-person study, adults were 29 percent less likely to be hospitalized now than they were during the first wave of the pandemic.

But COVID researchers continue to say that findings like these don’t necessarily mean that Omicron is intrinsically milder. In fact, they might suggest that vaccines combined with prior infection might simply be preventing deadly outcomes, as they were intended to do. The Discovery researchers themselves note that, given a 35 percent adult vaccination rate and a population that has already recovered from other COVID variants, it’s hard to estimate Omicron’s “true severity.”

In South Africa, cases in the Omicron wave have already begun peaking after three weeks, but deaths haven’t climbed as quickly as in previous waves. “We believe it might not necessarily just be that Omicron is less virulent, but coverage of vaccination [and] natural immunity … also adding to the protection,” Joe Phaahla, the country’s health minister, told Britain’s the Times.

South Africa recently recovered from a national Delta surge, epidemiologists at Massachusetts General Hospital and Harvard’s School of Public Health noted in a working paper this week. “Thus, Omicron enters a South African population with considerably more immunity than any prior SARS-CoV-2 variant has encountered,” the researchers wrote, “enriched among those who would have been at greatest risk for severe outcomes.”

The result, they wrote, suggest “the true risk of severe infection will be systematically underestimated.”

Darryl Falzarano, a vaccine researcher at the University of Saskatchewan, says that estimating severity becomes harder as time goes on. “How many infections did we miss that are asymptomatic, or never ended up getting diagnosed?” he says. “If those people now get infected with Omicron, you would expect severity to be lower… Pulling that apart and knowing if it’s truly a naive Omicron infection”—in someone who’s never been infected or vaccinated—makes assessing severity difficult.”

The recent report in Discovery Health is complicated by the fact that children under 18 were 20 percent more likely to be admitted to the hospital with Omicron than in the first wave, though much less likely than adults. “In the fourth wave, [South African hospitals] are seeing a similar increase in admissions [to Delta] for children under five years of age,” wrote Shirley Collie, Discovery’s top health actuary, in the report. The highest rates of admission were among children under 5.

That could be because children are more representative of a naive population. South Africa approved vaccines for 12 to 17 year olds in October, and children have been less likely to catch and spread the coronavirus. That would suggest that Omicron is more severe, at least in children. But that’s not necessarily what’s happening. “It’s children who have become the most unvaccinated of our population, and as expected, cases are going to concentrate in those age groups,” says Sallie Permar, pediatrics chair at Weill Cornell Medicine. “It’s very common to test [hospitalized kids] now,” but was less common early in the pandemic. Some of those kids test positive, even if it’s not clear that they were hospitalized for COVID in the first place.”You find them much more frequently at a time that there’s a surge,” says Permar. The Discovery Health report notes that those ‘incidental’ cases could be contributing to the apparent risk as well.

It could turn out that Omicron tends to cause milder disease, even in people with no prior immunity.

[Related: Your up-to-date guide on international travel during the pandemic]

“I think that there is more data beginning to suggest that this reduced virulence may in fact hold true across more global regions BUT we’re waiting for data to substantiate that,” says Jason Kindrachuk, a virologist at the University of Manitoba who has written on COVID’s pathogenicity, in an email to Popular Science. “And the crux of all of this is that the transmissibility and movement of Omicron through global populations is outpacing our ability to acquire enough data to answer this question.”

At a briefing on December 10, University of the Witwatersrand infectious disease researcher Anna von Gottberg presented a similar finding. The data relied on the fact that Omicron gives a telltale reading on some PCR tests, allowing researchers to estimate its presence even without sequencing cases. During the November spike in Omicron cases, but before it pushed out other variants, von Gottberg said that Omicron-suspected cases were less likely to lead to hospitalization. There are “some hints that maybe the disease is less severe, but we need to wait several weeks,” she said. It could be that Omicron was simply infecting a lot of people who were resistant to other variants, and have some immunity.

Why exactly fewer people are getting very sick from Omicron doesn’t matter so much for understanding its impacts. A mild variant, whether via immunity or intrinsic qualities, still poses profound challenges.

“I would say that everything so far has been reassuring to say this is not a virus that is scarier than the first, in terms of how sick it makes people,” says Permar. “Whereas two years ago we were overwhelmed with sick people needing ventilators… now it’s going to be complicating our staffing.” COVID positive healthcare providers can’t work. Meanwhile, hospitalizations in the United States are rising because of Delta. There are national nursing shortages, driven by burnout and pay issues after two years of managing a crisis.

Staffing shortages are “a nice outcome” relative to ventilator shortages, says Permar. But it’s an outcome that raises deep questions about the capacity of the American healthcare system.