What the Energy Department’s laser breakthrough means for nuclear fusion

Nearly 200 lasers fired at a tiny bit of fuel to create a gain in energy, mimicking the power of the stars. 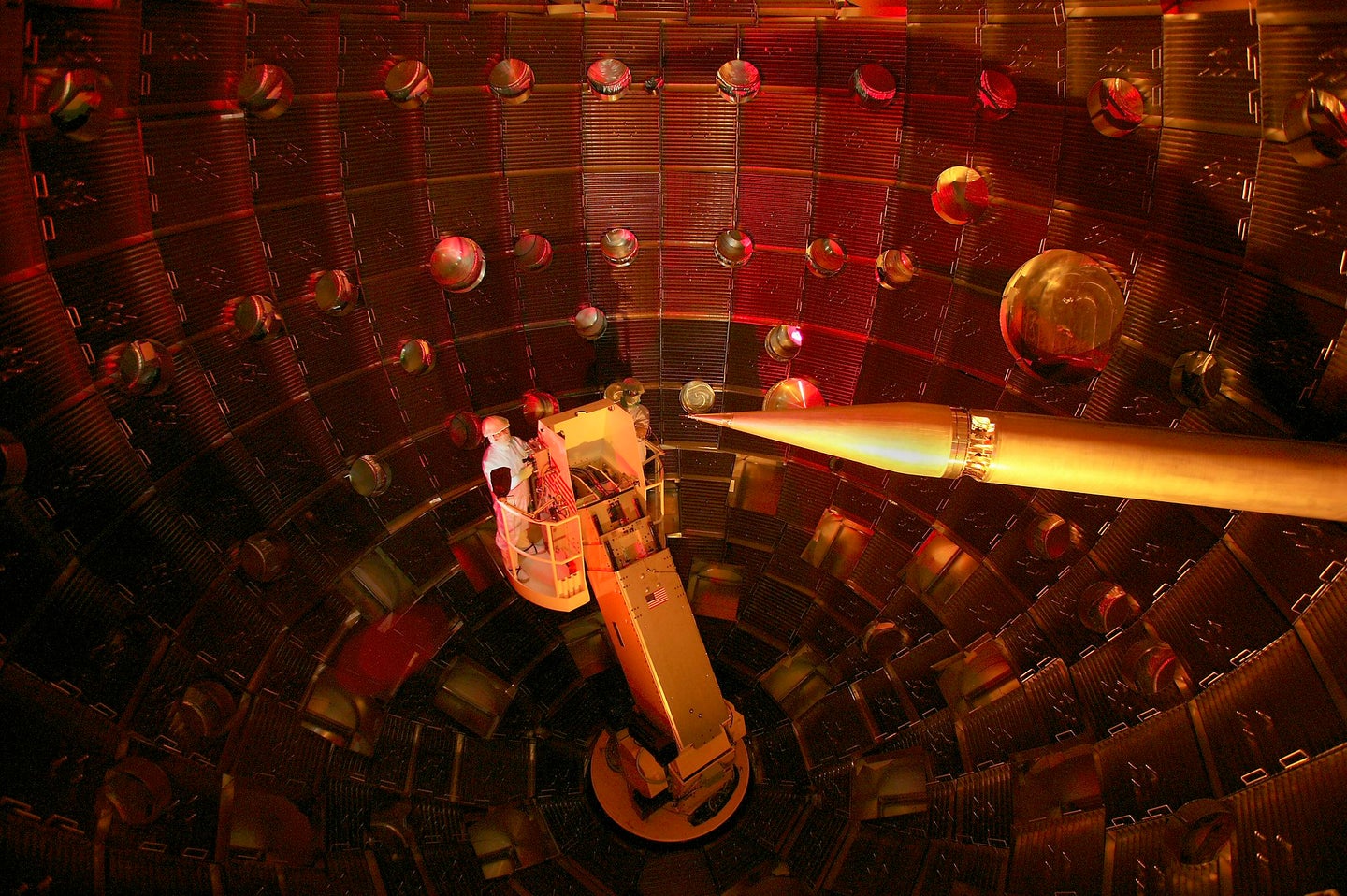 Since the 1950s, scientists have quested to bring nuclear fusion—the sort of reaction that powers the sun—down to Earth.

Just after 1 a.m. on December 5, scientists at the National Ignition Facility (NIF) in Lawrence Livermore National Laboratory (LLNL) in California finally reached a major milestone in the history of nuclear fusion: achieving a reaction that creates more energy than scientists put in.

This moment won’t bring a fusion power plant to your city just yet—but it is an important step to that goal, one which scientists have sought from the start of their quest.

“This lays the groundwork,” says Tammy Ma, a scientist at LLNL, in a US Department of Energy press conference today. “It demonstrates the basic scientific feasibility.”

On the outside, NIF is a nondescript industrial building in a semi-arid valley east of San Francisco. On the inside, scientists have quite literally been tinkering with the energy of the stars (alternating with NIF’s other major task, nuclear weapons research).

[Related: Physicists want to create energy like stars do. These two ways are their best shot.]

Nuclear fusion is how the sun generates the heat and light that warm and illuminate the Earth to sustain life. It involves crushing hydrogen atoms together. The resulting reaction creates helium and energy—quite a bit of energy. You’re alive today because of it, and the sun doesn’t produce a wisp of greenhouse gas in the process.

But to turn fusion into anything resembling an Earthling’s energy source, you need conditions that match the heart of the sun: millions of degrees in temperature. Creating a facsimile of that environment on Earth takes an immense amount of power—far eclipsing the amount of researchers usually end up producing.

Lasers aimed at a tiny target

For decades, scientists have struggled to answer one fundamental question: How do you fine-tune a fusion experiment to create the right conditions to actually gain energy?

Then, they fire a laser—which splits into 192 finely tuned beams that, in turn, enter the hohlraum from both ends and strike its inside wall.

“We don’t just smack the target with all of the laser energy all at once,” says Annie Kritcher, a scientist at NIF, at the press conference. “We divide very specific powers at very specific times to achieve the desired conditions.”

As the chamber heats up to millions of degrees under the laser barrage, it starts producing a cascade of X-rays that violently wash over the fuel pellet. They shear off the pellet’s carbon outer shell and begin to compress the hydrogen inside—heating it to hundreds of millions of degrees—squeezing and crushing the atoms into pressures and densities higher than the center of the sun.

If all goes well, that kick-starts fusion.

When NIF launched in 2009, the fusion world record belonged to the Joint European Torus (JET) in the United Kingdom. In 1997, using a magnet-based method known as a tokamak, scientists at JET produced 67 percent of the energy they put in.

That record stood for over two decades until late 2021, when NIF scientists bested it, reaching 70 percent. In its wake, many laser-watchers whispered the obvious question: Could NIF reach 100 percent?

But fusion is a notoriously delicate science, and the results of a given fusion experiment are difficult to predict. Any object that’s this hot will want to cool off against scientists’ wishes. Tiny, accidental differences in the setup—from the angles of the laser beams to slight flaws in the pellet shape—can make immense differences in a reaction’s outcome.

It’s for that reason that each NIF test, which takes about a billionth of a second, involves months of meticulous planning.

“All that work led up to a moment just after 1 a.m. last Monday, when we took a shot … and as the data started to come in, we saw the first indications that we’d produced more fusion energy than the laser input,” says Alex Zylstra, a scientist at NIF, at the press conference.

This time, the NIF’s laser pumped 2.05 megajoules into the pellet—and the pellet burst out 3.15 megajoules (enough to power the average American home for about 43 minutes). Not only have NIF scientists achieved that 100-percent ignition milestone, they’ve gone farther, reaching more than 150 percent.

“To be honest…we’re not surprised,” says Mike Donaldson, a systems engineer at General Fusion, a Vancouver, Canada-based private firm that aims to build a commercially viable fusion plant by the 2030s, who was not involved with the NIF experiment. “I’d say this is right on track. It’s really a culmination of lots of years of incremental progress, and I think it’s fantastic.”

But there’s a catch

These numbers only account for the energy delivered by the laser—omitting the fact that this laser, one of the largest and most intricate on the planet, needed about 300 megajoules from California’s electric grid to power on in the first place.

“The laser wasn’t designed to be efficient,” says Mark Herrmann, a scientist at LLNL, at the press conference. “The laser was designed to give as much juice as possible.” Balancing that energy-hungry laser may seem daunting, but researchers are optimistic. The laser was built on late-20th-century technology, and NIF leaders say they do see a pathway to making it more efficient and even more powerful.

Even if they do that, experts need to figure out how to fire repeated shots that gain energy. That’s another massive challenge, but it’s a key step toward making this a viable base for a power plant.

“Scientific results like today’s are fantastic,” says Donaldson. “We also need to focus on all the other challenges that are required to make fusion commercializable.”

A fusion power plant may very well involve a different technique. Many experimental reactors like JET and the under-construction ITER in southern France, in lieu lasers, try to recreate the sun by using powerful magnets to shape and sculpt super-hot plasma within a specially designed chamber. Most of the private-sector fusion efforts that have mushroomed of late are keying their efforts toward magnetic methods, too.

In any event, it will be a long time before you read an article like this on a device powered by cheap fusion energy—but that day has likely come an important milestone closer.

“It’s been 60 years since ignition was first dreamed of using lasers,” Ma said at the press conference. “It’s really a testament to the perseverance and dedication of the folks that made this happen. It also means we have the perseverance to get to fusion energy on the grid.”