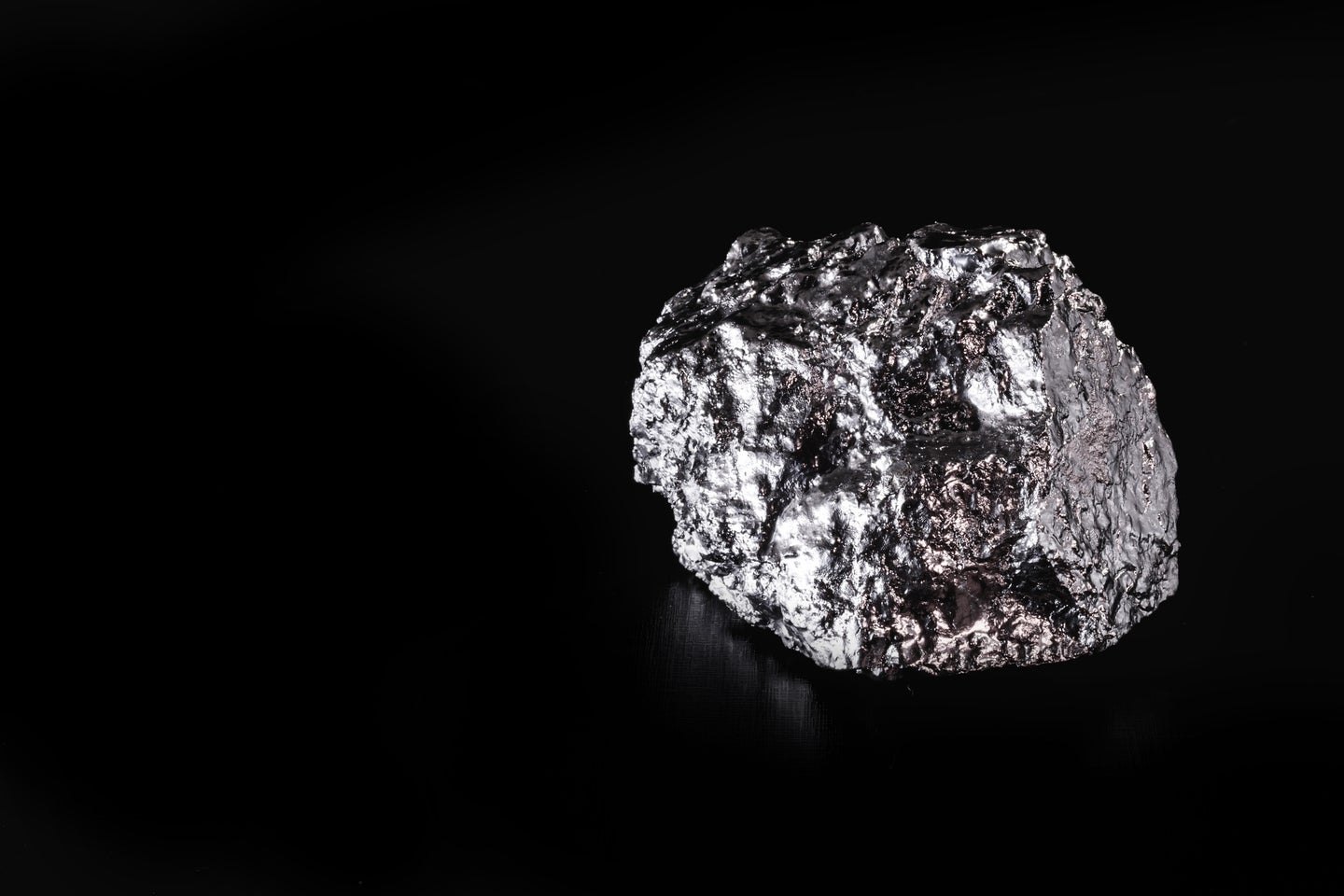 Platinum might look stolid on the surface, but on the atomic level, it's got as much as a marching band. Deposit Photos
SHARE

The Earth’s crust is cracked into seven major tectonic plates, constantly sliding and grinding into each other. You can’t see it happen, but you can see the results: the mountains and the volcanoes that erupt when plates collide, for instance, or the valleys and seas left behind when plates break apart.

But the crust isn’t alone in behaving like that. Many metals—including steel, copper, and aluminum, which are critical to making the modern world tick—are made of little crystal bits. If you take a sheet of one of those metals and pull on it or squish it down, those little bits  move against each other, just like tectonic plates. Their boundaries can shift.

After years of trying to see those shifting boundaries for themselves, materials scientists have now shown that they can zoom into the atomic scale to watch it happen. In a study published in the journal Science on March 17, they explain how this could unlock the ability for other researchers to tinker with crystal grains and sculpt metals into better building-blocks for manufacturing.

It might seem odd to describe metals as crystals, but many are, just like gemstones and ice. What defines a crystal is that their atoms are arranged in regular geometric patterns—hexagons, for instance, or cubes repeating through space. Solid glass, on the other hand, isn’t a crystal, because its atoms don’t have a defined structure and sit wherever they please.

You might think of these patterns as street grids in cities. But if an urban center is large enough, chances are that it won’t share a single grid. A megacity like New York, Tokyo, or Jakarta might be fashioned from many smaller cities, suburbs, or quarters, each one with a grid laid out at its own angle.

The patterns in metals are called “polycrystals,” and their mini-crystal components are deemed “crystal grains.” Crystal grains might share the same pattern, but not connect cleanly to their neighbors. Sometimes one grain’s atoms don’t line up with another grain’s, or are arranged at a different angle.

What’s more, the grains are not static or fixed; they slide past one another, or twist and dance. In the parlance of materials scientists, all this is called grain boundary motion. It can change how the whole material behaves when it’s under pressure. Depending on how the grains are arranged, the material could also become hardier—or more fragile.

[Related: Time crystals just got a little easier to make]

Researchers have been trying to study grain boundary motion for decades. The problem was that, to do that, they had to zoom in enough to examine the individual atoms in a piece of material.

In recent years, they’d come closer than ever before, thanks to transmission electron microscopes, which scan a slice of material by blasting it with electrons and watching the shapes that pass through on the far side.

That works when grain boundaries are simple, like two-flat-surfaced cubes twisting away from each other. But most boundaries are far more complicated: They might be jagged, or they might slice through a piece of metal at strange angles. “It is very challenging to observe, track, and understand atomic movements at these,” says Ting Zhu, a materials engineer at the Georgia Institute of Technology and one of the Science paper’s authors.

Zhu and his colleagues studied platinum, which despite being rare, is frequently used in wind turbine blades, computer hard disks, and car catalytic converters. They took cross-sections of platinum just a few billionths of a meter thick, and ran them through an electron microscope. They also used an automatic atom-tracker—a kind of software—to examine the images coming out of the microscope and label the atoms. With that, the researchers could track how those individual atoms moved over time.

When they analyzed the platinum, they found something they hadn’t expected. Sometimes, as crystal grains moved and their boundaries shifted, the atoms at the edge would jump from one grain to another. The boundaries would bend and change to accomodate more atoms.

Zhu compares the atoms’ motion to that of marching band members. “When one line of band members moves to pass a neighboring line in parallel, the two lines of band members are merged into one line,” he explains.

[Related: Inside the high-powered process that could recycle rare earth metals]

Platinum might seem like a shining anomaly in this field, but Zhu says their work could translate to other metals, too. Tinkering with the grains in steel, copper, and aluminum can make those metals more durable and flexible at the same time.

Zhu says he’d expect to find grain boundary motion like this in most metals, including alloys that include atoms of multiple elements. To confirm, materials scientists would have to zoom in on each one’s atoms, studying what makes the acrobatics of aluminum different from the dance inside copper.