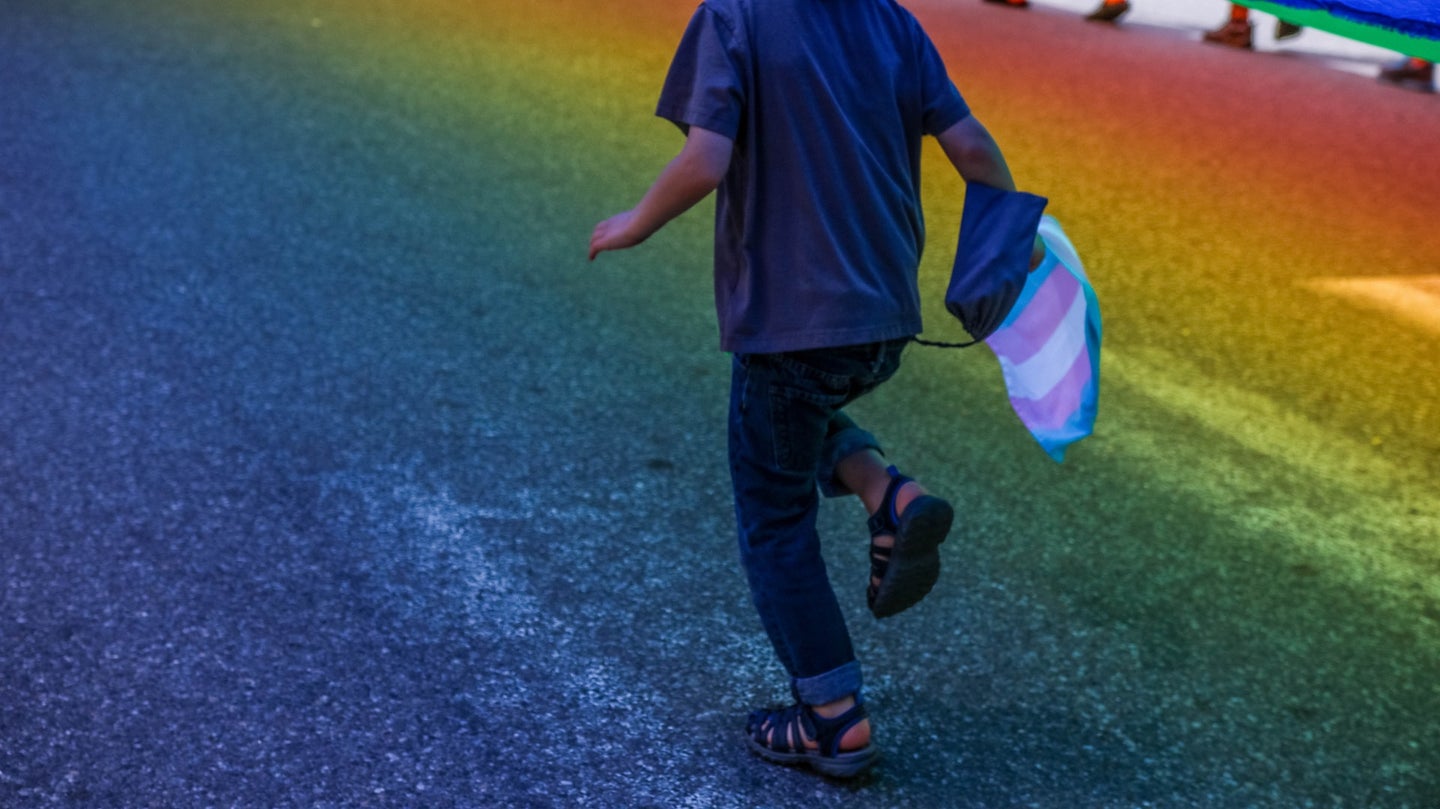 When transgender children go through social transitions to reflect their gender—by way of changing their names and pronouns, or altering their hair and clothing—they tend to continue identifying with that gender five years later.

In a new, first-of-a-kind study, researchers surveyed and followed 317 transgender kids across the United States and Canada who underwent social transitions. The children were 3 to 12 when the study started, and they began identifying as trans, on average, at around age 6. The research team found that 94 percent of participants stood firm in their trans identity five years later. Many had begun taking hormonal medication to prompt biological changes and affirm their gender identities.

By the end of the study, 2.5 percent of the youth identified as cisgender and 3.5 percent as nonbinary. The bottom line: Trans children who change their mind and “detransition” are a stark minority. The findings were published in Pediatrics.

The results were published at a time when politicians around the US seek to ban gender-affirming care and prevent people from even discussing gender identity with children. Arkansas, Tennessee, and Alabama have passed laws restricting or banning gender-affirming health care for transgender minors. Last month, Alabama became the first state to make it a felony for doctors to provide such care.

[Related: Exploring the common misconceptions regarding trans and non-binary identities]

But this new study provides a novel data set that shows how most children who transition maintain their identities. The researchers plan to continue following their participants for 20 years post-social transition.

“There’s this sort of idea that the kids are going to be starting those things and that they’re going to change their minds,” Kristina Olson, a psychologist at Princeton University and lead author of the study, told The New York Times. “And at least in our sample, we’re not finding that.”

Just eight kids, a small fraction of the 317 children in the study, “detransitioned” to their assigned gender at birth. Those participants tended to be kids who began their social transitions before age six—their “detransition” usually occurred before the age of 10. Just one of the eight kids “detransitioned” after they started on puberty-blocking drugs.

One thing to consider is that this study began almost a decade ago, in 2013, and the way we frame transitioning and “detransitioning” has been evolving. When the researchers started the study, no one they interviewed identified as nonbinary or used they/them pronouns, Olson told NBC News.

The findings may not be generalizable to all trans children broadly, either. Two-thirds of the study participants came from white families with higher incomes and more education than the general population. All families also supported their kids’ transitions. It’s unknown whether trans kids from less advantaged backgrounds or people who begin identifying as transgender when they’re older, such as teenagers, show the same patterns.

“I think depending on your perspective, people will probably interpret this data differently,” Amy Tishelman, a clinical psychologist at Boston College and lead author of the World Professional Association of Transgender Health’s standards of care chapter on children, told The New York Times. “Some people may say that kids get on this trajectory of development and they can’t get off…Other people will say kids know their gender and then they’re supported in their gender, they’re happy.”

Support and encouragement during social transitions is critical for trans children. When families affirmed their children’s gender identities, those kids had average levels of anxiety and depression, past research has found. Unsupported children often have poorer mental health outcomes. “It’s just really important that kids can continue to feel like it’s okay to be fluid, to continue to explore,” Tishelman added.