What the heck is a time crystal, and why are physicists obsessed with them?

Some of today’s quantum physicists are tinkering with an esoteric phase of matter that seems to disobey some of our laws of physics. 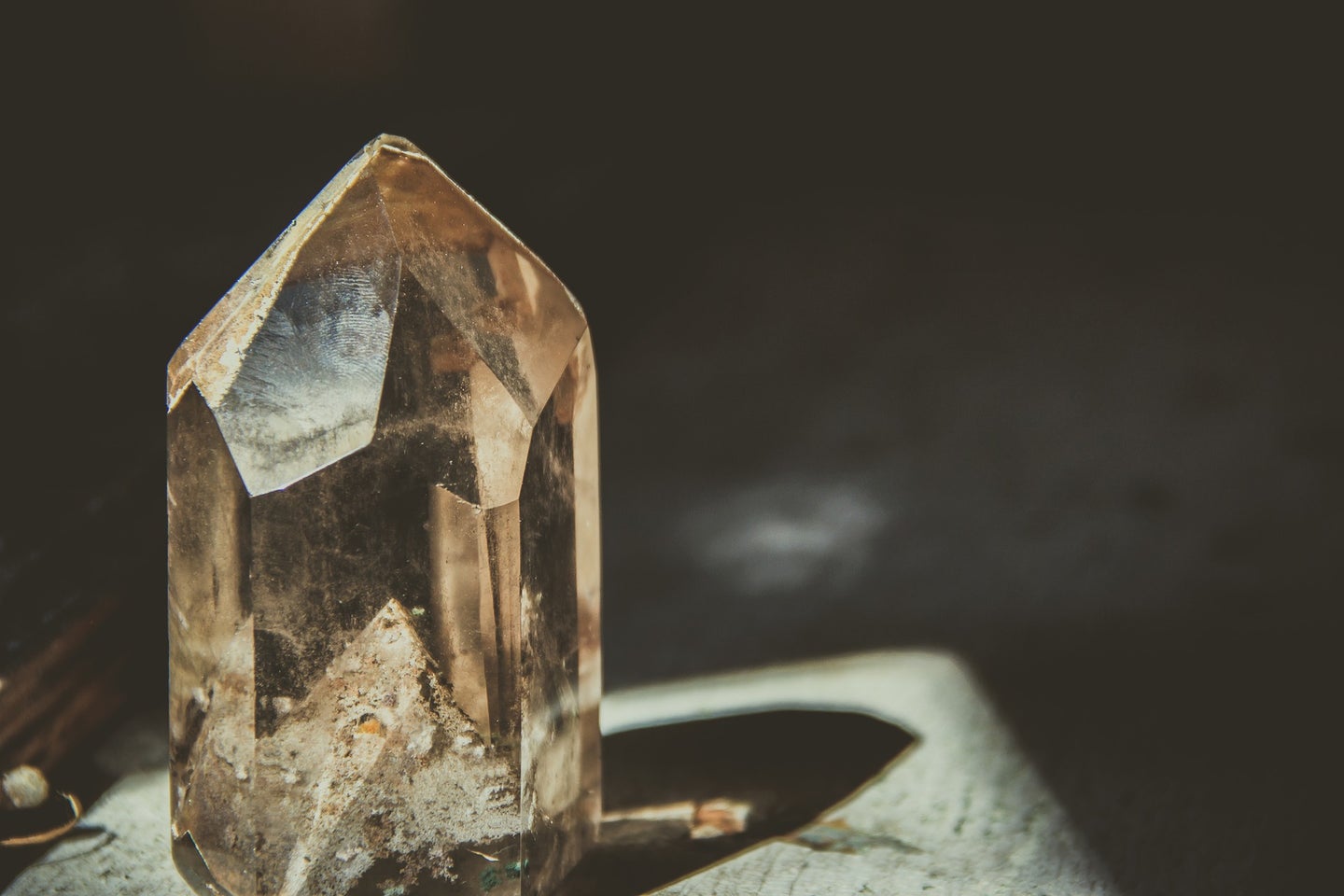 In the last few years, physicists around the world have been constructing another state of matter: a “time crystal.”. Pixabay
SHARE

But those three different sorts of matter that each look and act differently aren’t the whole of the universe—far from it. Scientists have discovered (or created) dozens of more exotic states of matter, often bearing mystical and fanciful names: superfluids, Bose-Einstein condensates, and neutron-degenerate matter, to name a few.

In the last few years, physicists around the world have been constructing another state of matter: a “time crystal.” If that seems like B-movie technobabble, it’s technobabble no longer. Using a quantum computer, a few researchers have created a time crystal that, they think, firmly establishes time crystals in the world of physics.

The researchers haven’t yet formally published their research, but last month, they posted a preprint (a scientific paper that has yet-to-be peer-edited) on the website ArXiV.

So what exactly is a time crystal? It might sound like the critical component that makes a time machine tick, some sort of futuristic power source, or perhaps an artifact of a lost alien civilization. But, to scientists, a time crystal is actually something more subtle: a curiosity of the laws of physics.

In practice, that works something like this. You create a crystal whose atoms start in one state. If you blast that crystal with a finely tuned laser, those atoms might flip into another state—and then flip back—and then flip again—and so forth, all without actually absorbing any energy from the laser.

If you step back, what you’ve just created is a state of matter that’s perpetually in motion, indefinitely, without taking in any energy.

That’s no small feat. It beats against one of classical physics’ most sacred tenets: the second law of thermodynamics. That law states that the amount of entropy, or disorder, always tends to increase. Think of it like a vase, teetering at the edge of a table. The universe wants to push that vase over and make it shatter across the floor. To piece it back together, you have to put in the energy.

Time crystals are actually a rather new idea, having first been theorized by Nobel-winning physicist Franck Wilczek in 2012. Not all physicists accepted that theory at the time, with some claiming that the second law of thermodynamics would rear its legalistic head.

Naturally, determined researchers found loopholes. In 2016, physicists at the University of Maryland managed to bodge together a crude time crystal from a collection of ytterbium atoms. Other groups have created time crystals inside diamonds.

But these latest time-crystal-tinkerers did something different. They turned to Google and used a quantum computer: a device that takes advantage of the quirks of quantum mechanics, the seemingly mystical sort of physics that guides the universe at the tiniest scales. Instead of using bits of silicon like everyday, “classical” computers, quantum computers operate directly with atoms or particles. That allows physicists to do experiments which can be agonizingly difficult with traditional computers, since quantum physics—which allows particles to be multiple things at one and for particles to interact at seemingly impossible distances—gets quite esoteric.

“The ability to simulate the rules…becomes so much harder” with traditional computers, says Gabriel Perdue, a quantum computer researcher at Fermilab, a national lab in suburban Chicago that focuses on high-end particle physics.

But, by arranging particles in a quantum computer’s processor, it’s possible to literally study systems of tiny particles as if they are building blocks. That’s a powerful ability, and it’s not something you’ll see much in the non-quantum world.

“We don’t compute, you know, how far a baseball goes…by building miniature baseball players and doing simulations,” says Perdue. But doing something quite similar on a very small scale, he says, is what the researchers used Google’s quantum computer to do to make their time crystal.

In this case, physicists could take atoms, rearrange them, then pulse them with a laser to drive a time crystal. That setup has allowed researchers to create a time crystal that’s bigger than any time crystal before it. While many previous time crystals were short-lasting and unravelled within a few back-and-forth flip cycles, the scientists behind this latest time crystal effort are marvelling at the stability of what they’ve created.

“The thing that is most exciting here, for me,” says Perdue, “it’s a demonstration of using a quantum computer to really simulate a quantum physics system and study it in a way that is really novel and exciting.”

So, could these time crystals indeed lead to a new wave of nascent time machines?

Probably not. But they might help make quantum computers become more robust. Engineers have struggled for years to create something that could serve as memory in quantum computers; some equivalent to the silicon that underpins traditional computers. Time crystals, physicists think, could serve that purpose.

And this experiment, Perdue says, is also a demonstration of the power of quantum computers to do science. “The same platform that makes it easy for you to simulate some cool algorithm,” he says, “works just as well, and I would argue even better, for simulating these kinds of systems.”