People in China have been harvesting rice for more than 10,000 years

Scientists analyzed stone tools to find out more about the early days of rice gathering. 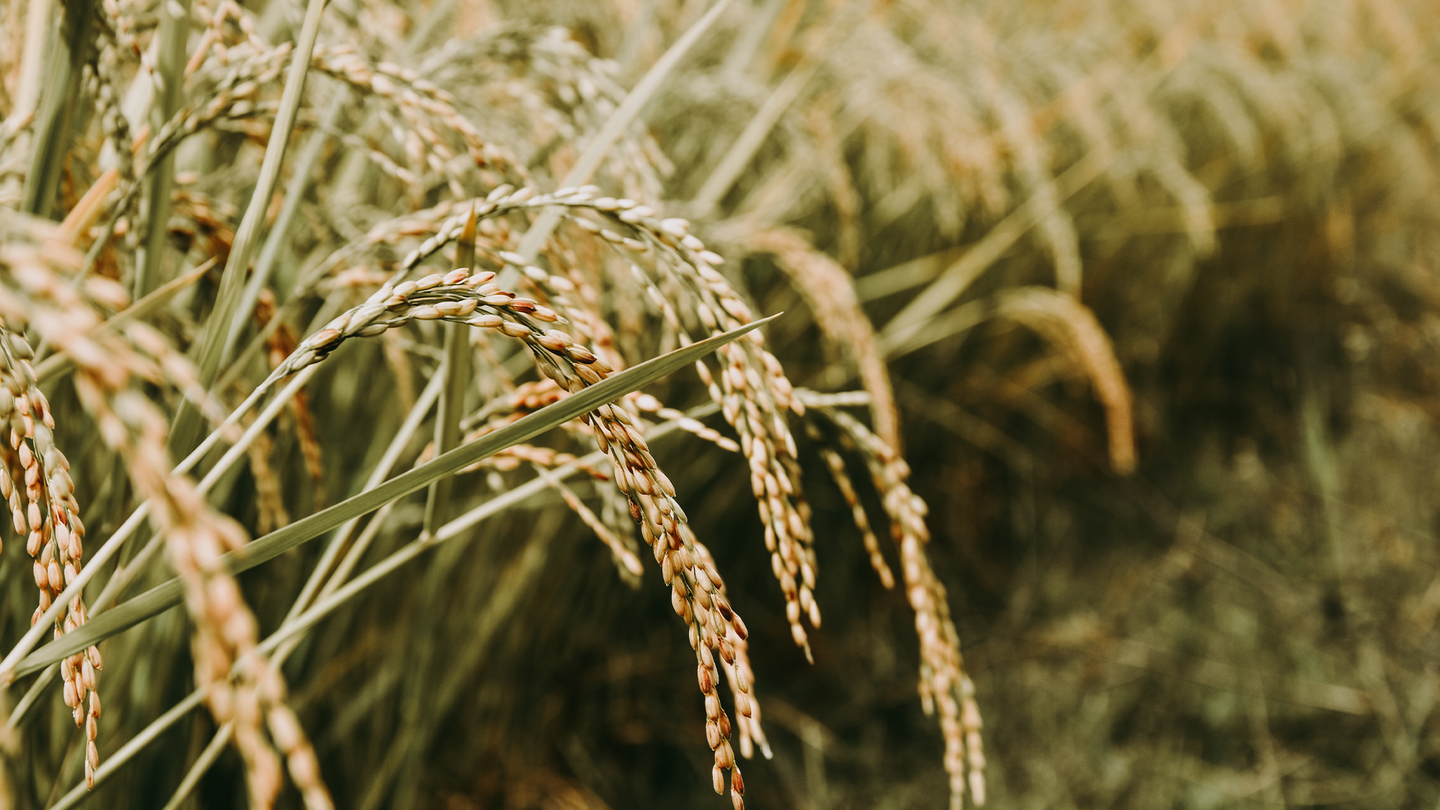 It’s a starchy staple that goes well with all types of meat, vegetables, and can even be made into some tasty desserts. Rice is caloric, typically low-cost to produce, a great source of fiber and vitamins in its whole grain form, and there are more than 40,000 varieties of it around the world.

Rice is a staple crop for multiple countries and regions and some new research is shedding light onto just how long humanity’s love of the grain goes back. A study published yesterday in the journal PLOS ONE details the analysis of stone tools from southern China, that provide the earliest evidence of rice harvesting. The tools show that harvesting the grain could have begun as early as 10,000 years ago.

[Related: We have a lot to learn from Indigenous people’s oyster-shucking practices.]

In the study, the team identified two distinct methods of harvesting rice, which helped start centuries of rice domestication. Wild rice naturally sheds its ripe seeds, which shatter on the ground when they mature. Cultivated rice stay on the plants when they mature.

Some sort of tool would have been needed to harvest rice, and the tool usage meant that early rice cultivators were selecting the seeds that primarily stay on the plants. Over time, the proportion of seeds that remain on the plants increased, resulting in domestication.

“For quite a long time, one of the puzzles has been that harvesting tools have not been found in southern China from the early Neolithic period or New Stone Age (10,000 – 7,000 BCE) — the time period when we know rice began to be domesticated,” said lead author Jiajing Wang, an assistant professor of anthropology at Dartmouth, in a statement. “However, when archaeologists were working at several early Neolithic sites in the Lower Yangtze River Valley, they found a lot of small pieces of stone, which had sharp edges that could have been used for harvesting plants.”

The team’s early hypothesis was that some of those small stone pieces were tools that harvested rice, which the results confirm.

In China’s Lower Yangtze River Valley, the two earliest Neolithic culture groups were the Shangshan and Kuahuqiao. In the study, the team examined 53 flaked stone tools from Shangshan and Hehuashan sites.

The stone flakes have sharp edges, but are generally rough in appearance and are not finely made. The flaked tools are also mostly small enough to be held by one hand, at about 1.7 inches long and wide.

The team conduced use-wear and phytolith residue analysis, as a way to determine if the stone flakes were used to harvest rice.

In use-wear analysis, micro-scratches on the surfaces of the tools were examined under a microscope. It showed that 30 of the flakes have use-wear patterns that are similar to those produced by harvesting silica-rich plants, likely including rice. Also, rounded edges and tiny grooves are more characteristic of tools that are used for cutting plants than the tools that were used to cut animal tissue or scrape wood.

[Related: Ancient humans might have bred one of the scariest birds on the planet.]

The team also analyzed the microscopic residue that was left on the stone flakes called phytoliths. Phytoliths are the silica skeleton of plants, and 28 of the tools had these ancient plant remains on them.

“What’s interesting about rice phytoliths is that rice husk and leaves produce different kinds of phytolith, which enabled us to determine how the rice was harvested,” said Wang.

Through both of these tests, the team found evidence that two types of rice harvesting methods were used: the finger-knife and sickle harvesting techniques. Both methods are still used to harvest rice in Asia today.

In the finger-knife method, the panicles located at the top of the rice plant are reaped. The stone flakes from the early phase (10,000 – 8,200 BCE) showed that this method was the primary way to harvest the rice. The tools used here had grooves that were mainly perpendicular or diagonal to the edge of the stone flake. The team said this is evidence of a cutting or scraping motion and the flakes had phytoliths from seeds or rice husks, which indicates that the rice was harvested from the top of the rice plant.

“A rice plant contains numerous panicles that mature at different times, so the finger-knife harvesting technique is especially useful when rice domestication was in the early stage,” said Wang.

Sickle harvesting uses the lower part of the plant. The stone flakes from the later phase (8,000 – 7,000 BCE) had more evidence of this method. The tools from this era had grooves that were predominantly parallel to the tool’s edge, which means that slicing motion had likely been used.

“Sickle harvesting was more widely used when rice became more domesticated, and more ripe seeds stayed on the plant,” said Wang. “Since you are harvesting the entire plant at the same time, the rice leaves and stems could also be used for fuel, building materials, and other purposes, making this a much more effective harvesting method. Both harvesting methods would have reduced seed shattering. That’s why we think rice domestication was driven by human unconscious selection.”

Additional research on these tools is needed to further evaluate plant harvesting techniques, how blades were attached to tools, and the intensity of rice cultivation during later stages of agricultural transition after 7,000 BCE.