Researchers suspect that babies could be to blame. 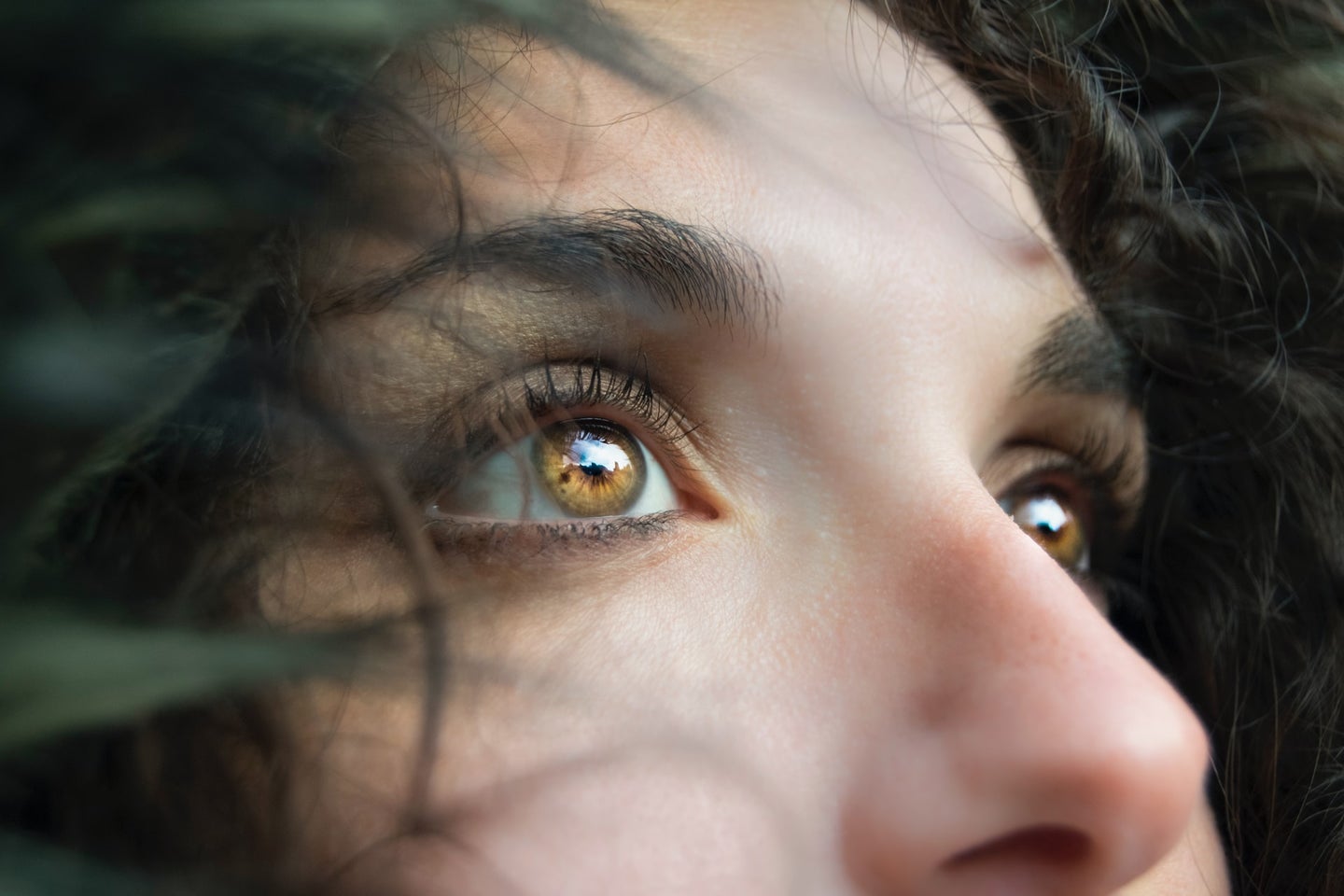 An odorless chemical emitted by humans and other mammals might trigger more combative behavior in women and lessen aggression in men, according to a study published last week in Science Advances.

Scientists observed how people reacted to frustrating computer games in the presence and absence of the molecule, known as hexadecanal. Female players took more retaliatory action against their opponents while sniffing the chemical, while men showed the reverse pattern. The team also noted differences between how brain activity changed in men and women during exposure.

The experiments indicate that chemical signals we aren’t consciously aware of may influence our behavior in certain contexts. However, the findings come with several caveats—and more evidence is needed to verify the extent to which hexadecanal actually influences us.

“This definitely needs to be replicated before it can be really fully accepted and generalized,” says Ashok Panigrahy, a professor of radiology, developmental biology, bioengineering, and bioinformatics at the University of Pittsburgh, who was not involved in the research. However, he says, “this study highlights the importance of smell, and how it relates to behavior.”

For most mammals, aggressive behavior is very sensitive to the effects of chemical signals. But little is known about how these processes work in humans, says Eva Mishor, a neuroscientist at the Weizmann Institute of Science in Rehovot, Israel and coauthor of the new findings.

Previously, scientists have reported that hexadecanal reduces stress in mice, while other research has shown that humans release the compound in our feces, skin, and breath, and that it might affect our startle response.

To investigate whether hexadecanal might play a role in human aggression, Mishor and her colleagues ran several experiments in which volunteers played computer games with a mysterious partner. Unbeknownst to the players, this “partner” was actually a computer algorithm designed to provoke them.

In the first experiment, 67 men and 60 women were treated unfairly in a game that involved divvying up a small sum of money. The participants later had the opportunity to blast their uncooperative partner with a loud burst of noise, the volume of which they controlled. During the games, each participant wore a sticky pad pasted to their upper lip, half of which contained hexadecanal.

“We saw there was a small yet highly consistent difference between the groups,” Mishor says.

[Related: We have now seen our sense of smell in action]

The researchers then explored whether the same individual might behave differently while sniffing hexadecanal than in its absence. This time, 25 men and 24 women endured a different aggravating game in which their computer opponent occasionally stole money from them; in turn, the players could also dock money from their partner without gaining it themselves. The researchers tracked how often the participants chose to do this and took fMRI scans of their brains. The team found that on average, women reacted more aggressively when hexadecanal was wafted through the scanner, and men less so.

In both groups, a part of the brain called the left angular gyrus (which is involved in perceiving social cues) became activated during exposure to the chemical. However, a difference between the sexes emerged when the researchers examined how this region “talked” to other parts of the brain.

The findings indicate that these areas “form some kind of a social and emotional-decision making network,” Mishor says. The findings could shed light on different brain mechanisms underlying aggressive behavior in men and women, she adds.

Mishor and her colleagues offer one explanation for the differences in how women and men responded to hexadecanal. “Perhaps the one setting in which it could be highly beneficial to reduce male aggression and increase female aggression is the setting of infant-rearing,” she says.

In other species, Mishor and her team wrote, mother animals often direct their aggression at intruders while fathers and especially other males often behave aggressively toward the infants. Hexadecanal could give babies a tool to increase their odds of survival, they speculate.

As a first step to investigating this idea, the researchers analyzed the chemicals emitted from the heads of 19 babies and detected hexadecanal in all but two, noting that the compound was one of the most abundant molecules they detected.

“Our results imply that sniffing babies may increase aggression in mothers but decrease aggression in fathers,” the researchers concluded in the paper. However, they acknowledge, this explanation “remains to be experimentally verified, and here serves only as an example of possible ecological relevance for our results.”

A story of smell

The research also had several other important limitations. Mishor’s team didn’t measure how much hexadecanal humans actually emit, or how this amount differs between babies and adults. It’s not clear yet under what circumstances adults release hexadecanal or how much of this molecule is inhaled by other people. And although the researchers identified brain activity patterns associated with exposure to hexadecanal, they didn’t show that this activity was actually responsible for making people behave more or less belligerently.

On top of all this, hexadecanal isn’t the only chemical that babies give off. To find out whether hexadecanal does indeed play a role in parental aggression, Mishor says, the team will need to test it along with the rest of the compounds in human baby odor.

The findings support the idea that hexadecanal is a pheromone, or substance that animals use to communicate with other members of their species. “The study moves us towards understanding how this chemical can affect human behavior,” says adds Royce Lee, an associate professor of psychiatry and behavioral neuroscience at the University of Chicago, who wasn’t involved in the research. “I wouldn’t go so far as to say that we know that this will affect parental behavior, or how we behave outside of the laboratory.”

It remains to be confirmed whether the sex difference that Mishor and her team observed would remain in future experiments with larger numbers of volunteers. More generally, claims on sex-based differences brain structure and activity have been shown to be largely unreliable, with recent research suggesting that our brains are individual “mosaics” of “female-typical and male-typical features.” “Nonetheless, Lee says, the results are “certainly very interesting and provocative.”

“One question is, does this give us some clues about what can reduce human aggression?” he says. “I could see one pathway in the future to study this chemical and to see if we can learn something about how to help with human aggressive behavior.”

Mishor, Lee, and Panigrahy all agree that the findings have implications for our understanding of the mysterious connection between the nose and brain.

“Human olfaction is one of the most primordial senses,” Mishor says. “It is wired differently in the brain than other senses, and it many times bypasses consciousness and impacts us without us being aware of the effect.”

The researchers focused on a very specific type of behavior in their experiments, raising the intriguing question of whether the chemical might be relevant for other kinds of social situations, notes Panigrahy, who is currently studying how olfaction influences social behavior in people who have congenital heart disease.

The findings may have particular resonance as the world continues to deal with COVID-19, which can impair people’s sense of smell, he says.

“This is a really important topic from the perspective of what we’re going through now,” Panigrahy says. “Understanding how olfaction relates to social behavior from a bigger context is so relevant to our current era.”