Burnt bread shows that our ancestors were baking 4,000 years before agriculture

Charred flatbread found in a fireplace dates back to 14,400 years ago. 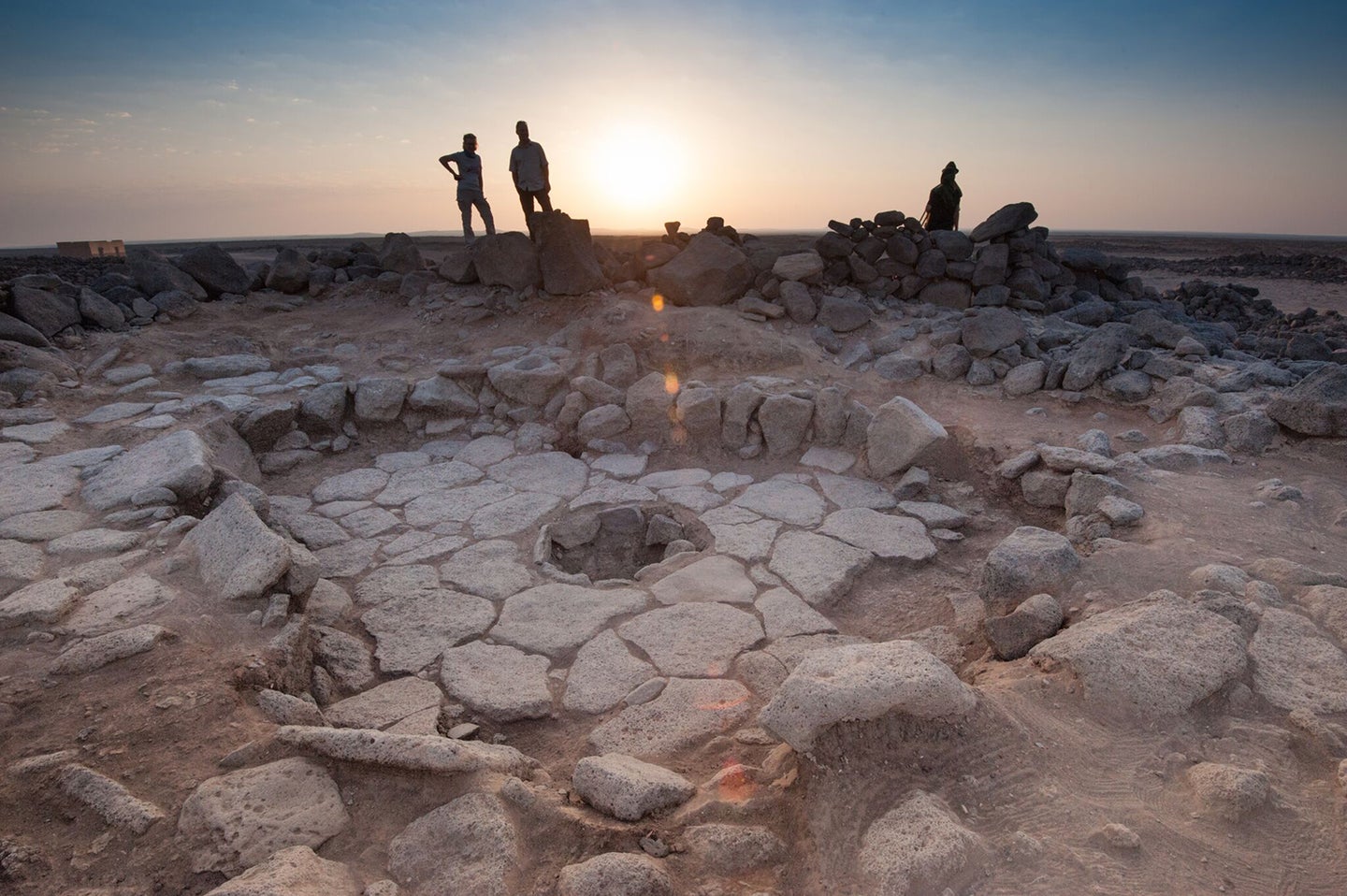 A fire was burning in the circular stone fireplace when someone threw in bits of food—cruciferous vegetables, legumes, gazelle meat, and a flat bread. The leftovers from the meal burned, blackening and charring, but they weren’t entirely consumed by the flames.

The people that prepared, ate, and disposed of the food moved on, and the fireplace with its bounty was covered over with over a foot of dirt. People came and went, more structures were built and abandoned, until one day over 14,000 years later when a new group of people came along to uncover it, and to piece together the story of the lives of those who came before.

Digging at the site, known as Shubayqa I, located in modern-day Jordan, archeologists uncovered the fireplaces and the food within. The meat and some of the plant remains made sense—it was typical (as typical as it could be) of a hunter-gatherer diet). But the bread was a surprise. The people that made it wouldn’t have gathered grains in their fields to make flour for their bread because there was no agriculture at that time. In fact, the bread at Shubayqa 1 pre-dates the earliest evidence of agriculture by about 4,000 years.

Amaia Arranz Otaegui, an archaeobotanist at the Centre for the Study of Early Agricultural Societies at the University of Copenhagen has been working at the site for six years now. She was the lead author of a study detailing the find in the Proceedings of the National Academy of Sciences.

She came across the remains as she was taking soil samples from the fireplace, and initially they were a puzzle. “I was finding remains that I could not categorize. They were not seeds, they were not wood charcoal. We were not sure what these remains were.” Arranz Otaegui says.

She took the blackened remains to a colleague in London, Lara Gonzalez Carratero, who figured out that the strange remains were actually bread.

“The identification of ‘bread’ or other cereal-based products in archaeology is not straightforward. There has been a tendency to simplify classification without really testing it against an identification criteria. We have established a new set of criteria to identify flat bread, dough and porridge like products in the archaeological record. Using Scanning Electron Microscopy we identified the microstructures and particles of each charred food remain,” Gonzalez Carratero said in a statement.

This bread—or ancestor of bread, depending on how you look at it—wouldn’t have been as fluffy or spongy as bread we see today. Think pita, not brioche. And while there were grains in it, the grain flour supplemented flour made from the ground tuber of a nearby aquatic plant.

“We always associate bread with cereals, but bread can be made with many other plants as well. I think it’s very interesting to see how they were mixing ingredients to produce this multi-ingredient bread” Arranz Otaegui says.

There was no oven found at the site, so the researchers think that the bread was likely baked on a hot stone near the fire, or within the ashes of a fireplace.

“Until now we have associated bread with societies that cultivated plants and had domestication. Of course there were some researchers who said that bread would have been produced much earlier, but we didn’t have that evidence. Everything was an assumption or a hypothesis that we couldn’t test,” Arranz Otaegui says.

Other researchers had already found evidence that earlier societies were processing plants, like sickles that could have been used to gather grains and evidence that they were using stone tools to grind plants into flour. In 2010, Anna Revedin and colleagues published a paper that showed evidence of plant-processing going back 30,000 years.

“Our studies in plant food processing in Paleolithic Europe demonstrate a very early use of a variety of plant parts (underground storage organs – such as cattail rhizomes at Bilancino – cereals – wild oats at the Paglicci site – etc) to produce flour, something similar to the flour used at Shubayqa I to produce a kind of bread,” Revedin, director of the Italian Institute of Prehistory and Protohistory, says in an email.

Finding the bread preserved was a rare find, that helped show at least one potential use for that flour in prehistory, even before agriculture became common. “Plant residues are very difficult to find because plant tissues are much more perishable than bones and shells. They can preserve in very special conditions (like in wet environments, or if charred); usually evidence of plant consumption must be searched for instance on the artefacts (like grinding tools) or in dental calculus of fossil skeletons,” Revedin says.

At Shubayqa I, the researchers also found the remains of plants that were the ancestors of some of the earliest domesticated crops, an exciting potential link between this society and later (agricultural) societies. “It fits very well with the evidence we had before,” Arranz Otaegui says.

But it’s not yet possible to draw a straight line between these people’s taste for bread and the bloom of agriculture 4,000 years later. Given the work needed to gather raw materials for this bread in the wild, then process and prepare them, bread and cereal-based products were unlikely to be a main part of the diet in these societies.

“There are people who claim that beer and bread were likely to be luxury products” Arranz Otaegui says, “There could be a link between making attractive food products like bread–it’s very practical, it’s delicious, you can combine it with many things—with the need to produce more cereals, to produce more bread. But it’s a very difficult link to establish, and we don’t have enough evidence yet.”

Arranz Otaegui and her colleagues plan to continue to analyze the more than 600 food remains found at the site to learn more. So far, many of the bits and pieces are made of tubers, not grains. They also plan to analyze nearby sites to see how dietary patterns might have changed over time. Arranz Otaegui and colleagues have gathered tubers similar to the ones that were used in this early bread and are experimenting with recipes and techniques to try to recreate this ancient bread today.