The first US trial to release GMO mosquitoes just ended. Here’s how it went.

The mosquitoes, all male, were designed to produce only male offspring. 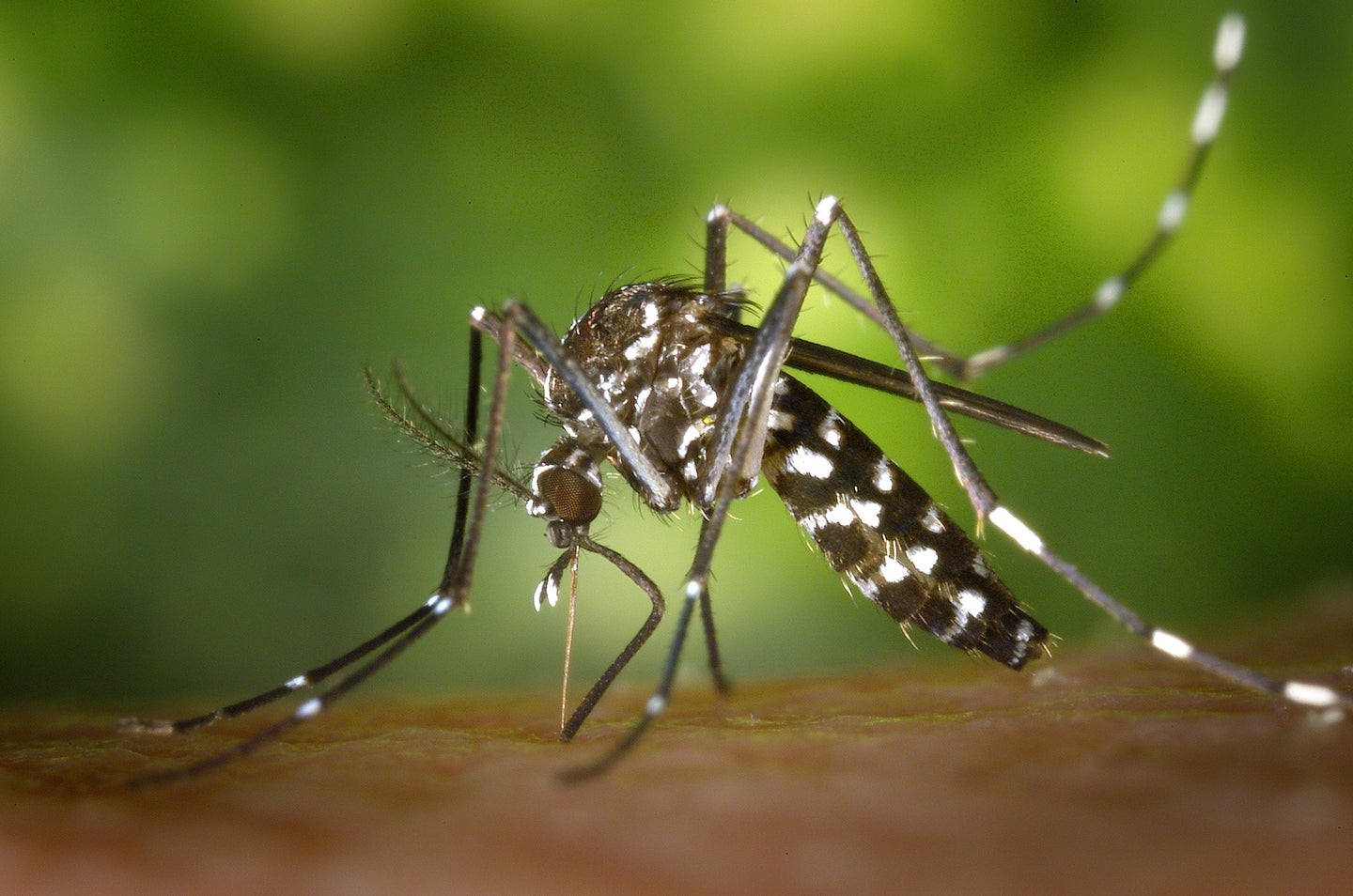 The first open-air study that released genetically modified mosquitoes in the Florida Keys has just concluded. The experiment was designed to show whether these modified bugs could help suppress disease-spreading mosquito populations.

In this first-of-its-kind study, the biotech firm Oxitec placed genetically modified mosquito eggs on private properties in the Florida island chain. These mosquitoes are engineered to be male, non-biting, and only capable of producing male offspring. The eggs were surrounded by capture sites designed to snag adult mosquitoes and traps to collect the eggs of future mosquito generations. Researchers wanted to see whether the Oxitec mosquitoes would successfully mate with local insects—if they did, and only produced male non-biting offspring, that would reduce the number of wild mosquitoes.

The trial was a success, according to a company announcement earlier this month—the data will be further analyzed and published at a later date. Oxitec scientists found that when modified mosquitoes matured to adulthood, their flight and exploration behavior matched the abilities of wild mosquitoes. The insects also successfully mated with native female mosquitoes, which in turn laid eggs in the Oxitec traps. Researchers collected more than 22,000 eggs to watch them hatch in a lab. Oxitec confirmed that all of these eggs hatched males—though the gene that killed female eggs only lasted for about three mosquito generations.

The genetically modified mosquitoes are the species Aedes aegypti. In the wild, A. aegypti are invasive and carry diseases such as Zika, dengue, and yellow fever, among others. While the ultimate goal for these mosquitoes is to quash the spread of disease, the current trials do not have any public health conclusions—the studies were not designed to test for disease transmission to humans. To do that, Oxitec would have to run massive controlled trials that would be difficult and expensive.

“They’re not going to be able to do a trial to show that it actually has a public-health impact,” Thomas Scott, an entomologist at the University of California, Davis, told Nature. “There’s not enough Aedes-transmitted viral infection” in the continental United States to do that kind of study, he added. Plus, disease transmission can happen even with very low population levels of A. aegypti, so reducing the mosquito population with Oxitec mosquitoes won’t guarantee disease suppression anyway, Scott said. “It’s just not that simple.”

These trials in the Florida Keys are not without controversy. Until this study, no genetically engineered mosquitoes had been tested in the open air in the US, and many residents of the Florida Keys had reservations about using their neighborhoods as testing grounds. One group tallied a list of purported wrongdoings by Oxitec in previous experiments, claiming the company failed to monitor disease in the countries where it has released mosquitoes, had not revealed the price of its technology, and it had overstated the success of other trials.

“I cannot trust this company. I cannot trust this technology,” Mara Daly, a resident of Key Largo who says she’s been following Oxitec’s plans for nine years, told Undark in 2021. She and other residents were concerned about how the mosquitoes would affect their local ecosystem. “This is not a traditional pesticide. This is not a chemical that you can trace,” Daly added. “This is something completely different, new emerging technology and we need better regulation.”

Scientists have been working on genetically modifying insects to mitigate disease transmission for more than a decade. Mosquitoes have been the primary target, but researchers have also looked into modifying ticks to curb diseases like Lyme.

Whether Oxitec’s mosquitoes can make a difference for public health remains to be seen, but the Florida Keys Mosquito Control District, a local abatement group, supports Oxitec’s trials. “We’ve dealt with multiple disease outbreaks, so we’ve got to do everything we can to protect our people down here and the economy,” Andrea Leal, executive director of FKMCD, told Nature. That means trying new things, she said. “We’re looking at any tool that could be helpful.”