The flies, created by the same company that has tested genetically modified mosquitos, are designed to crash local populations of the pest. 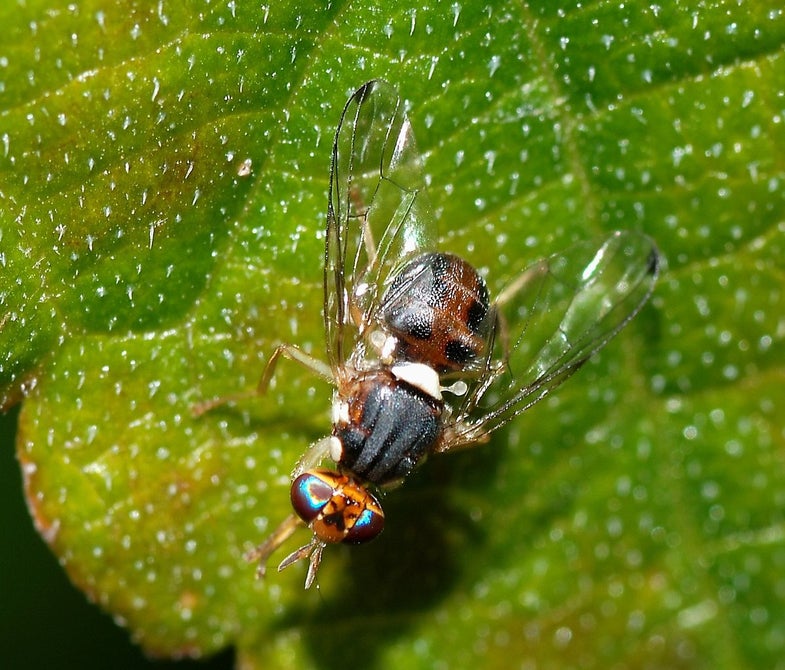 A company involved in creating genetically modified mosquitos has another project nearing outdoor testing. The U.K.-based Oxitec has applied to release genetically modified olive fruit flies under netted olive trees in Spain, the BBC reports. The flies are a major pest to olive crops.

The idea is that the flies, all male, will mate with wild olive fruit flies. Any female flies produced from such a union will die as maggots, while any male offspring will carry the deadly gene, just as their fathers did. Over time, this should bring down local olive fruit fly population dramatically.

In a study done in cages, weekly releases of the Oxitec flies crashed the fly population. The added genes are similar to the ones that appear in Oxitec’s mosquitos, which the company has tested in Brazil, bringing down one town’s dengue-fever-carrying mosquito population by 96 percent. 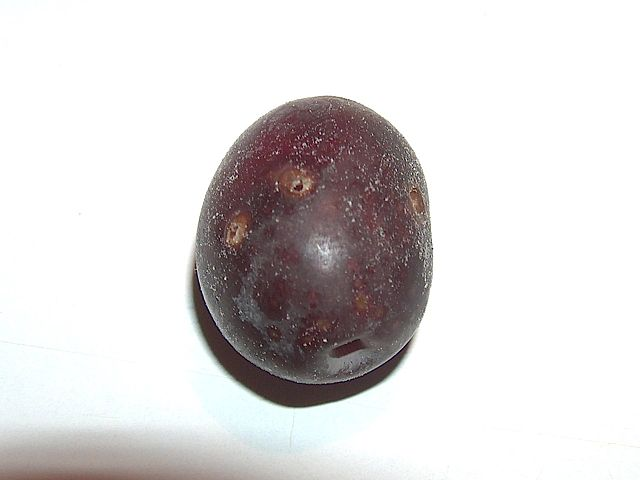 “The new program is less about ‘does this work?’ and more about the first operational roll-out of this technology,” Oxitec co-founder Luke Alphey told the New Scientist in September.

Allowing genetically engineered insects to fly free is controversial. (So far, insects are the only genetically modified animals that companies have released into the wild. U.S. officials are considering allowing a company to sell genetically modified salmon that would be farmed in inland tanks.) The BBC talked with Helen Wallace, a spokeswoman from Genewatch, an opposing group. The modified olive fruit flies may have other, unwanted genetic traits, such as pesticide resistance, that they’ll spread among wild flies, Wallace said. The group is also concerned about GM maggots living for some time in olives before their genes kill them off.

Oxitec officials say genetically modified olive fruit flies would reduce the need for pesticides, which is good for the environment. The deadly genes should only work in flies, unlike pesticides, which affect many insect species, including ones people may be interested in protecting, such as pollinators.