As fire seasons intensify, the chronic stress involved in controlling them is harming the mental health of wildland firefighters. 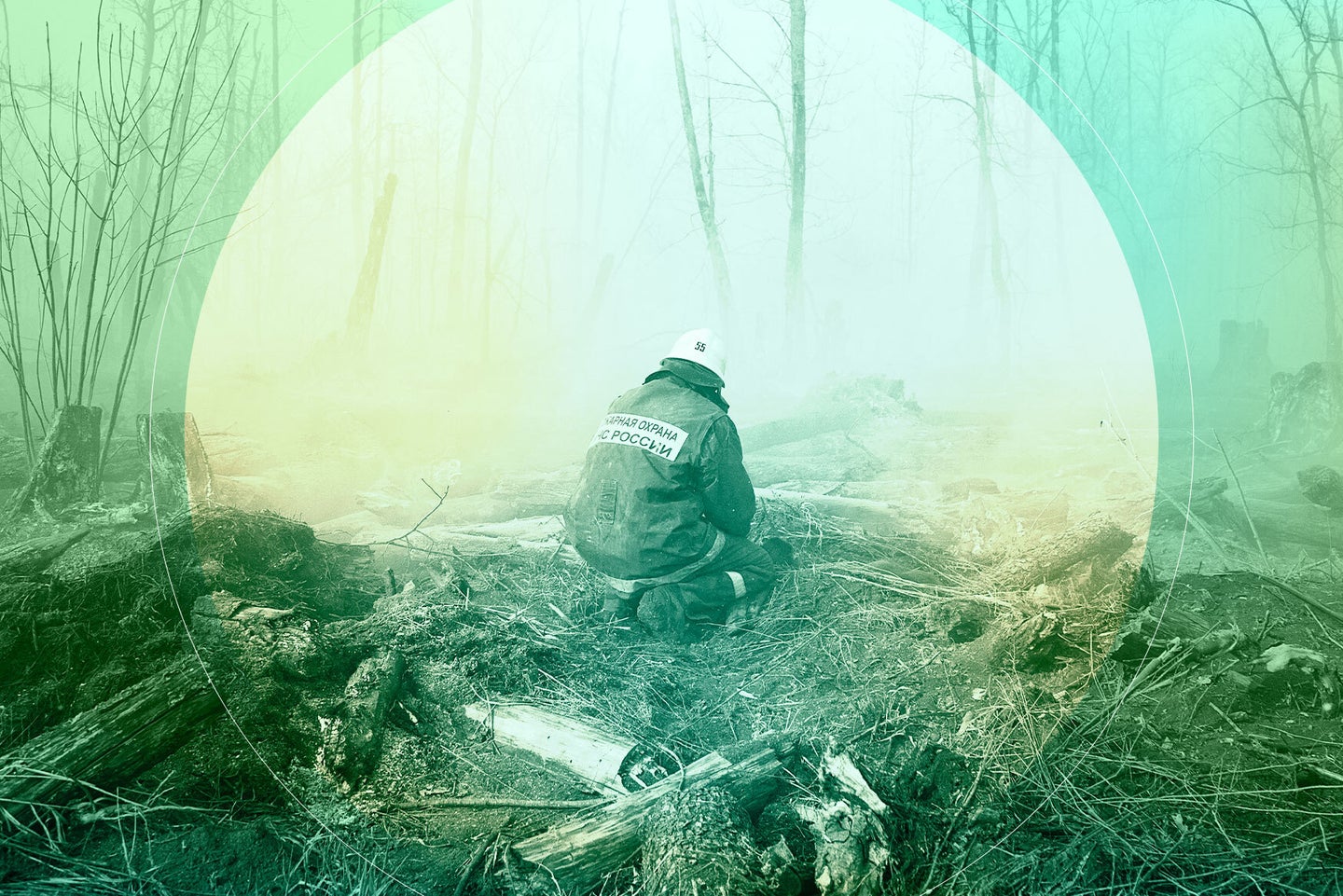 More than half of the 20 largest fires in California history and eight of the top 20 fires in Oregon took place in the past four years. braydov/Deposit Photos
SHARE

When Blair Lewis, a wildland firefighter based in Eugene, Oregon, was deployed to fight a fire in Montana, she never expected to be gone for two months. A normal deployment for a firefighter lasts two weeks. But again and again, she was asked to stay, until eight weeks had passed with just five days off. “None of us expected to ever be out there that long or be away from home or family for that long,” Lewis said.

During that time, she worked twelve-hour days. At one point, encroaching flames forced her and her crew up a hill and into a safety zone where 120-foot flames towered just 400 feet from them. She watched as flames engulfed a home, helpless to do anything about it. For the first time, she was fighting fires at the interface between wildlands and residential areas, events that have increased in recent years due to a number of factors: a growing number of homes built near forests, policies around forest management that emphasize fire suppression, and climate change. When she returned to Eugene in September, she was absolutely depleted.

The months following her deployment were surreal. Lewis wasn’t sure what to do with herself after weeks and weeks of non-stop adrenaline, so she kept herself busy by sleeping, doing laundry, and spending time with her dog. Her social group had also changed: Except for those who also fight fires, none of her friends really understand what she went through, and one friendship fell apart entirely. Overall, Lewis is okay, but she recognizes the toll the season took on her.

More than half of the 20 largest fires in California history and eight of the top 20 fires in Oregon took place in the past four years. The number of “fire-weather days”—when hot, dry, and windy air combine to create the perfect conditions for a wildfire—have increased throughout the west over the past four decades, in some places tripling. More homes and communities are involved, which adds an additional layer of stress for firefighters, some of whom feel responsible or even guilty when they’re unable to stop fire from burning down homes and businesses. During the Carr and Camp fires, firefighters took phone calls from people trapped in their homes as fire encroached. “​​We weren’t seeing whole towns burnt down in the past,” says Patricia O’Brien, a former wildland firefighter and clinical psychologist based in Portland, Oregon. “The stakes are higher today.”

As fire seasons intensify, the chronic stress involved in controlling them is harming the mental health of wildland firefighters. Fire season used to last for four months out of the year. Now it’s year-round. “I can never relax,” a firefighter told researchers for a 2019 qualitative study on the mental health of wildland firefighters. “We go 56 hours without sleep during [the] initial attack which leads to not only fatigue, but paranoia. I used to sleep on the line, but now if you sleep, your crew might die.”

While structural firefighters work year-round, usually receive a salary, and go home at night, wildland firefighters are considered seasonal workers. They’re deployed on contracts, may work with a different crew each season, work for weeks at a time, and then go home when the season ends. Crucially, most are not paid during the off season, says Jeff Dill, a former firefighter and founder of the Firefighter Behavioral Health Alliance, which trains counselors on how to work with first-responders and collects data on firefighter suicides.

The erratic schedule means that wildland firefighters operate at extremes. For weeks to months at a time, they face highly stressful, often life-or-death situations every single day, says Suzanne Connolly, an Arizona-based therapist specializing in post-traumatic stress disorder. For some firefighters, horrifying events—such as the fire tornado that took place during the Carr Fire or the day when Paradise went up in flames—can cause PTSD, says Connolly, who has appeared on panels discussing the mental health of wildland firefighters. She calls this kind of response “trauma with a big T.” But chronic levels of high stress, what Connolly calls “small t” trauma, still can have long-lasting mental and physical effects. Stress activates the body’s fight-or-flight system, flooding the body with adrenaline and cortisol, hormones that help us respond to life-threatening situations by increasing our heart rate and helping the body harvest energy from glucose. Cortisol also decreases activity in systems you don’t need when your life is in danger, such as the reproductive and immune systems.

[Related: Burnout is real. Here’s how to spot it—and recover.]

The fight-or-flight response is helpful in the short term, “but when you’re forced to stay in a situation like in a war or fighting a fire, it’s really hard on your body,” Connolly says. Normally, the parasympathetic nervous system, which acts like a break on the fight-or-flight response, should kick into gear, returning the body to homeostasis. But, some researchers think that when stress lasts long enough, it can send the nervous system into overdrive or tax it to the point of exhaustion.

As fire season changes, that’s an even greater risk for wildland firefighters, Connolly says. “We are now plagued with forest fires that can last months with no break. That’s a long time for anyone’s autonomic nervous system to be in fight-or-flight mode,” Connolly says.

Marilyn Woolley, a therapist based in Redding, California is trained to work with wildland firefighters and receives referrals from the California Department of Forestry and Fire Protection (CalFire). She’s also seen an increase in the number of capital T traumas. “It’s just all the time now,” Woolley said. Many of her current clients are still healing from the effects of trauma, such as PTSD, from the devastating Carr and Camp fires that took place during California’s horrific 2018 fire season. Woolley is seeing more of her clients retire early with disabilities, often due to trauma and chronic stress. She thinks of firefighters, generally speaking, as a group of people passionate about what they do. “They just think it’s the best job,” she says. “And now they’re just like, I can’t take it anymore. It’s just too much. And it’s affecting my family and affecting my health.”

Some wildland firefighters are calling for change. In 2020, an anonymous firefighter penned an open letter to U.S. representatives asking for more support and better working conditions. “We often hear from local citizenry, news stations, a governor or senator that we are ‘Heroes.’ I’ve had innumerable conversations with fellow firefighters how disingenuous this feels,” the firefighter wrote, “Our wages lag far behind standard firefighter wages. We do not receive pay for our increasing workload within an increasingly longer fire season.”

The letter-writer called for psychologists at the headquarters of each national forest, paid leave for mental health, higher pay, and salaried positions for returning firefighters.

“The conversation has started changing,” says Marc Titus, a former firefighter who left the profession ten years ago after developing PTSD, anxiety, and depression that required hospitalization. More data is being collected on mental health and suicide. The National Wildfire Coordinating Group now holds a national suicide prevention week in early September. CalFire recently held an annual safety meeting devoted to mental health alone. But there’s a long way to go, Titus says. The prevailing culture of the wildland firefighting community tends to shy away from discussions of vulnerability.

Still, O’Brien has hope for the community. “There’s just tremendous strength in the relationships firefighters have with one another,” she says, “this is a group of highly skilled, highly talented, resilient people.”