Do binaural beats benefit your brain?

Your mind’s playing tricks on you—and that’s the whole point. 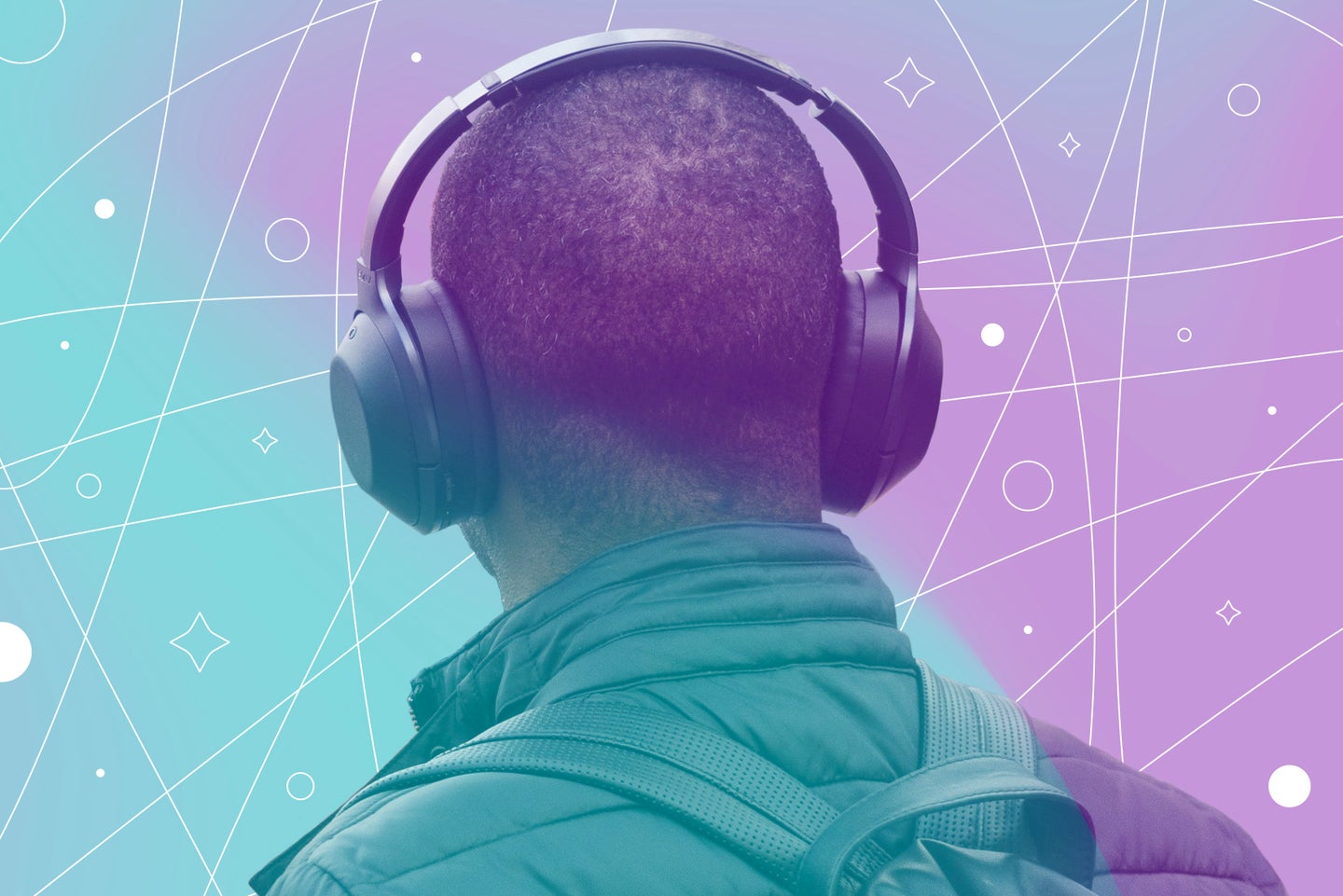 If listening to ethereal, almost otherworldly, sounds for a few minutes every day while you study and work could make your brain more creative and less prone to anxiety, wouldn’t we all do it? One such concept, binaural beats, has been touted by some to be a bit of a magic cure for handling stress. But much like everything else in the wellness world, there’s just not 100 percent consensus on how well they work or if they work at all. And as trendy as they are, the scientific community has known about them since the 1800s.

Binaural beats, simply put, are an illusion. What happens is when you listen to two pure tones separated into each ear, the tiny difference causes a “frequency mismatch” as the sound travels to the auditory part of your brainstem, says Hector Orozco Perez, an author of a recent study on the mysterious beats. This frequency mismatch creates a third tone that waxes and wanes in volume—but the catch is that the sound only exists in your brain. So while you hear a sort of rhythm between the two notes in binaural beats, your head is just creating a filler sound that bridges the difference between the two original sounds. For example, if your right ear is hearing 400 Hertz, and your left ear is hearing 410 Hertz, then your binaural beat comes in around 10 Hertz.

What makes binaural beats interesting is their ability to synchronize, or entrain, your brain’s electrical response to adhere to a certain rhythm. “That’s true, but that’s nothing special.” Orozco Perez says. “In auditory research, we know you can synchronize your brain with any kind of stimulus.”

Our brains have certain electrical wavelengths for communicating thoughts, emotions, and so on. Tightly wound and fast-paced waves are associated with alertness and focus, while slower, more spaced-out waves are associated with relaxation and sleep. So, theoretically, if we could “sync” our brains up with a certain wavelength of noise, maybe we could tap into different neural pathways and nudge our brains to meditate or memorize equations better. But of course, hardly anything in neuroscience is as simple as that.

In Orozco Perez’s study, he and his colleagues found that while binaural beats do in fact condition our brains to sync up to a wavelength, monaural beats, which sound pretty much the same but don’t require headphones to get each ear to hear something different, do a better job anyway. And either way, neither of the beats caused any impact on cognitive performance or mood change.

“If you ask my personal opinion, this is a bit of a fad,” says Joydeep Bhattacharya, a psychology professor at Goldsmiths, University of London. It’s not that binaural beats don’t have any potential for teaching us how our brain works, he says, but we need a whole lot more research before scientifically claiming that they’re the next big solution to increasing focus and decreasing anxiety.

Bhattacharya adds that there need to be more experimental approaches to seeing how entrainment actually works in the brain, like switching up the range of frequencies tested and gauging changes with or without background sound. “We still don’t know, for example, why certain parameters or frequencies are more prone to induce the effect,” he says. And beyond just looking at what happens in the brain, scientists still need to research the neurological connection between alleged behavioral changes and noises. After all, what might be going on in the brain doesn’t necessarily translate to the way we act in a predictable manner.

There’s also the question of how individual people might connect to individual sounds. Not only are there nearly infinite ways to create binaural beats with nature recordings and ambient noise, but the way listeners react to them can vary widely, too. In one study, alpha binaural beats, or ones with a pulsing beat similar to that of “alpha” brain waves that are associated with a calm and relaxed state, helped some subjects do better in a creative task. Others, however, performed worse, especially when their estimated dopamine levels were high.

So just like everything in the wellness industry, take binaural beats with a grain of salt. Thankfully, unlike certain “biohacking” techniques like intermittent fasting or DIY gene editing, there’s no real harm in testing out binaural beats.

To put it plainly, if you dig the illusory beats, then give them a try. But the science just isn’t quite there to say whether a binaural playlist will make your brain do anything special.