Pfizer and BioNTech could request FDA authorization as early as Tuesday. 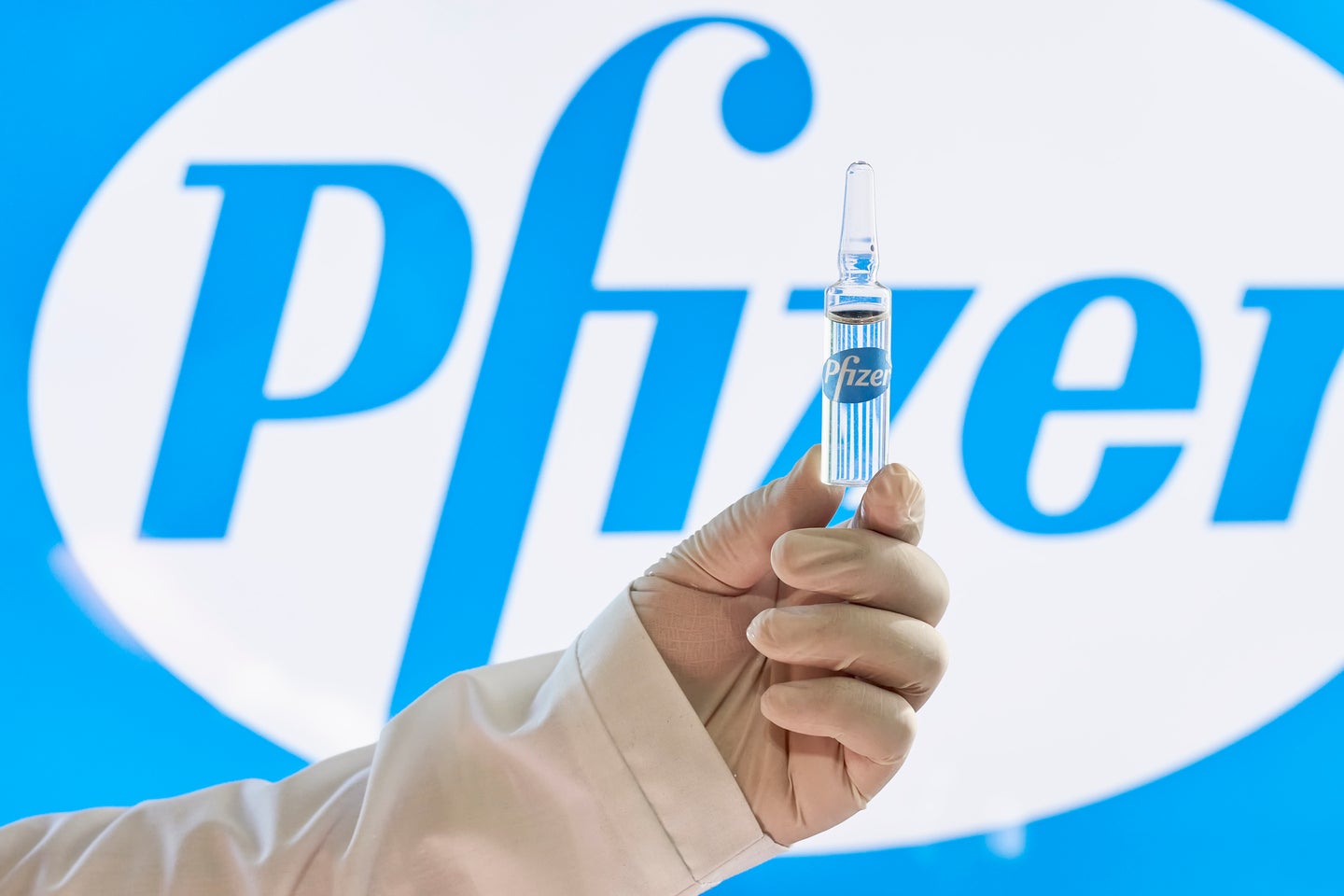 A doctor holds up a dose of the Pfizer COVID-19 vaccine. Golib Tolibov/Deposit Photos
SHARE

Members of the last age group to be authorized for COVID-19 vaccinations may soon get their due, and earlier than anticipated. Pfizer and BioNTech are expected to request emergency use authorization for their mRNA vaccine from the Food and Drug Administration as early as today, which would permit children between 6 months and 5 years of age to be vaccinated in a two-dose regimen.

The companies announced last fall that preliminary analyses of clinical trials of two vaccine doses in young children produced a protective effect in kids younger than 2 years old. But those results also suggested the response in kids 2 to 5 years old was not strong enough. As a result, Pfizer and BioNTech said they would evaluate how giving a third dose to kids aged 2 to 5 would impact their immune response. Now, the companies are seeking emergency use authorization for the two-dose regimen while still researching the effects of that third dose.

If Pfizer and BioNTech waited for the results of the three-dose trials—which will likely end in March— regulatory approval would be unlikely to happen until late spring. The motivation is that, by filing for emergency use authorization now, children would be able to get their initial two doses without delay. Then kids aged 2 to 5 will be ready for a third shot by the time the additional clinical trials are done, if the data support use of that extra dose.

“We know that two doses isn’t enough, and we get that,” an unnamed source familiar with the situation told The Washington Post. “The idea is, let’s go ahead and start the review of two doses. If the data holds up in the submission, you could start kids on their primary baseline months earlier than if you don’t do anything until the third-dose data comes in.”

[Related: How to talk with your kids about the COVID vaccine]

Parents have been anxiously awaiting the go-ahead to vaccinate their small children. A group of parents, advocates, and physicians called Protect Their Future has launched a petition with more than 5,700 signatures urging the FDA to quickly make the shots available to younger children.

The FDA authorized vaccinations for children aged 5 to 11 in the US at the end of October, but uptake has been slow. According to a report by the Kaiser Family Foundation, as of January 18, 2022, fewer than 30 percent of eligible kids aged 5 to 11 have received at least one dose, and only about 20 percent are fully vaccinated.

Following Pfizer-BioNTech’s submission request, the FDA and CDC will convene committees of outside experts before deciding to permit authorization. If all goes smoothly, the Pfizer-BioNTech COVID-19 vaccine could be available for younger children as early as late February or early March.