Centuries-old tools reveal how the Chikasha people fought off conquistadors

Hernando de Soto's expedition ultimately failed, but they left an almost literal trail of breadcrumbs in their wake. 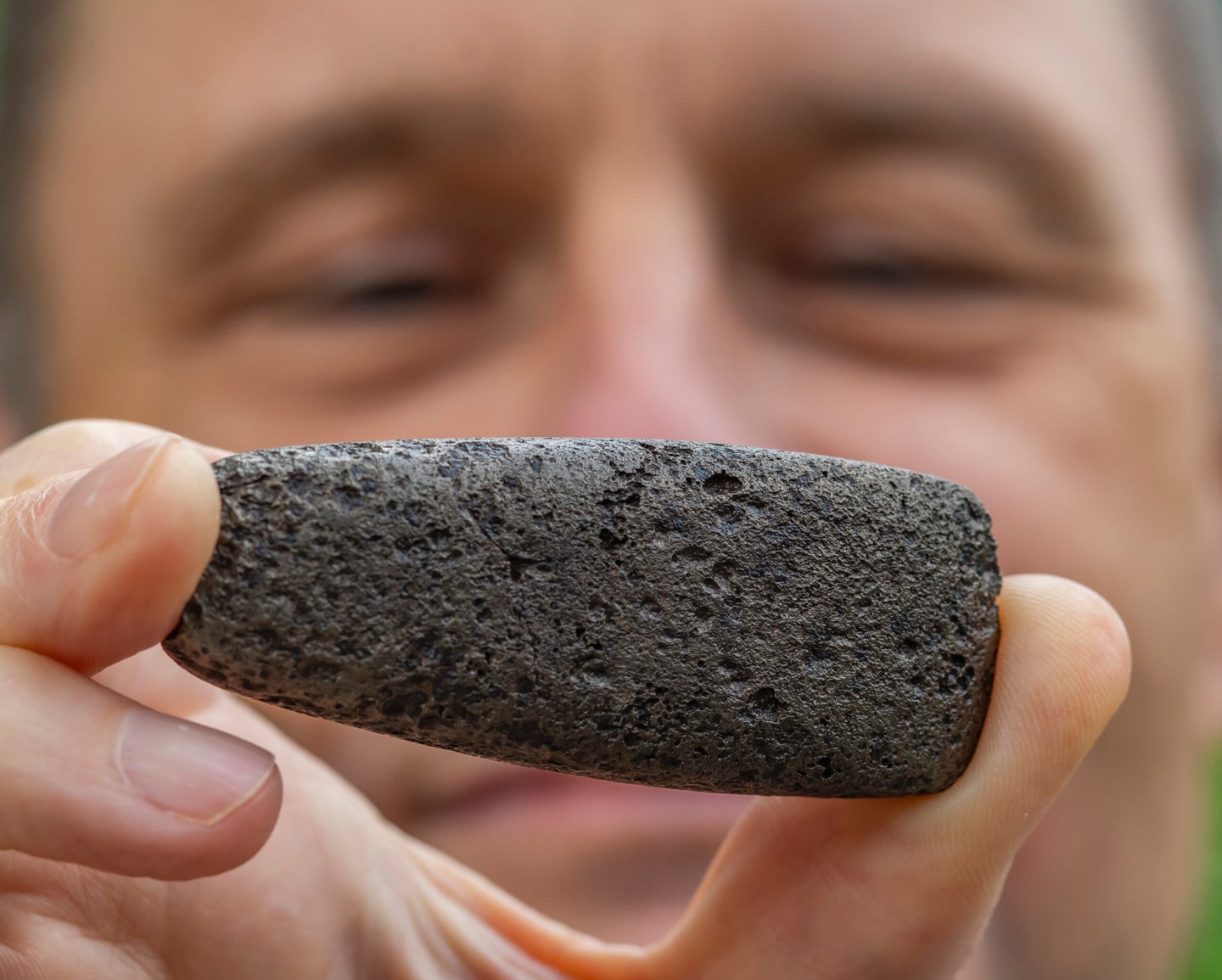 A celt made of metal, fashioned by a Chickasaw craftsperson. Jeff Gage/Florida Museum of Natural History
SHARE

In the mid-16th century, the residents of a regional capital called Chikasha, situated in the prairies and flatwoods of eastern Mississippi, became some of the first inhabitants of the now-United States to encounter European colonists.

In the winter of 1540, a Spanish soldier named Hernando de Soto led a colonial expedition into the region, and a local leader, Chikasha Minka, gave them permission to overwinter in the town. Like most Spanish expeditions, de Soto’s travels left a trail of violence. Although the party was already weakened by a battle in Florida, it soon came into conflict with its hosts, executing two people and maiming another.

According to accounts published by survivors of the expedition, de Soto demanded that the city provide him with hundreds of captives to transport materiel. Instead, in the middle of the night, Chikasha warriors burned the Spanish encampment, killed members of the expedition, slaughtered livestock, and destroyed equipment.

Though most of the Spaniards survived the attack, they retreated west, the expedition in tatters. We know much less about what happened to the Chikasha who fended off the incursion.

Now, a trove of metal tools, discovered in 2015 by a team of archaeologists from the Chickasaw Nation—the descendents of the Chikasha people—and a trio of Southern universities, helps spell out the story of that meeting, and how local people responded to the Spanish expedition.

“I think these are undoubtedly from the [de Soto] expedition,” says Jeffrey Mitchem, who studies early European contact with the Arkansas Geological Survey, but was not involved in the research.

Many of the tools, like horseshoes and a standardized kind of triangular axe, appear to have come from 16th century European forges. But there are also clues that suggest they were left in a hurry rather than intentionally—the archaeologists found cannon balls and musket components, weapons that Spanish groups didn’t readily trade away at other sites.

Other pieces, particularly harness rings for horses, appear to have been hastily crafted in the New World by a supply-strapped force. “The expedition was not simply a military expedition,” Metchem says. “De Soto had a contract with the king of Spain that said he would come over and set up a certain number of towns and forts. There were farmers and blacksmiths.”

After its grueling overland trek and frequent skirmishes, de Soto’s group grew increasingly short on manufactured goods. The Mississippi site tracks that decline, and might even be a turning point. In Florida, Metchem says, the Spanish left a trail of trade goods “like a Mardi Gras parade.” By the time they got to Arkansas, on the far side of the Mississippi River, “we found one glass bead from the expedition. That’s it.”

“I really think by the time they got this far over in the country, they’d run out of that kind of stuff.”

From Chikasha, things only went downhill for the Spanish. De Soto died on the banks of the Mississippi just three years after his arrival in the South. The survivors trekked towards Texas, trying to find an overland route to Mexico City, before turning back and building boats on the Mississippi. Much of what we know of the entrada comes from depositions of the survivors as various funders fought over the outstanding assets and liabilities.

The archaeologists, who published a survey of the findings in the journal American Antiquities, don’t believe that the site is Chikasha itself, since there’s no evidence of a burned settlement or the bones of slaughtered pigs and horses. Instead, they believe it’s an outlying village whose residents gathered Spanish-made objects through trade, and must have scoured the battle site.

Many of the tools recovered at the site were no longer just trade objects or spoils of war. They’d been adapted to fit into Chickasaw technology and society, which, having driven off the Spanish, wouldn’t be in direct contact with European colonists for more than a hundred years.

Two celts, a type of hand-held chopping tool, were fashioned from axes, with the blades snapped off by repeatedly bending the metal back and forth. Smaller celts were fashioned from pieces of swords, horseshoes, and even metal barrel hoops. Copper pendants seem to have been made from kettles and pots.

“What they ended up doing was using technology that they used on stone tools and ground shell tools to work the metal,” Metchem says.

Another pair of celts were formed from the raw iron bars that de Soto’s blacksmiths carried along with the expedition. The tools, shaped like giant incisors, are almost identical to celts that would have traditionally been made from stone—but the iron versions would have been ground into shape by hand, without the help of a forge.

“By all appearances, their manufacture was labor intensive,” the study notes. That’s an understatement: the process would be something like turning a stick of rebar into a sword using only a knife sharpener.

Perhaps the most arresting object is an awl, ground from a long piece of iron wire. That wire, the authors write, was likely made from a chain link, broken open and straightened out. The chain links themselves were carried by the expedition in part to hold Indigenous slaves.

The effort put into the tools speaks to the tremendous value they must have carried to their users. Except for copper in the Southwest and in the Great Lakes, American societies didn’t make tools with metal, making it inherently valuable as a commodity. But, unlike at other sites, where European-made metal tools were much rarer and often placed in funeral mounds, these tools seem to have been in widespread use.

Metchem says it’s not a surprise to see metal tools refashioned: metal is quite obviously a useful material, and people are quick to pick up new technology. As the authors of the paper put it, “the first commercial impulse of the people is not to become just like us, but more like themselves.”