Five new science books you should read this month 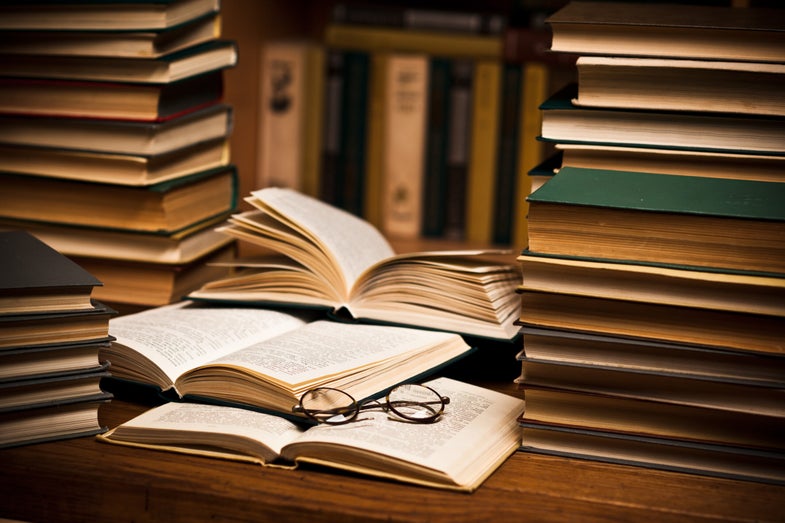 opened book, lying on the bookshelf with a glasses. Irina Tischenko
SHARE

There’s a chill in the air, storms on the horizon, and shoots of green emerging from the still frigid soil. Must be March. As you await the emergence of spring, curl up with a blanket and one of these books and roll on into warmer weather with science on your mind.

Plant something on your coffee table

The Book of Seeds
Edited by: Paul Smith US publication date: March 15, 2018

Where would we be without the seed? These pre-packaged plants give us flowers and weeds, food and poison. Just add water and (usually) soil and watch ’em grow. The Book of Seeds is a celebration of 600 of these little guys from around the world, laid out with quick, readable descriptions of the seed and its parent plant. It contains beautiful close-ups of the seeds themselves that are all to scale from the miniscule strawberry seed to the large and toxic ones that form the Pong Pong Tree.

Already released in the UK in January, this feast for the eyes is now available in the United States. It’s perfect for anyone who loves biology, gardening, or any visually fascinating book.

Medecine doesn’t always treat women well. To this day, many clinical trials exclude the female population, and that’s just one small subset of medical research. This is one of those books where you can get a lot of information about the content from it’s cover—or , at least, its title. In Doing Harm: The Truth About How Bad Medicine and Lazy Science Leave Women Dismissed, Misdiagnosed, and Sick Dusenbery explores how biases and sexism in medicine lead to harmful outcomes for women.

Go on a chilly adventure

To the Edges of the Earth

However high the mountain you are climbing, once you reach that summit, there’s nowhere to go but down. Over 100 years ago, in 1909, the North Pole, South Pole, and the highest mountain peaks in the world all remained unclaimed by adventurers, and a generation of explorers were all reaching for those prizes. In To the Edges of the Earth: 1909, the Race for the Three Poles, and the Climax of the Age of Exploration, historian Edward Larson takes us along on three missions, one to each pinnacle of the world. Each one brought back precious information and photographs from some of the most forbidding locations on the planet.

They only live for a little over a month, if they are lucky. They’re small, ubiquitous, and they are even known to get drunk off of fermenting fruit. Written by a self-described ‘fly person’ and an expert in Drosophila research, Mohr’s First in Fly: Drosophila Research and Biological Discovery takes you into the labs to examine one small organism that makes so much biomedical and genetic research possible. The book is by no means a quick read, but its deep dive into the incredible and outsized role these tiny flies play in scientific research will not disappoint.

If you think particle physics sounds like a completely foreign language, you aren’t alone. Fortunately, if you care to understand it, there’s a new book for you. In Atom Land: A Guided Tour Through the Strange (and Impossibly Small) World of Particle Physics, physicist Jon Butterworth takes readers on a tour of this world that makes up everything around us, but that so few get to explore. Using a fictional map of ‘Atom Land’ as a visual allegory, he guides readers from the well-known harbor of Port Electron to the unknown seas where Dark Matter may lurk.