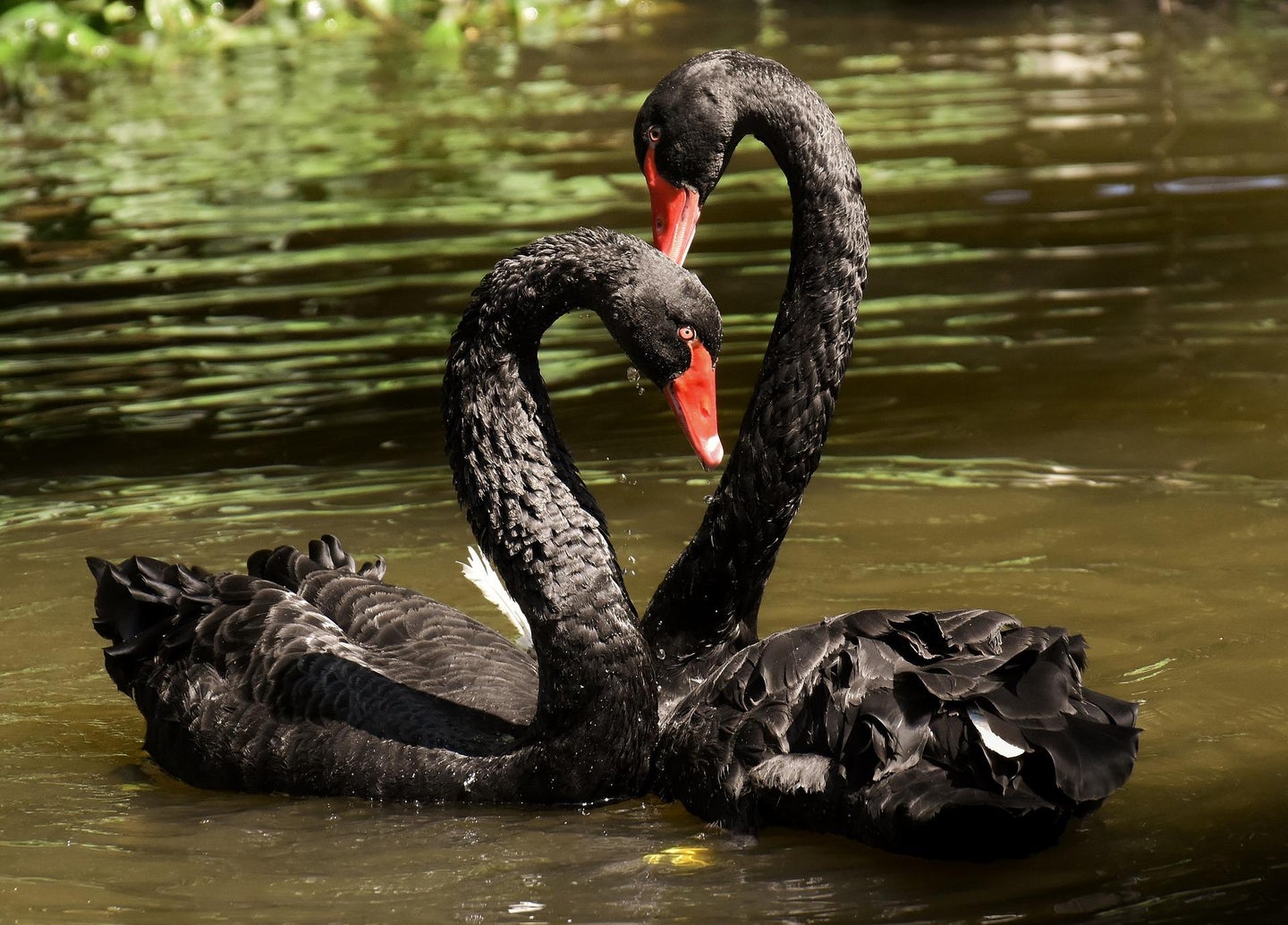 I live in a New Jersey suburb right next to the Garden State Parkway. I flash my E-ZPass way more than I pump my own gas. So to me, and probably the millions of other drivers in the Eastern US who use this electronic toll system, E-ZPass is a daily essential. And while the technology itself isn’t cool enough for a Weirdest Thing yarn, the story behind it is surprisingly juicy.

According to a 2016 episode of NPR’s “All Things Considered,” the origin of E-ZPass and electronic tollbooths goes back to the invention of RFID transponders. The credit goes to two inventors: a Soviet spy and a NASA rocket scientist. In the 1920s, Russian cellist Leon Theremin was experimenting with microwaves and gases when he realized he could create sounds with different volumes and pitches by simply moving two antennas around. (His instrument was mass produced by RCA, and still has a cult following today.) This caught the attention of Vladimir Lenin, who promoted Theremin to be a representative for Soviet science in Europe and the US.

When Theremin returned to the Soviet Union during Joseph Stalin’s reign, he was imprisoned for his overseas forays and forced to work for the state. In his new role, he designed a wireless bug powered by the same electromagnetic waves from his instrument to eavedrop on the US ambassador in Moscow. Legend has it that it was hidden in the embassy’s seal throughout World War I.

Fast forward to the 1960s, when Mario Cardullo, a NASA space flight engineer in New York, began fiddling around with primitive versions of RFID shoplifting tags. Cardullo sampled Theremin’s approach by triggering a small transponder with microwaves, but added a memory chip that could hold a bundle of information and share it with a matching receiver. The prototype measured out to about the size of a Galaxy Z Fold4, which was too big for a window or car window. It took a few decades before Cardullo landed his invention in an actual tollbooth (in Scandinavia). It took off in Europe and Asia, and finally started transforming bridges and highways in the US in the 1990s. Today, Cardullo’s dream of decking out the George Washington Bridge with Soviet-spy technology has been realized.

Fact: A bisexual goose raising a family with two black swans isn’t as strange as it sounds.

Here’s a fact from my recent book “Been There, Done That: A Rousing History of Sex,” which you can buy as an audiobook narrated by yours truly! So, in the early 90s, a black swan flew into New Zealand’s Waimanu lagoon. Locals dubbed her Henrietta after a wing injury kept her from leaving with the rest of her flock and she took up with a white goose named Thomas. For nearly two decades they were generally seen together, with Thomas protecting Henrietta from dogs and other disturbances.

Then another black swan showed up, and things got… complicated. Henrietta started spending more of her time with her new gal pal, and Thomas got aggressive toward the swans. Then the newly arrived black swan laid eggs, and Henrietta started caring for them the way you’d expect a papa swan to care for his young. Plot twist: Henrietta had been a boy the whole time!

Very confusingly, the tour guides who worked at the lagoon where this all went down decided to name the newly-arrived, actually female bird Henrietta, while the artist formerly known as Henrietta got rechristened as Henry.

The good news is that Thomas didn’t hold a grudge for long, and took on a tertiary parental role once the chicks hatched—and continued to care for all of Henry and Henrietta’s 68 babies over the next six years. Thomas became an icon to tourists from around the world, who were just absolutely charmed by his devotion to the little black swans. He even helped teach them to fly.

Here’s the coolest part: For Henry and Henrietta, these family arrangements wouldn’t have seemed unusual at all. Research on the species shows that male black swans frequently pair up together, both in captivity and in the wild. They sometimes have chicks by briefly associating with a female black swan before kicking her out, but they’ve also been known to simply overtake an existing nest full of eggs to raise as their own. Henry may have spent the better part of the 90s wondering why his beloved Thomas wasn’t off robbing nests to get their family started!

Black swans can also set up long-term throuples, where all three birds—two males and one female—participate in mating displays, and the males take turns between mounting the female and parading around protectively. In this setup, where the female isn’t kicked out as soon as her laying is done, the males actually take over caring for the nest so she can immediately go lay some more.

The New Zealand triad stayed solid until Henry died of old age in 2009, which prompted Henrietta to go looking for more of her kind. Geese and swans can reproduce and create mottled hybrids known as swooses (sweese?), but it seems Thomas just wasn’t Henrietta’s type.

Ironically, a few years before that, when Thomas finally met a female goose he fancied enough to settle down with, another goose stole the chicks for their own. No word on whether that goose was gay, but I’m pretty sure the BBC would have mentioned that, so we have to assume their motives were less heartwarming. Apparently geese sometimes kidnap goslings from less powerful birds around them to “pad” their broods—literally adding extra babies to the outer edge of the nest, so predators will grab the adoptees instead of the better-protected natural young. Nature isn’t always cute! But while we don’t know the fates of Thomas’s biological chicks, I think we can all agree that he got to experience the joys of fatherhood at least 68 times over.

When Thomas died in 2018, he was beloved by tourists from all over the world—and, at the age of 40, extremely old in goose-years. Long may he live in our hearts!

Fact: Louse feeder was a job during WWII, and it was also a part of the resistance against the Nazis.

So, it all starts with typhus. Typhus, specifically epidemic typhus, is an infectious disease caused by a bacterium known as Rickettsia prowazekii. Spread by body lice, it’s understandably a disease that often would rear its head whenever times were tough and lice would flourish. Things like famine, displacement, war—these were generally conditions under which body lice are easily transmitted person to person carrying this little rickettsia and thus spreading typhus.

But just knowing those two things, what causes the disease and how it’s transmitted, simply wasn’t enough to stop the spread of disease. Because even if you have effective treatment for the disease, you won’t be able to get rid of typhus if you can’t clean your clothes in hot water and then not wear them for five days. If you’re on the move during a war or you’re displaced, how are you gonna do that? Prevention was key. And how do you prevent a disease? Vaccines.

Enter: Dr. Rudolf Weigel. Dr. Weigl came up with the brilliant idea to use the lice themselves as the maintenance animal to create a lot of typhus pathogen for vaccine research. But how do you get enough lice to make enough vaccine material? Well, you need a louse colony and a way to feed them. And because lice are so species specific to humans… humans had to supply the food. In the form of blood. Yep, humans were the louse feeders.

With WWII on the horizon and Nazis being terrified of typhus, they used this fear as an excuse to enact horrific policies. Because typhus wasn’t seen as this universal threat that could impact anyone – the Nazis blamed its spread on Jewish people.

Under German occupation, Weigl’s institute grew rapidly, where it served as the only means of survival for many Polish people who faced death, starvation, or deportation. Weigl went out of his way to hire hundreds of people as louse-feeders, often Polish intellectuals or Jewish people, people who were under incredible threat from the Nazi occupation. While feeding the lice, people often sat around and chatted, exchanging ideas about philosophy, mathematics, and even actively working in the resistance against German forces.

To find out more, listen to this week’s episode of Weirdest Thing—and check out This Podcast Will Kill You wherever you get podcasts. Plus, you can find out more information about Dr. Weigl in the book The Fantastic Laboratory of Dr. Weigl by Arthur Allen.