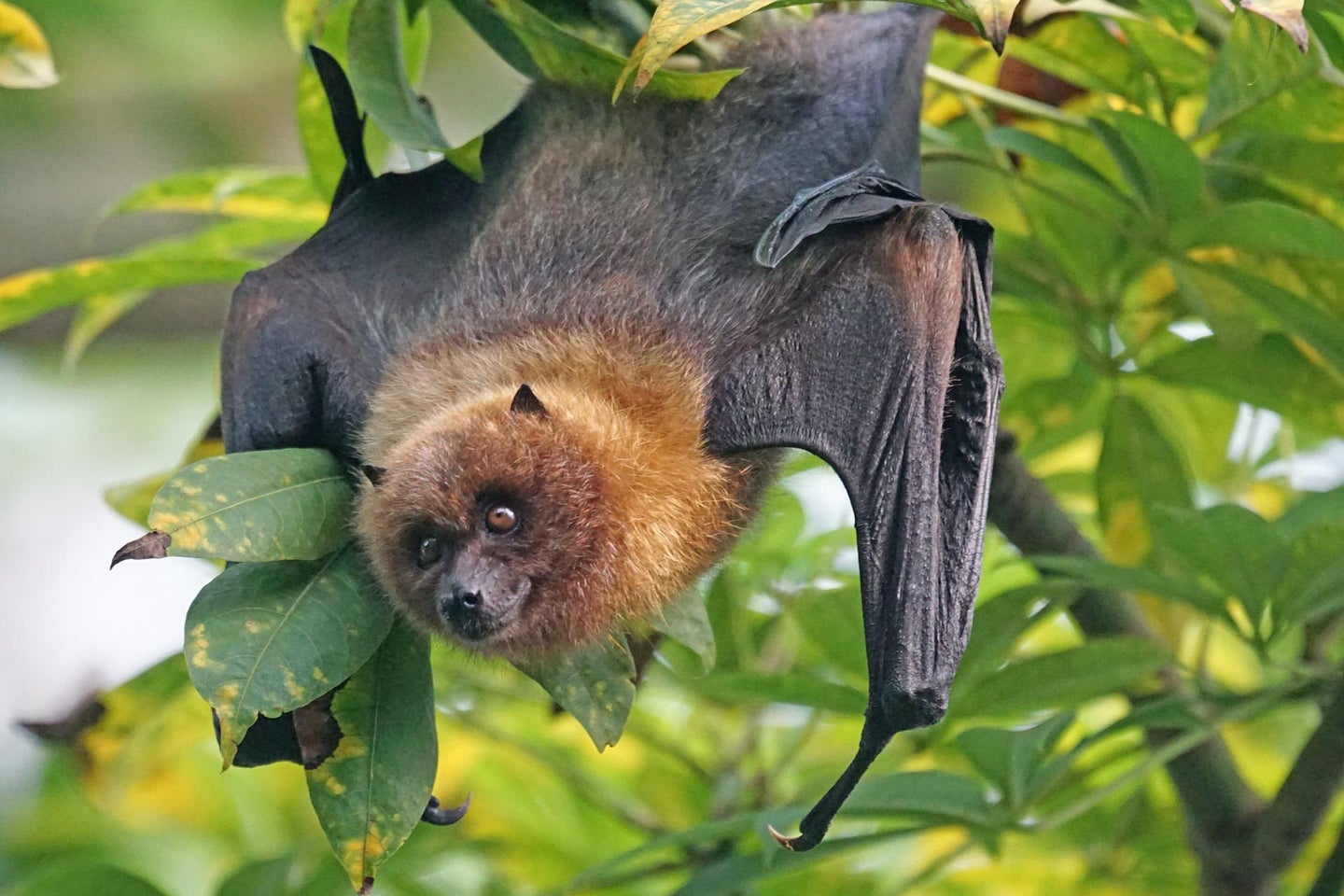 It turns out, humans can echolocate—just maybe not as well as bats. Pixabay
SHARE

FACT: Echolocation might be a much more common human ‘superpower’ than you think

In 2015 the NPR podcast Invisibilia did an episode called “How To Become Batman.” That was my first real introduction to Daniel Kish, who’s arguably the most famous human echolocator on the planet.

Even if you missed that NPR segment, you’ve probably seen viral videos of Kish. He lost his eyes to retinal cancer during infancy, but his ability to navigate the world rivals that of any sighted person. He uses his tongue to make clicking noises, then interprets the sounds and their echoes to give him feedback on the space and objects around him.

Kish is now famous for teaching other people with visual impairments how to use what he calls “Flash Sonar,” and his prominence has inspired loads of research. And as it turns out, echolocation might be a pretty common superpower.

According to an analysis by Cambridge psychologists in 2014, the earliest known example of this practice was reported in 1954, when researchers described a child who produced clicking sounds to navigate his neighborhood by bicycle. And it’s actually quite likely that the French philosopher Diderot described something similar in 1749, when he recounted a blind acquaintance who could locate and estimate the positions of objects that didn’t give off their own sound.

Diderot thought that his friend was taking note of tiny changes in air pressure to his skin. As late as the 1940s, folks were still trying to suss out how that might work, and a lot of the proposed explanations were very woo woo. It was around this time that researchers started to figure out that this was actually an auditory thing; the objects weren’t producing sound, but the people perceiving those objects were.

In hindsight, it’s obvious that any visually impaired person who has full use of their hearing does this to some extent. When someone uses a mobility tool like a cane, for instance, they’re getting auditory input as well as tactile.

But while many popular portrayals of flash sonar suggest that it relies on an enhanced sense of hearing, the truth is even more fantastic: it’s possible that any human who can hear can also learn to echolocate.

In 2021, a small study led by researchers at Durham University showed that blind and sighted people alike could learn to effectively use flash sonar in just 10 weeks, amounting to something like 40 to 60 hours of total training. By the end of it, some of them were even better at specific tests of their spatial perception than long-time experts of the technique.

When the average person off the street hears clicks like the ones Kish uses, their brains just hear noise. They react the way they react to the sound of a man clicking his tongue. But something different happens in your brain if you’ve learned to use flash sonar like Kish has. And it’s different between sighted people and blind people. If you can see, parts of your brain associated with auditory processing light up: you’re recognizing that there is information encoded into these clicks, and you’re looking for it with the part of your brain that interprets audio.

In blind participants, researchers saw those same areas light up. But they also saw parts of the brain associated with visual processing light up.

The journal Frontiers for Young Minds, which writes up scientific findings for young kids to read about, had a great way of explaining this. Imagine your brain is full of train lines. You’ve got your NYC subway and your metro north regional rail and Amtrak and you need the right ticket to get on each one. Sight and hearing are similar in that they take input from the world—light waves and sound waves—and convert them into electrical signals that your brain then interprets. But they run on different rail lines. So, research on so-called human echolocation shows us that if you’re not using your visual processing centers, your brain can reroute different traffic there. Imagine if suddenly your weekly subway ticket was good for Amtrak, too.

Why do we care? Because anything that involves getting your brain to do things differently than it’s always done them is easier when you’re a kid: you’ve done less. The brain is still actively forming and building those transit lines. So there’s reason to believe that giving blind children the freedom to explore the world around them will set them up to be able to navigate that world without limitations as they get older.

That’s an important lesson for all parents, because research shows that having the ability to undertake risky, dangerous play in the safest possible settings is key to developing confidence and critical thinking skills and self preservation. Even letting kids experiment with being kind of mean is an important way to let them develop a moral code, as opposed to just being afraid of everything.

FACT: A madcap crew is trying to make pogo into an extreme sport

The concept of a souped-up pogo stick goes almost as far back as the first pogos in the US. Inventors adapted the spring-loaded toys with propellers, even gas engines. But it wasn’t until the last couple decades that any such over-engineered stick—the latest use air pressurized two times the level of a car tire to send jumpers skyward—caught on. The reason? A generation of pogo jumpers hellbent on turning bouncing ten-plus feet aloft into the next BMX, skateboarding, or snowboarding.

Welcome to the world of extreme pogo, where athletes push the limits of physics to bust out midair tricks so wild they may just succeed in bouncing right into the spotlight. The road to every year’s Pogopalooza—their championship event, which has been going on since 2004—has been paved with cracked kneecaps, broken bones, split muscles, and even reconstructive surgery. But it’s also marked by incredible feats like 12-foot leaps, backlips, and combo stunts that sling pogoers upside-down, sideways, and pretty much everywhere in between.

FACT: Female African elephants are dropping their tusks to get the upper hand on poachers.

In the past decade, biologists and rangers in several African countries, including Mozambique, Zambia, and Kenya, have noticed more tuskless elephants being born in national and wildlife parks. Oddly, all of the animals have been female. Last year, researchers finally put it together.

In the late 1900s, poaching was rampant in several parts of Africa. Gorongosa National Park in Mozambique, for example, saw near-extermination in all its big mammal populations during a harrowing civil war. Today, herds of African bush elephants roam the park again, thanks in part to constant security and a crackdown on ivory sales. But hunters have still left an imprint on the genetic makeup of the animals. DNA analysis of several tuskless elephants shows that the individuals have a mutation on the same marker that helps grow incisor teeth in humans. The mutation kills male offspring, but is passed down among females, leading to a pattern of tusklessness. In Gorongosa, experts think the trait could affect up to 60 percent of the population if it continues across generations.

It’s still not clear if losing tusks to avoid poachers hurts the affected elephants’ survival in the long term. The mammals use the lengthy ivory accessories to dig up food, defend territory, and fight off predators. Elephants born without them might have low-nutrition diets or issues finding a mate. Either way, the rapid rate of adaptation in the African bush elephant is truly stunning—and shows that wildlife are fighting tooth and nail to make it with all the changes humans have made to the world. Read more examples, reported by Jason Bittle, in the fall “Daredevil” issue of Popular Science.